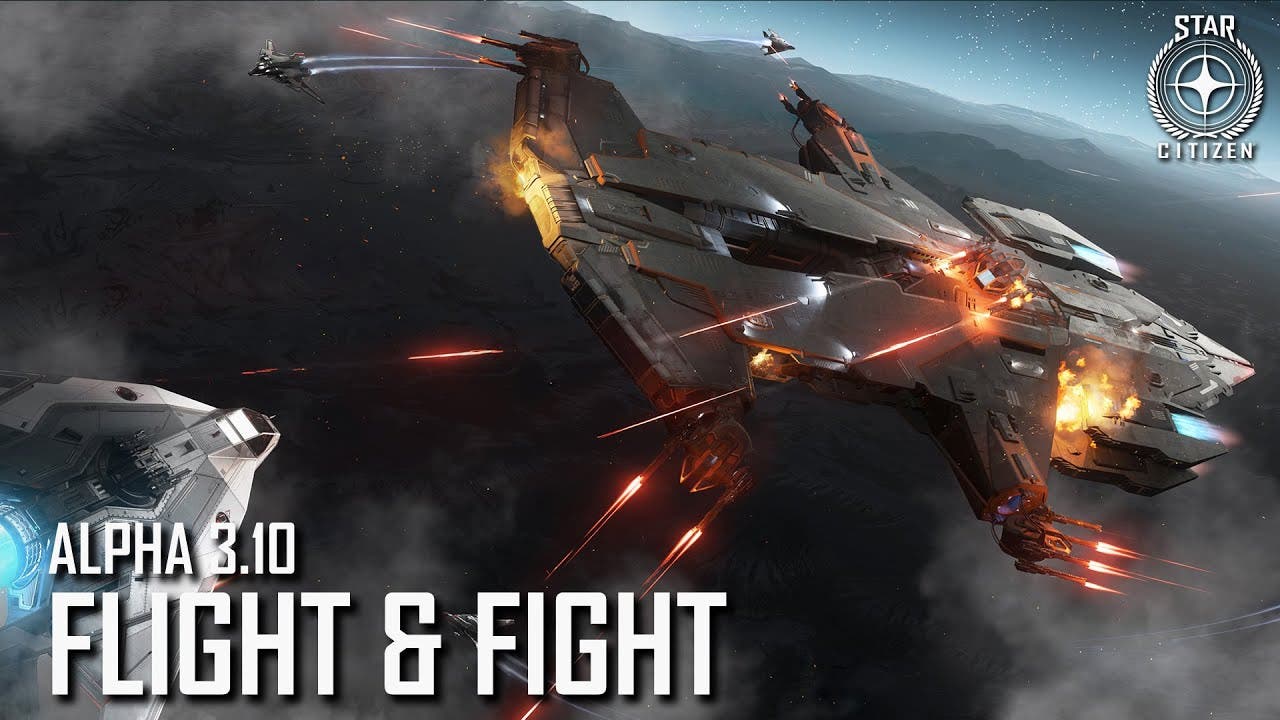 With the launch of the Star Citizen — Alpha 3.10: Flight & Fight update, players can look forward to more expanded experiences and deeper immersion. With new dynamic flight systems in place to enable thruster efficiency curves, aerodynamic ship surfaces, and jerk customized to every ship in the game, pilots should expect each ship in Star Citizen to behave differently and with much more individual character. Pilots will feel the difference and the g-force when flying through the atmosphere of a planet compared to battles in space. In short, flying in Star Citizen has never felt more realistic. These new dynamic flight systems are supplemented by major enhancements to fixed weapons and turret systems to make dogfighting and space combat more thrilling. For full details and patch notes covering the Star Citizen — Alpha 3.10: Flight & Fight update, please head here.

“Today’s launch of the Alpha 3.10: Flight & Fight Update marks a significant step towards our final vision for Star Citizen,” said Cloud Imperium Games CEO and Star Citizen creative director Chris Roberts. “The enhancements to flight and combat systems are just the beginning of the continued overhaul we intend to iterate over time with the help of our community and represents our continued commitment to deliver meaningful updates that improve the Star Citizen experience.”

Today’s launch of the Star Citizen — Alpha 3.10: Flight & Fight update also coincides with the Foundation Festival, a weeks-long civic program celebrating unity and volunteerism in the United Empire of Earth. In the game, veteran players are encouraged to help newcomers via the updated Guide System: Star Citizen’s live, personal “tutorial” system that matches new players with veterans through chat and the grouping system for 1-on-1 instruction on how to play the game. From now until August 19, all players who use the Guide System will earn in-game rewards. Head here to find out more about the Foundation Festival celebration.

Star Citizen combines classic space sim gameplay with boundary-pushing visuals in a massively multiplayer setting with unprecedented fidelity. Live how you want to live: shift from cargo hauler to outlaw, or explorer or any other role, whenever you want. Play across multiple planets and moons, including vast cities and underground caverns, all created with a unique combination of procedural planet technology and complementary hand-crafted design.

For further information, including how to download and play Star Citizen, visit the official website. Enlist today and join this ever-expanding universe by visiting the game’s Welcome Hub and Guide System for tips on how to play. Millions of players from around the world have already joined to help CIG build the most ambitious game ever made. For continued updates, keep up with Star Citizen on Facebook, Instagram, Twitch, Twitter and YouTube.