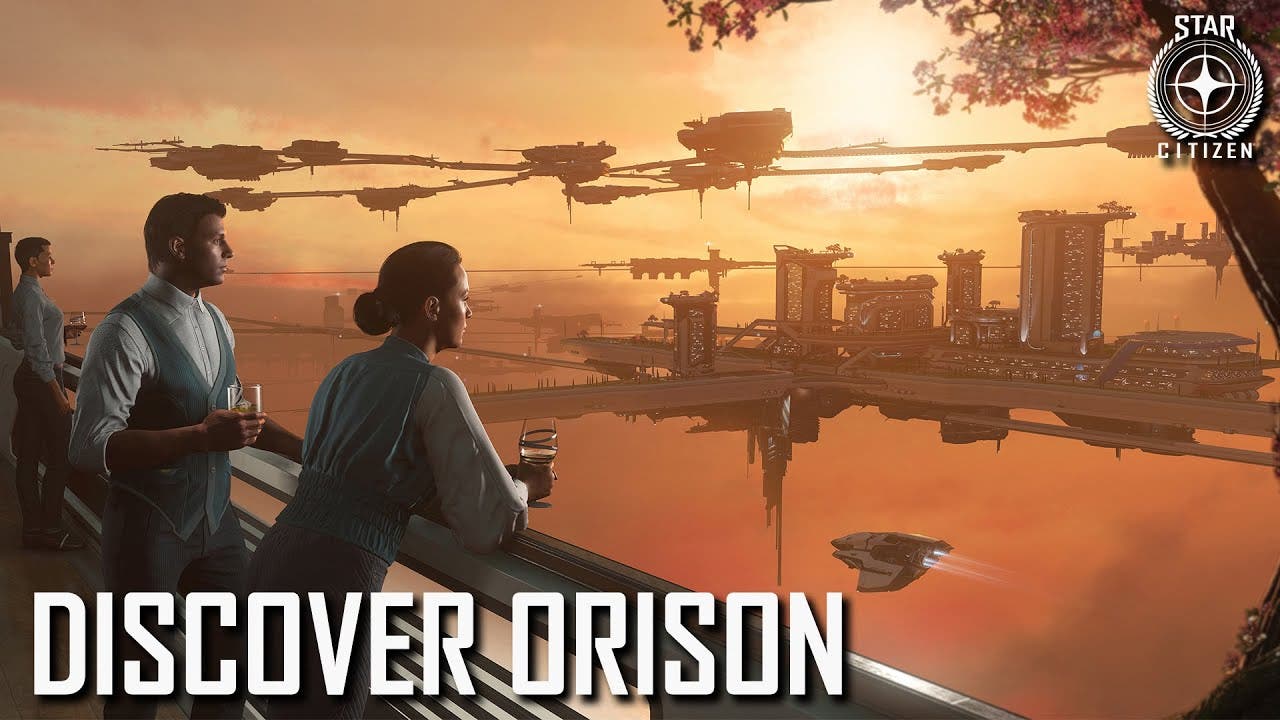 LOS ANGELES – Aug. 9, 2021 – Cloud Imperium Games (CIG) is proud to announce the launch of the Star Citizen — Alpha 3.14: Welcome to Orison update. Available now, the latest update further increases the size and scope of the Star Citizen universe with the introduction of Orison. This brand-new landing zone and headquarters for the Crusader ship manufacturer company is accessible for the first-time to Star Citizen players. Set amongst the clouds of the giant gas planet Crusader, this gigantic floating city represents the final and most impressive landing zone created for the Stanton System. In addition, pilots can look forward to a wide array of new gameplay systems offering even more control over their ship’s performance during combat. These improvements to ship-to-ship combat systems will also play a critical role in the rollout of Dynamic Events such as the brand-new Ninetails Lockdown and a compelling XenoThreat incursion.

“We are very excited for players to visit and explore the Orison Landing Zone, our very own ‘City in the Clouds,’ marking a major milestone for us as the fourth and final landing zone of Stanton system is delivered — and I couldn’t be more proud of what our teams have accomplished,” said Cloud Imperium co-founder and Star Citizen Creative Director, Chris Roberts. “With the implementation of our volumetric cloud tech, Crusader is now re-imagined as an awe-inspiring, beautiful gas giant just waiting to be visited. Star Citizen has never looked better, but beyond the clouds of Alpha 3.14 – Welcome to Orison there is even more for both new and longtime players to discover in our latest update with major ship combat improvements, new dynamic events, the long-awaited arrival of the fan-favorite Constellation Taurus, and more.”

Today’s Star Citizen — Alpha 3.14: Welcome to Orison update launch represents CIG’s continued commitment to creating the most ambitious, uncompromising, and transparent game development project to-date. For full details on the Star Citizen — Alpha 3.14: Welcome to Orison update, please head here. Players interested in what each development team is working on are encouraged to visit the Star Citizen Progress Tracker and roadmap on the official website.

Star Citizen combines classic space sim gameplay with boundary-pushing visuals in a massively multiplayer setting with unprecedented fidelity. Live how you want to live: shift paths from cargo hauler to outlaw, explorer, or any other role, whenever you want. Explore multiple planets and moons, including vast cities and underground caverns, all created with a unique combination of procedural planet technology and complementary hand-crafted design.