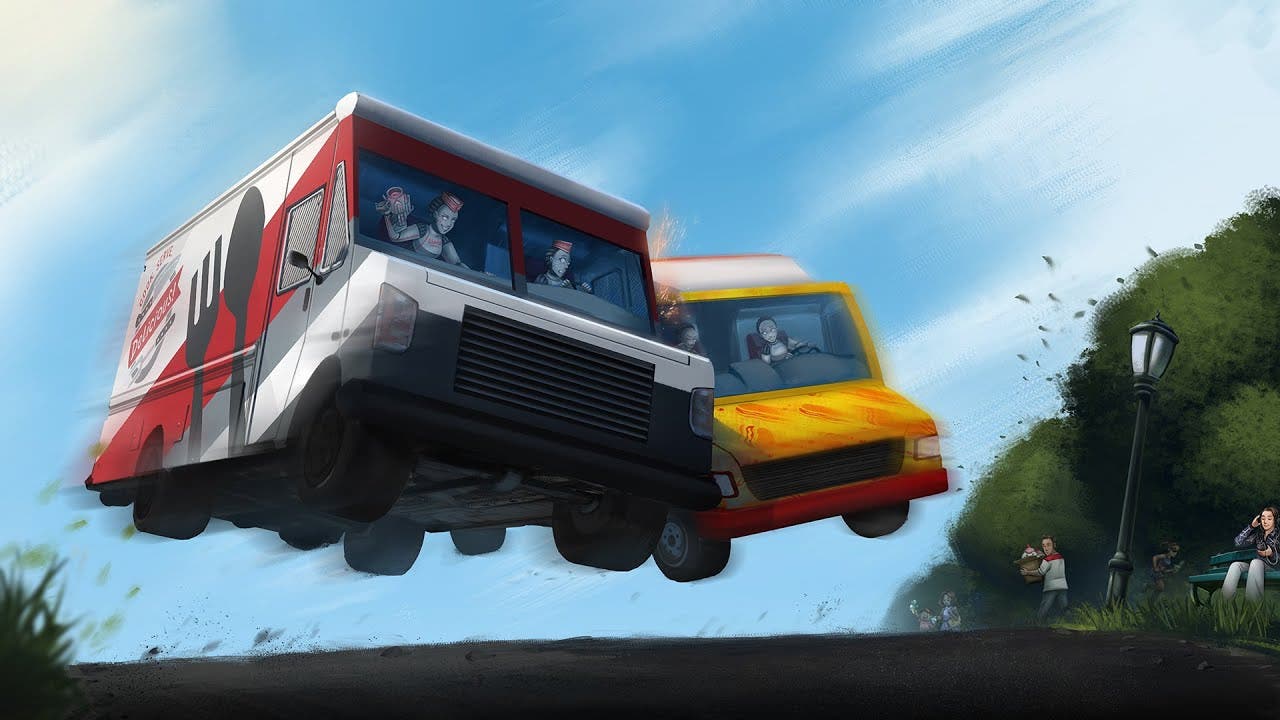 Cook, Serve, Delicious! 3?! leaving the Early Access kitchen in October when it releases onto PC via Steam and GOG, Switch, PS4, and XB1

August 13th, 2020 — Vertigo Gaming Inc. is excited to announce the latest title in its million-seller restaurant management series Cook, Serve, Delicious! 3?! will exit Early Access and fully launch for $19.99 this October on Nintendo Switch, PlayStation 4, and Xbox One consoles as well as Windows PC and Mac via Steam and GOG.

Hit the road in this massive sequel to the million-selling Cook, Serve, Delicious! series as you travel across the United States to participate in the Iron Cook Foodtruck Championships with your trusty robot crew Whisk (voiced by @negaoryx) and Cleaver (voiced by @havanarama).

Set in the radically-changed war-torn America of 2042, play through an all new story-driven campaign where you cook hundreds of foods—including many brand new to the series—across hundreds of levels in a new gameplay structure that has been completely redesigned to deliver fast-paced action, or take it easy with the all new Chill Mode that can be toggled on or off at any time!

Cook, Serve, Delicious! 3?! is available now for $14.99 in Steam Early Access — touting an Overwhelming Positive rating of 97% from nearly 700 user reviews — and GOG for Windows PC. For updates and release notifications, subscribe to Vertigo Gaming Inc.’s newsletter or add CSD3 to your wishlist on Steam.