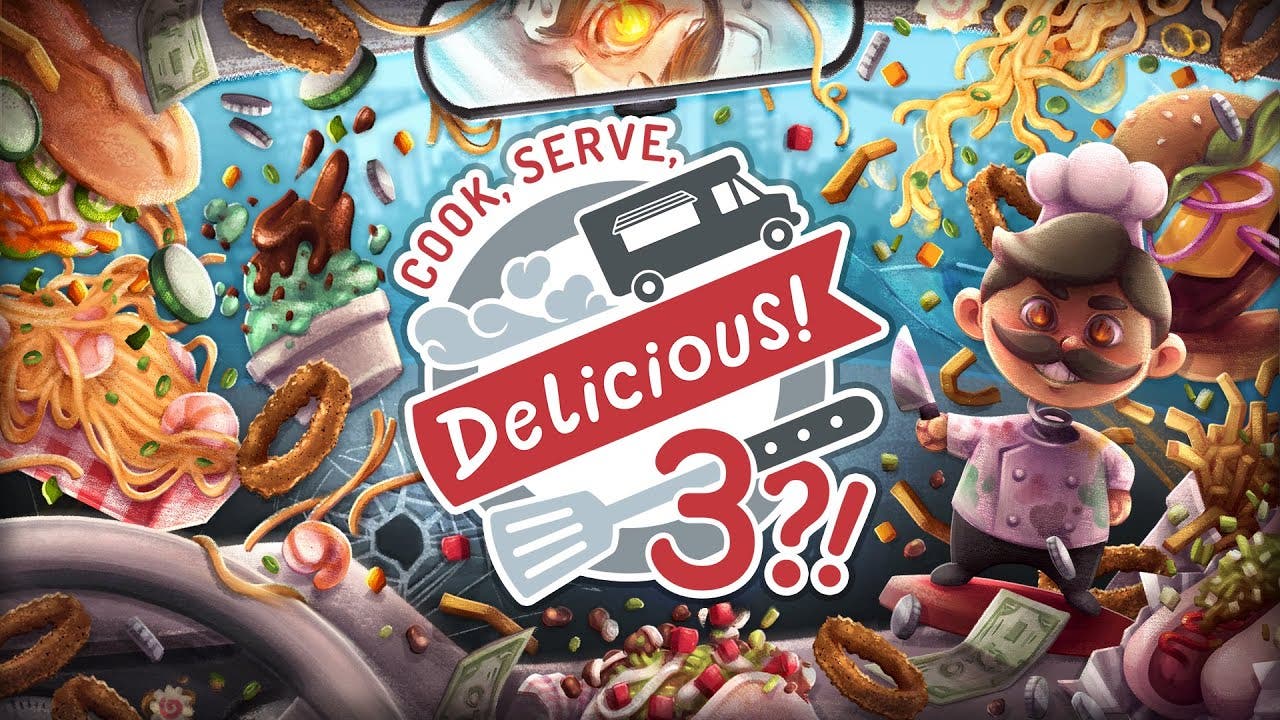 August 6th, 2019 — Vertigo Gaming Inc. is thrilled to announce the latest title in its restaurant management series Cook, Serve, Delicious! 3?! is in development for an initial release in January 2020 for Windows on Steam Early Access, with a full launch including console releases scheduled to arrive within 2020. The announcement of the third title in Vertigo’s hit cooking game series arrives on the heels of the original Cook, Serve, Delicious! and Cook, Serve, Delicious! 2!! selling over 1m units combined across PC, console, and mobile platforms!

Hit the road in this massive sequel and travel across war-torn America to participate in the Iron Cook National Food Truck Championships with your trusty robot crew Whisk — voiced by @negaoryx — and Cleaver — voiced by @havanarama. Set in the radically-changed USA of 2042, play through the all new story-driven campaign where you cook hundreds of foods — including many brand new to the series — across hundreds of levels in a new gameplay structure that has been completely redesigned to deliver fast paced action, or take it easy with the all new Zen Campaign that can be toggled on or off at any time!

Play through the campaign via single player or with a friend in local co-op (with the ability to change on the fly), upgrade your food truck with dozens of gameplay-affecting modules, expand your food catalog, and race to the nation’s new capital in Nashville, Tennessee, to prove once and for all that you’re still the best chef in the world.

To celebrate the milestone and new game reveal, Cook, Serve, Delicious! 2!! is on sale as Steam’s Deal of the Day, along with discount promotions on the Nintendo Switch eShop as well as for Xbox Live Gold and PlayStation Network subscribers. Along with the game discounts, IndieBox is now offering plushies of CSD2’s Chilly Bowl mascot, Sundae! Lastly, we’ll be demoing Cook, Serve, Delicious! 3?! in Seattle later this month at PAX West 2019. Details on where you can find us and check out the new game to come ahead of the show!

Cook, Serve, Delicious! 3?! will fully release in late 2020 on Windows PC, Nintendo Switch, PlayStation 4, and Xbox One. For updates and release notifications, subscribe to Vertigo Gaming Inc.’s newsletter or add CSD3 to your wishlist on Steam.