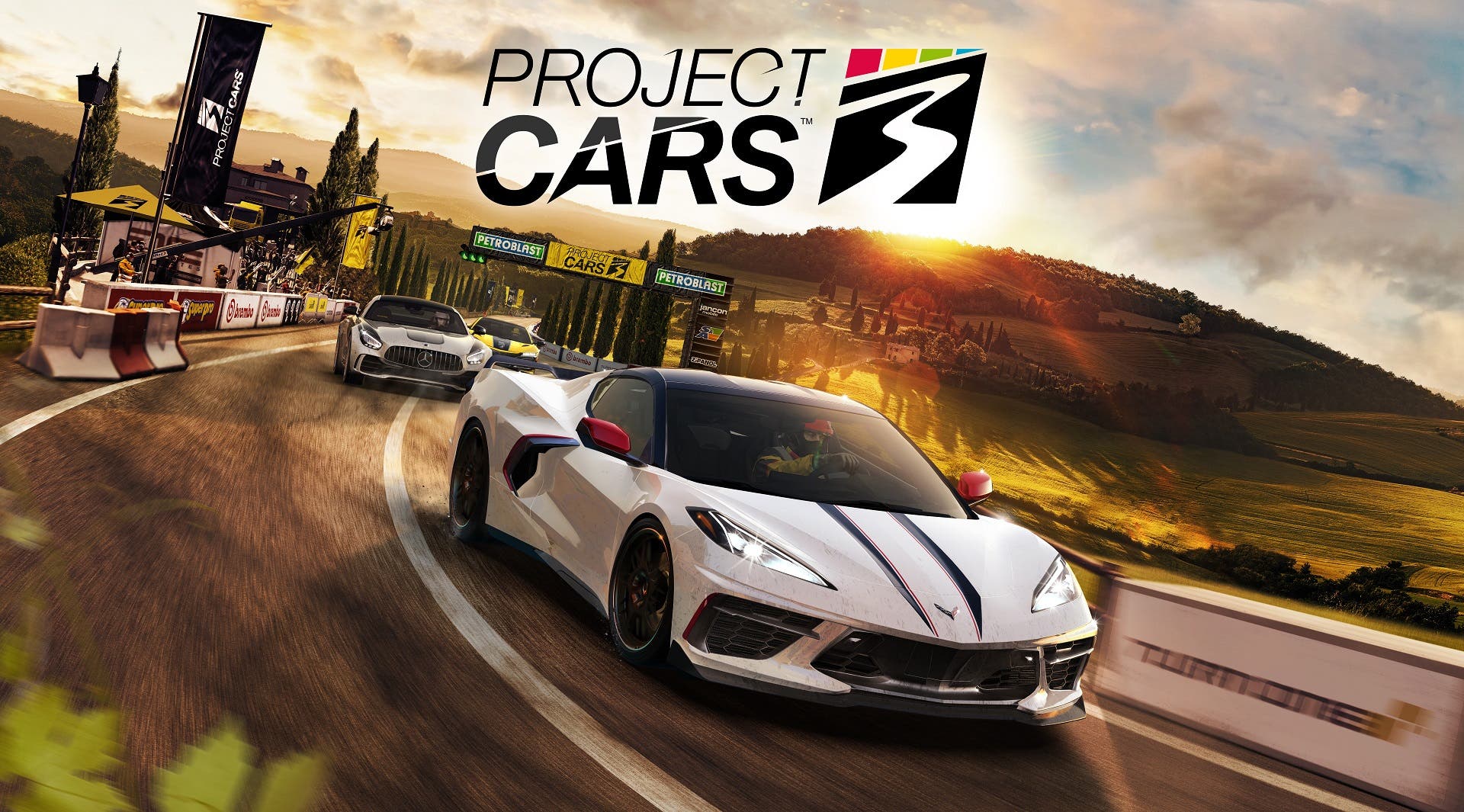 Project CARS 3 relaxes its simulation and hardcore nature for a much more inviting and better streamlined experience than the prior two games ever achieved. Though, with Slightly Mad Studios straying from what made this series so popular, there’s likely going to be some dissent about the direction of this game. It may not be the relentless driving experience you once came for, but it’s got a copious amount of content for both online and offline, with incredible audio and gorgeous visuals to accompany it all. Project CARS 3 retains lots of fan-favorite modes, vehicles, and features that refuses to disappoint. 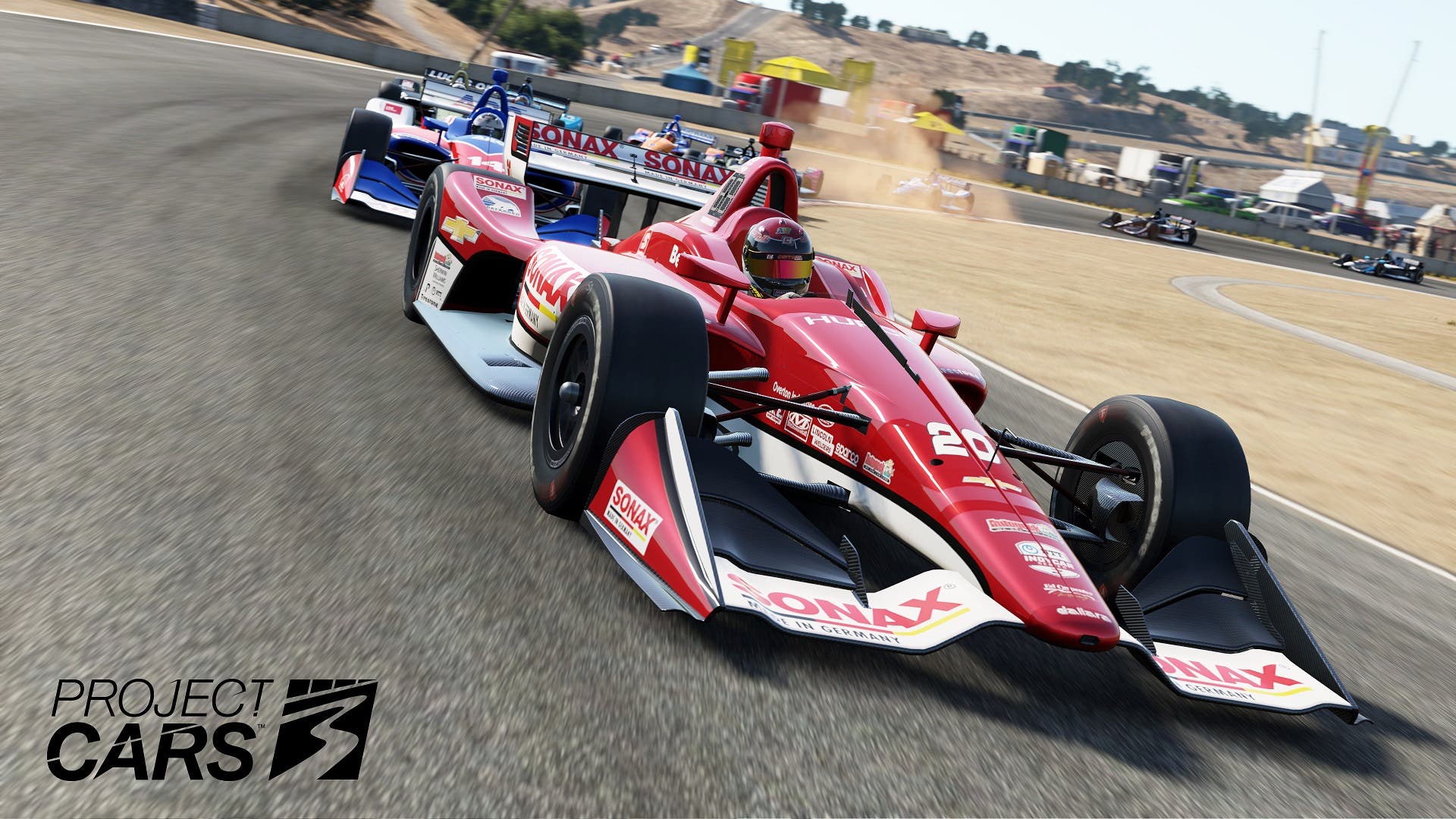 From the jump, Project CARS 3 exudes style and personality. You begin your career by selecting an character, outfit, and helmet, but you don’t get to set your racer or career name. From here you’re introduced to the basics while the game learns what settings to offer you in terms of handling and assists. The career doesn’t do anything revolutionary, so it’s a straightforward “zero to hero” style racer where you begin in lowest racing class of road vehicles, and work your way up in the success ladder to unlock new races and championships. This is where you earn experience and credits to purchase new cars and upgrades. It’s not until Road C-series where things feel grindy. And then you’ll have to make a decision whether to sell cars from previous tiers or replay older races to make the money necessary to truly move on. Overall, the career mode is a huge improvement and the objectives are fun to complete, even if they are a gate to progress.

Multiplayer returns to offer quick sessions, and organized events to play with real people. During the pre-release phase, I was unable to link up with anyone. The Rivals mode features daily, weekly, and monthly challenges to complete for XP and money. Perhaps the the best mode is Custom Events, a returning mode where you set the season, time of day, how fast or slow time progresses, and weather. There’s lots of real-life and fictional tracks all based on real-world locations in Project CARS 3. It’s a little less than Project CARS 2, but it has many new ones in addition to long-standing favorites. New real-world tracks like Interlagos and Bannochbrae are fantastic, with fictional locales like Tuscany and Monument Canyon are gorgeous. It’d be criminal for Slightly Mad Studios not to have Azure Coast or California Highway back, and they are to freely drive with the HUD turned off while using a wheel and pedals like they were meant to. 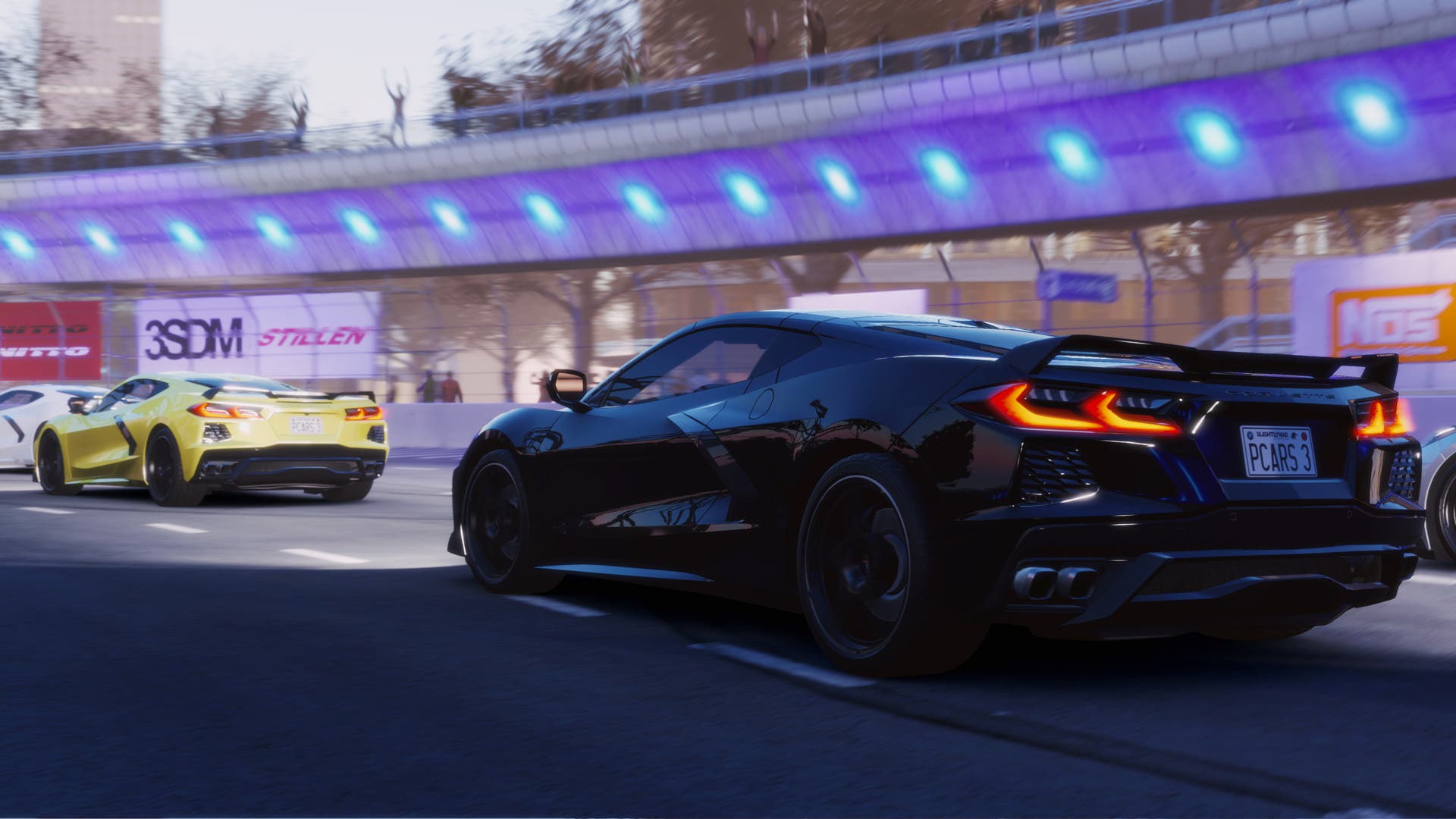 With everything you do, from passing to drifting to maintaining a clean lap, you’ll earn experience. Experience is given in two forms: driver XP and vehicle XP.

Vehicle XP will net you a percentage of a discount when buying upgrades, and Driver XP is what contributes your driver level, which often gates certain high-class vehicles from being able to be purchased. The driver level also has ten pips to be filled before it changes over to the next level. Going from Driver level 1 to 3 took nearly one million experience points. So it is a much slower progression than the vehicle experience you gain.

There’s a much expanded car roster, allowing you to find and purchase vehicles from manufacturers you know well like Ford, Porsche, Lamborghini, BMW, Acura, Nissan, and the likes. Newcomers like the Toyota Supra GP, Bugatti Chiron, and Chevrolet Corvette Stingray (C8) are impressive. Money doesn’t come fast or easy, so you’re encouraged to upgrade your car through the ranks. You can even purchase a race conversion kit to bring your favorite car into the GT class. There’s a bond you form with your car, and the game tries to let you use a single car through most of the career. This is bolstered by the fact you can customize your car visually, either through liveries or custom paints, down to custom license plates, and even tire selection. 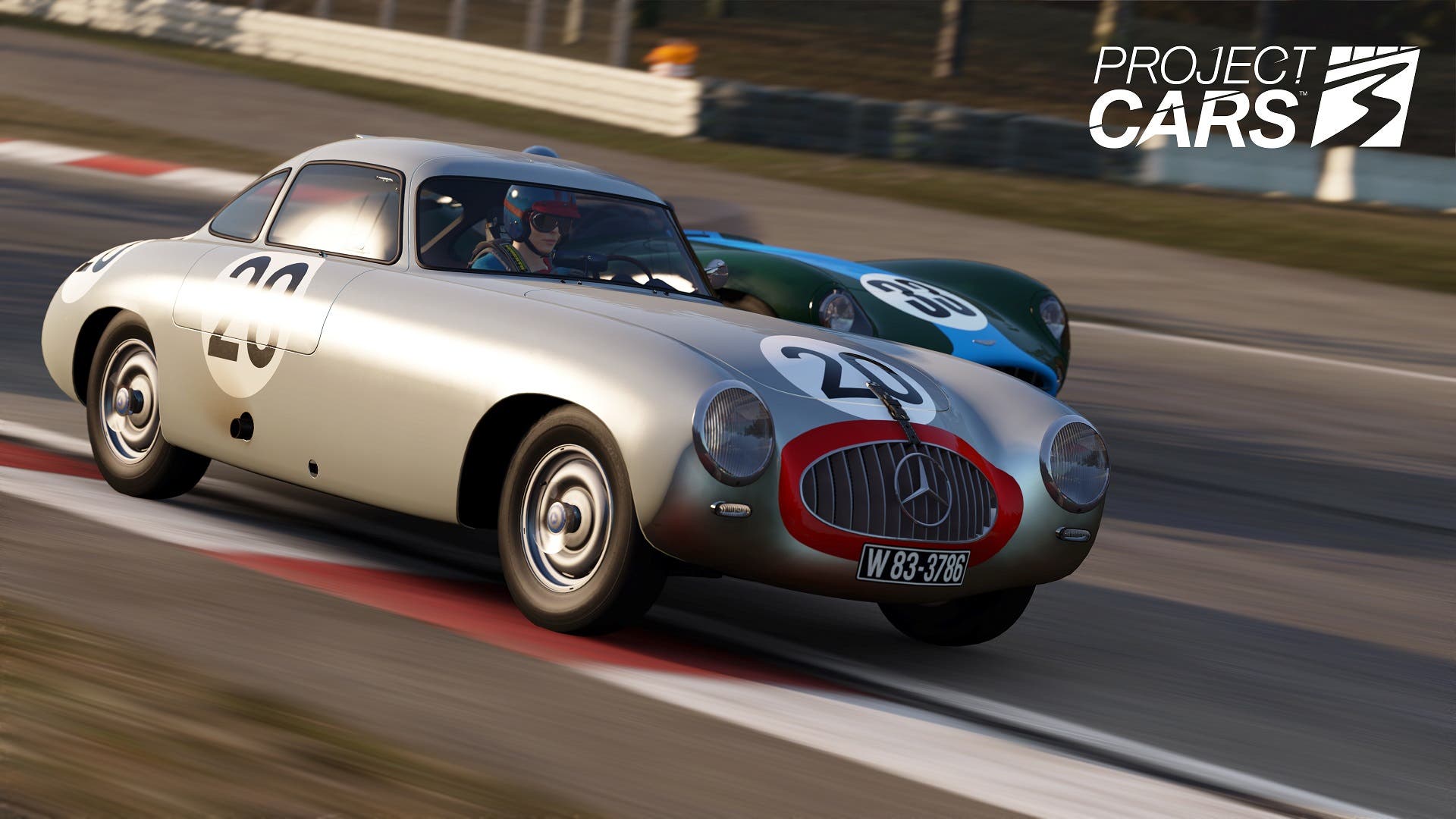 Project CARS 3 features a lot of race types. There’s 10 series of races across Road, GT, and Bonus tiers. The bonus tier contains invitationals and challenge races that span history and other disciplines like racing big rigs. There’s some flexibility in trying out other classes, though you’ll have to spend your hard-earned credits to do so. This is especially helpful if you get stuck in a particular race or series, and just want to move on. There’s many races to take part in, either lap-based or point-to-point. Then there’s hot lap where you have just one lap (while getting a running start) to get one of three fast times. Then there’s my least favorite type, pace setter. Here you have three laps to set an average time to get the fastest time. Lastly, there’s breakout where like the DIRT series, you must break soft barriers to earn points to get the highest score. The game offers a lot of variety, but the traditional racing is still king here.

While the game has pared back the realism, it won’t allow you to cut corners, quite literally as you’ll be slowed and go invisible as a penalty. You have the ability to master corners and the driving line, which are mini-challenges while driving. And for someone like me, I was absolutely compelled to get them whenever possible. Each race also features three objectives. These objectives are part of the race series where the championship unlocks after a number of objectives have been completed.

Slightly Mad Studios also changes things up this time around in terms of guiding you around the track. Instead of following what is the racing game standard of arrow lines on the ground from green to red indicating when you need to gas or brake, are now symbols. If the icon is an exclamation, it’s time to slowdown. If you see a bullseye, this is the apex of the turn. And when you see arrows, you’re now exiting the turn. Even with upgrades, it feels like you’re on the brink of control at all times. You have your choice of handling and assists from beginning to professional. But the way cars sway in turns, showcases oversteer or understeer, and how weight gets distributed are simulated. If your car manages to catch air, it will tilt towards the heaviest part of the car, usually where the engine is. The game has details where it counts, even if it’s not a full simulation anymore. 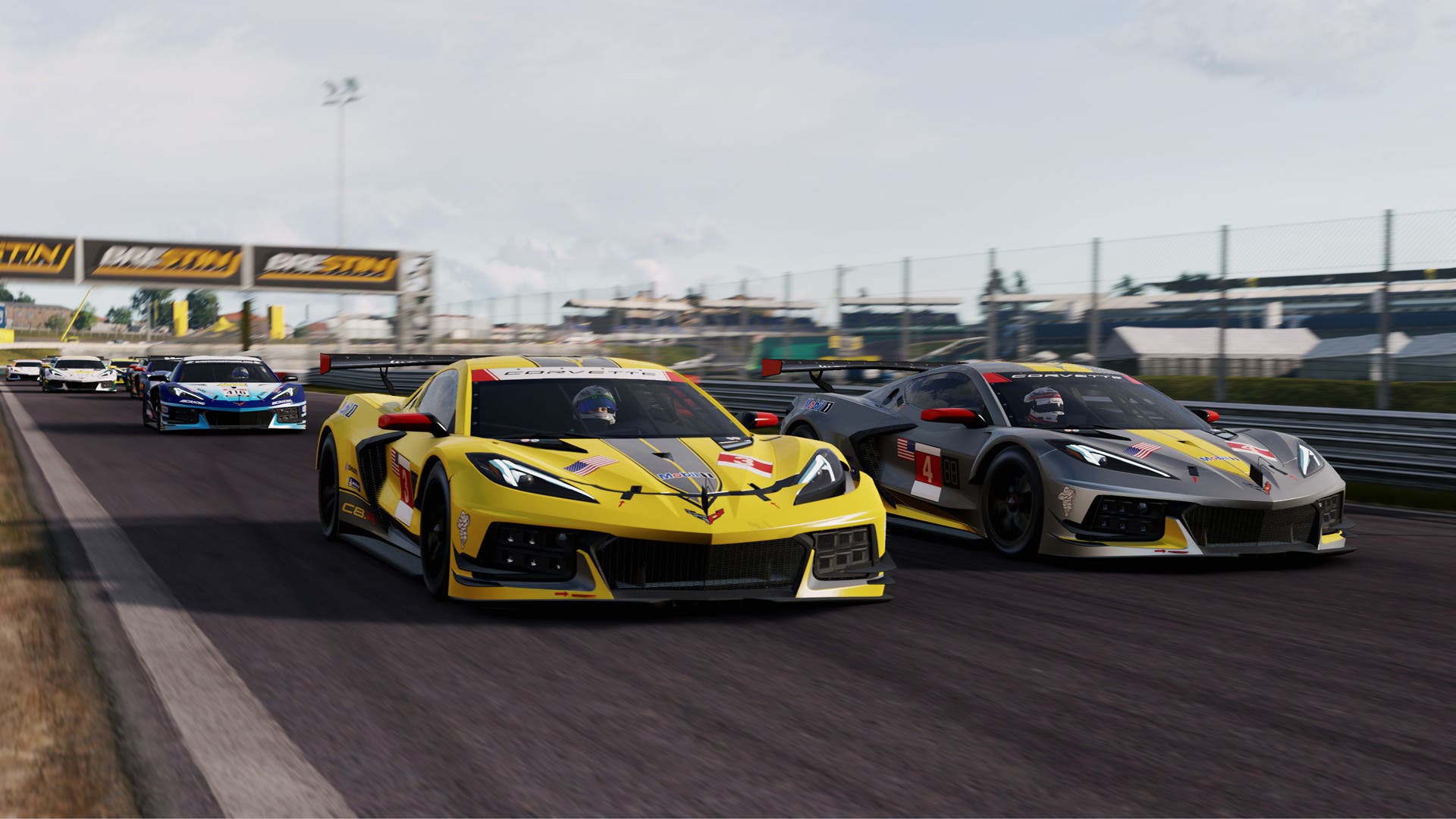 The helmet cam that’s persisted throughout the series, in conjunction with everything else, makes this game feel closer to Need For Speed Shift than its own predecessors. To which the developers have expressly said in recent interviews, and that holds true. It’s not quite an arcade game, but it can’t really be called a simulation racer anymore either. It straddles a line in-between both, and pulls it off really well. There’s bound to be disappointment within the community because, after all, the “CARS” in Project CARS stands for “Community Assisted Racing Simulation”.

For as much as Project CARS 3 adds and improves on, there’s quite a lot missing that appeared in the first two games. For instance, you won’t be able to measure tire heat, or how much fuel is remaining as both of those things have been removed. So don’t expect a race weekend, either. You have a race engineer chatting at you throughout the game, but there’s little point to him if you’re not needing to do a pit stop. Even in something like GT class, you’re never told anything helpful about the racers around you. They aren’t a spotter, and having an engineer when you don’t manage tires or fuel is just a superfluous presence. The game doesn’t feature Rallycross, Karts, or even ice driving this time, either. These are not significant losses, but the ice track in particular was my favorite of Project CARS 2, and was an exceptional challenge in custom or career events. 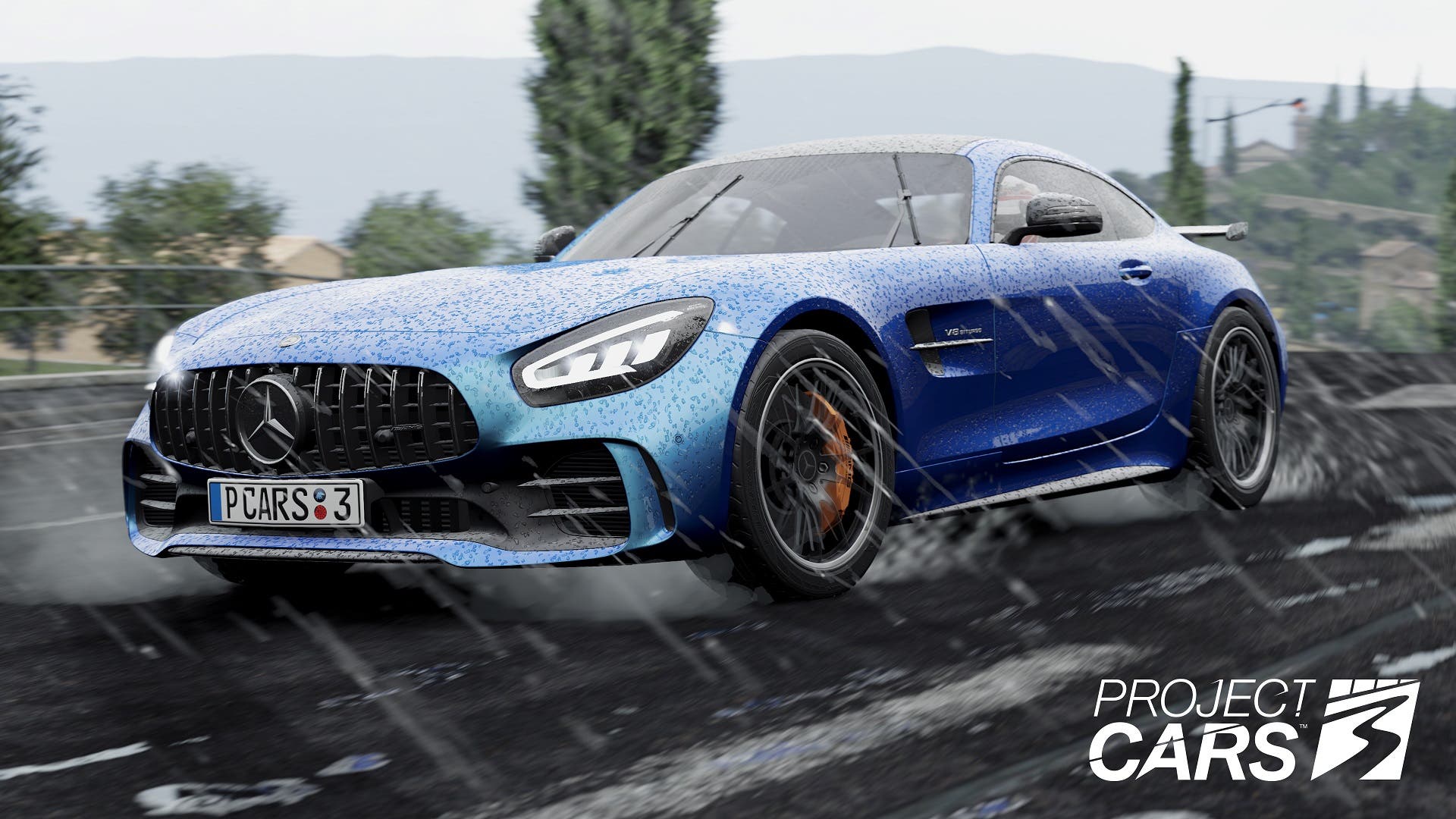 The visuals are largely the same as they were in Project CARS 2, though it does look noticeably better. It does run on the same engine as prior games, but it’s beginning to show its age and not offering a great leap forward visually. Dynamic weather returns, sporting new rain effects where it’s not just a bunch of grey slashes in the air. The harder it rains, visibility is reduced, and mist sweeps over the track, and water beads and streaks off the car. Weather and time of day can also change while racing. So you’ll see puddles form as a storm progresses, and evaporate if the sun comes out. The tech on display here is truly fantastic.

In the settings, there’s no anti-aliasing like FXAA or MSAA you can set this time around. You can at least set supersampling to low or high (OFF is default). Why it doesn’t have both AA and SS I’m not sure. Perhaps this’ll come in a future patch or due to a NVIDIA GameReady driver, but all the same, it manages to look great in motion, and standing still. 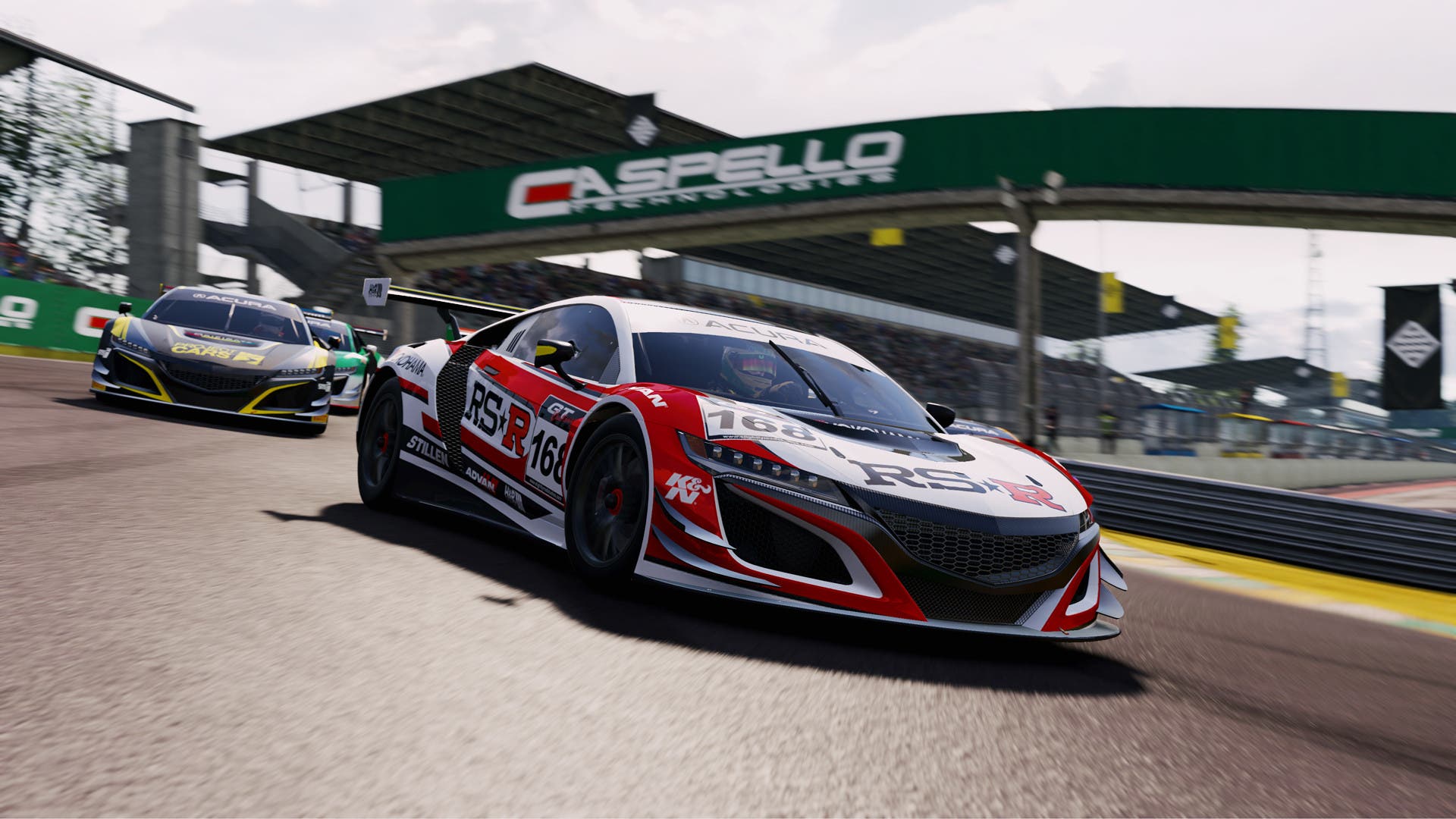 Project CARS 3‘s wheel support is exactly the same as the previous game. Though I’ll say that using my wheel, there’s dampened force feedback and stiffness compared to the last entry. There didn’t seem to be a way to make it feel like Project CARS 2. As a result, my recommendation for Project CARS 3 is to use a controller this time, and using a wheel would only be for novelty purposes. 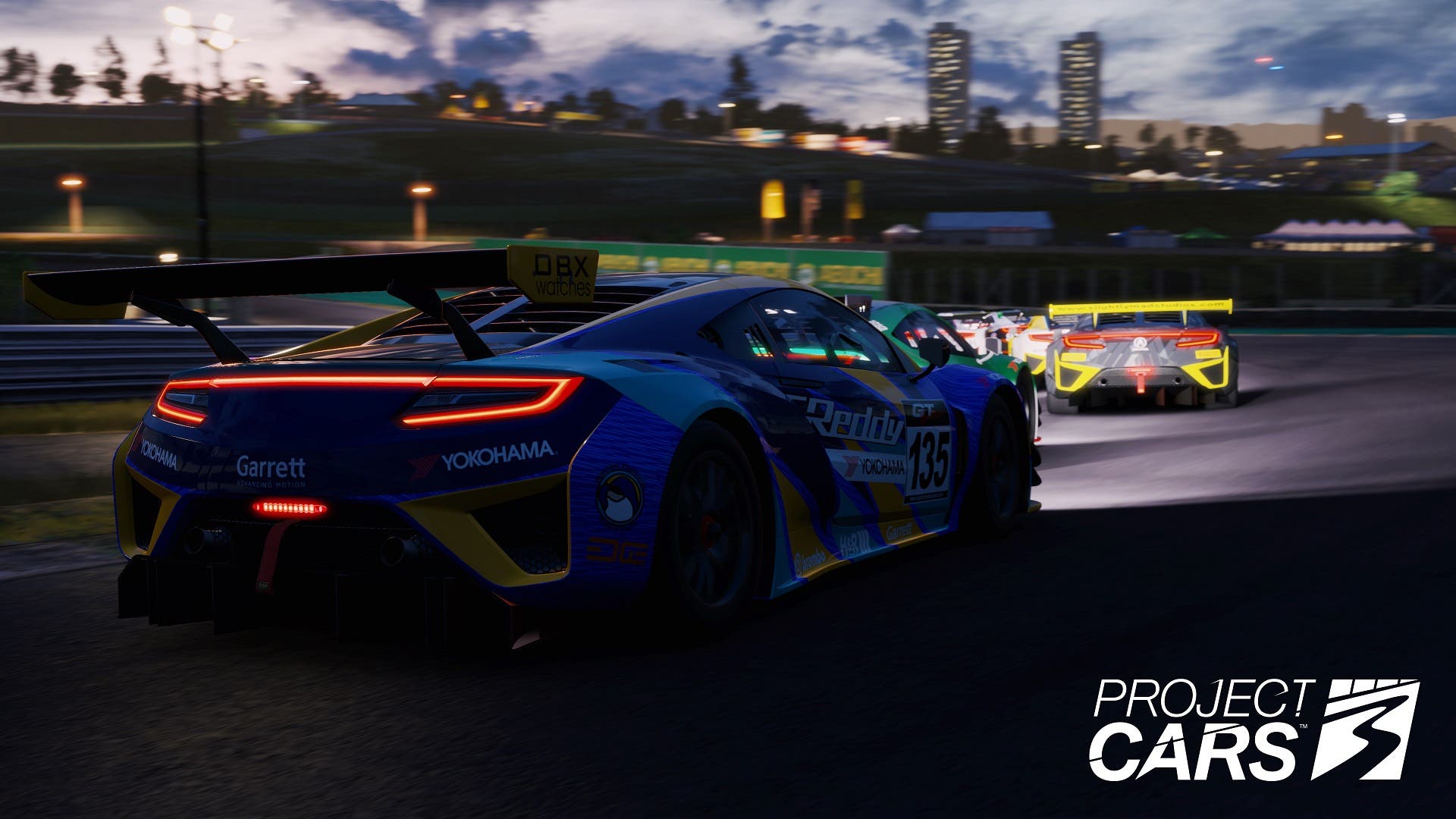 Anyone who didn’t like what Project CARS and Project CARS 2 offered, will love Project CARS 3. But also, the inverse is true; if you loved the first two for their pure unadulterated simulation, you’re likely to be turned away with this third entry. I found it a bit of a balanced approached that’s way more focused and in-line with other games in the genre, that remains appealing to me. Project CARS 3 is incredibly deep, retaining a lot of the DNA of what makes it so good. When you’re able to open up cars in straight lines to hear their exhaust notes, you’ll be sporting a Grinch-like smile that extends from ear-to-ear. That’s a priceless reaction you won’t get anywhere else but in Project CARS 3.