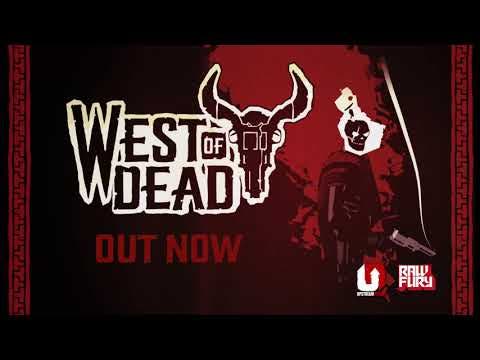 West of Dead, the cover-based twin-stick shooter is now available on Switch

STOCKHOLM — Aug. 26, 2020 — Step into a twisted maze filled with danger lurking in the shadows. Go on, my friend, there’s nothing to fear: West of Dead, the critically acclaimed, Western-stylized, tactical twin-stick shooter, previously released on PC, PlayStation®4 and Xbox One, launches today on Upstream Arcade.

Featuring the exceptional voicework of Ron Perlman (Hellboy, Sons of Anarchy) as protagonist William Mason, West of Dead awakens players in purgatory with no recollection of their past life. Fight hard to vanquish the evil spirits that inhabit this strange underworld while trying to piece together your memories. Death will not release its hold on you as you venture through purgatory again and again on your quest for the truth.

“They say there ain’t no such thing as a good death. I say it depends on which side of the gun you’re on…And what you’re fighting for.”

Find out more at https://westofdead.com.