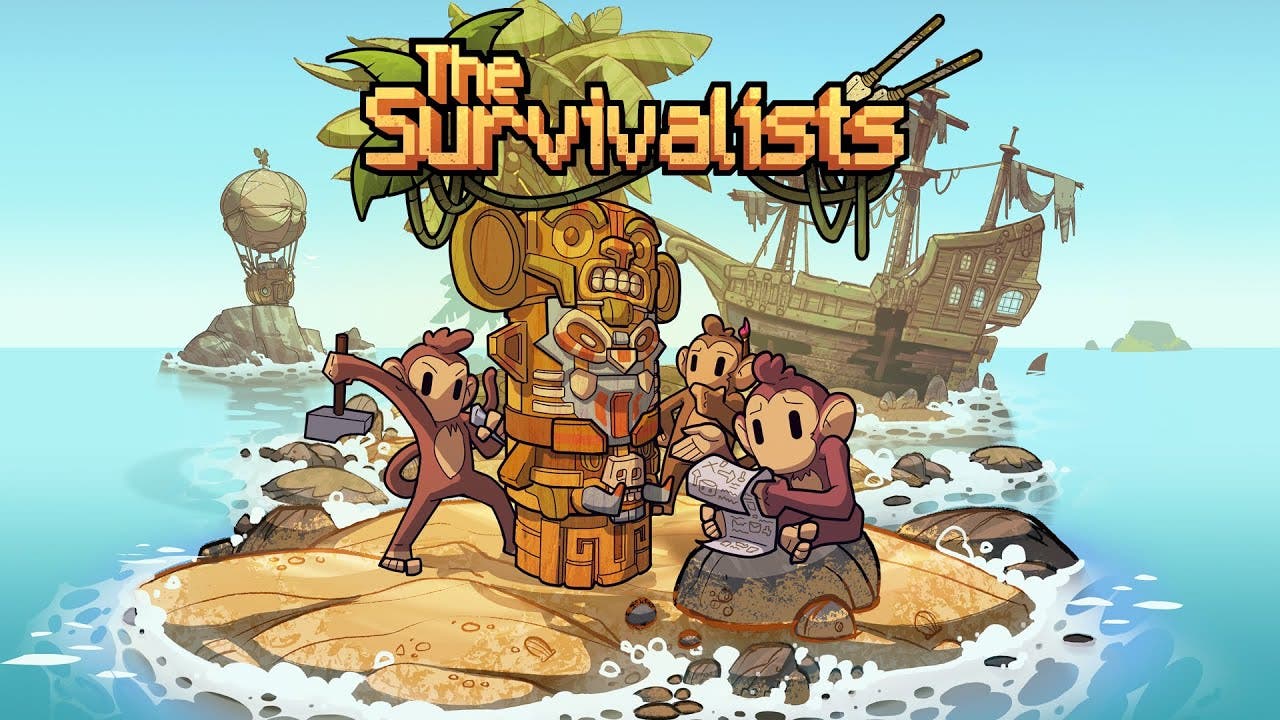 Thursday, 10th September 2020 – Team17 is transporting players to a desert island fantasy when The Survivalists launches on PC, PS4, Xbox One, and Nintendo Switch™ on 9th October. The solo and co-operative survival and crafting game, set within the acclaimed The Escapists universe, will also be coming soon to Apple devices – and exclusively for mobile – through Apple Arcade. Pre-orders are now open on Nintendo Switch and Xbox One; those who reserve their ticket to the procedurally-generated island paradise will receive cosmetic extras to enjoy either solo, or with up to three friends in local and online co-operative multiplayer.

As with Steam, those who pre-order The Survivalists on Nintendo Switch and Xbox One will receive the Monkey Business downloadable content pack, which provides players with additional accessories for their stranded characters (the exclusive Straw Hat, The Escapists Guard Hat, and Unicorn Hat) alongside six more hats for their monkey mates (Top Hat, Lumberjack Hat, Chef Hat, Crown, Hard Hat, and Pirate Hat).

For those eager to sample island life, a demo is now available on Nintendo Switch, and PC players can also check out a Steam demo before experiencing the adventure-filled paradise in full.