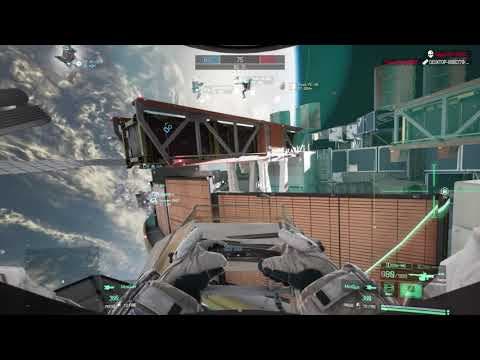 Guangdong, China — September 15, 2020 — Studio Surgical Scalpels is excited to announce that players will be able to get a first look into boundless space during the open benchmark test on September 24. Along with the benchmark test announcement, new details on game modes and characters have been revealed. The interstellar shooter will feature four action-packed game modes and six customizable characters at launch. Recently the studio unveiled the game’s Steam page and announced a simultaneous release on PC and PlayStation is in store for players.

With aspirations to provide incredible in-game resolution and visual perception to players, Studio Surgical Scalpels has utilized the power of real-time ray tracing in Boundary. The upcoming title’s realistic space environments will feature complex space structures and orbiting facilities for players to navigate through. Beginning on September 24, players will be able to participate in the ray tracing benchmark by downloading the game here. The developers aim to improve real-time cinematic-quality rendering, light reaction to surfaces such as reflections off player’s Astroperator suits, and more throughout the benchmark resulting in a stunning visual experience for players at the game’s launch.

The vast expanse of space awaits players in Boundary presenting a gravityless 360-degree battlefield. Blending elements of MOBA and FPS gameplay, the title will launch with four action-packed game modes; Facility Capture, Team Death Match, Skirmish Mode, and Orbital Capture. Facility Capture mode will pit two teams of five players against each other in strategic combat. Astroperators will have 15 minutes to exert their dominance by gaining control of key objective areas to earn points while also thwarting the enemy team from capturing.

Deadly accuracy and nimble maneuvers will reign supreme as bullets fly from all directions, in the time compact Team Death Match mode. In traditional death match fashion, players will earn points by eliminating members of the enemy team. Players will contend with threats from all sides and a variety of ammunition creating a stunningly tactical firefight that is anything but traditional. Alongside the Facility Capture and Team Death Match modes, will be the unpredictable Skirmish mode, which challenges players to quickly adapt when given random loadouts and Orbital Capture, a single-elimination mode, favoring calculated tactics and risk assessment.

No matter the mode players decide to jump into, they’ll have six diverse characters to choose from to wade into special combat.

For a first look at Boundary’s realistic space environments and real-time ray tracing in action, head to http://www.surgicalscalpels.com/rtbenchmark.html beginning on September 24. Players looking to have the ultimate experience of ray tracing can enter to win an RTX 3080 via the Steam wishlist giveaway here. Boundary is set to give players a heart-pounding and stunning gameplay experience through the use of innovative sound design and control of movement previously unseen in other titles of the genre. The immersive and realistic-inspired experience will be coming to players simultaneously on Steam and PlayStation later this year. To connect with other Astroperators join the official Discord.