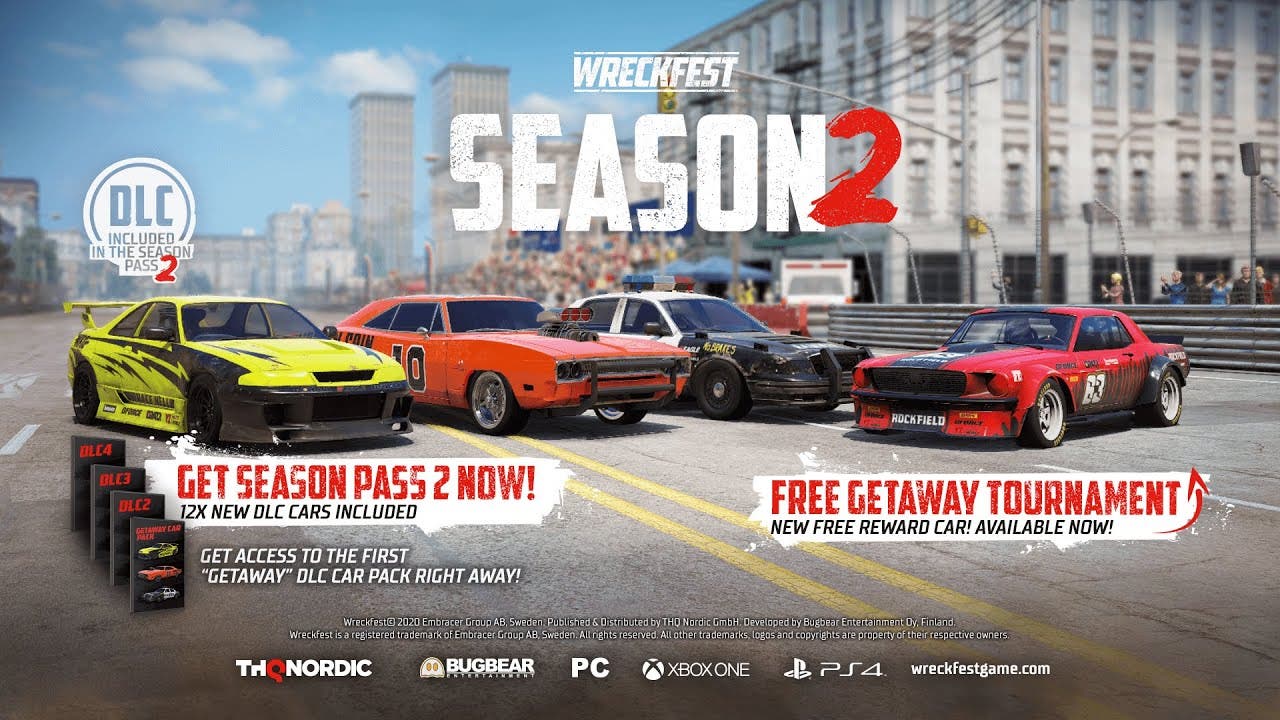 Vienna, AUSTRIA / Helsinki, FINLAND, September 15, 2020 – Ready, set, go! The second season of Wreckfest starts now and brings you some groovy features and changes. But see for yourself:

Season 2 lasts until March 2021 and brings you more free tracks, challenges, rewards, and DLC car packs. All four DLC car packs are included in the new season pass 2, which contains 12 cars in total and is available for $ / € 12.99 (digital only). The car packs will be released step by step. PC/Steam only: Players who buy season pass 2 between September 15 and 22 will get a 10% launch discount.

Free for all
All players get free new tracks with every DLC release. Also, a new tournament will launch every couple of weeks until the end of season 2.

Price Reductions
The new Wreckfest Complete Edition replaces the previous Deluxe Edition in all digital stores. It contains the base game as well as season 1 & 2 and is available now for € / $ 49.99 (digital only).