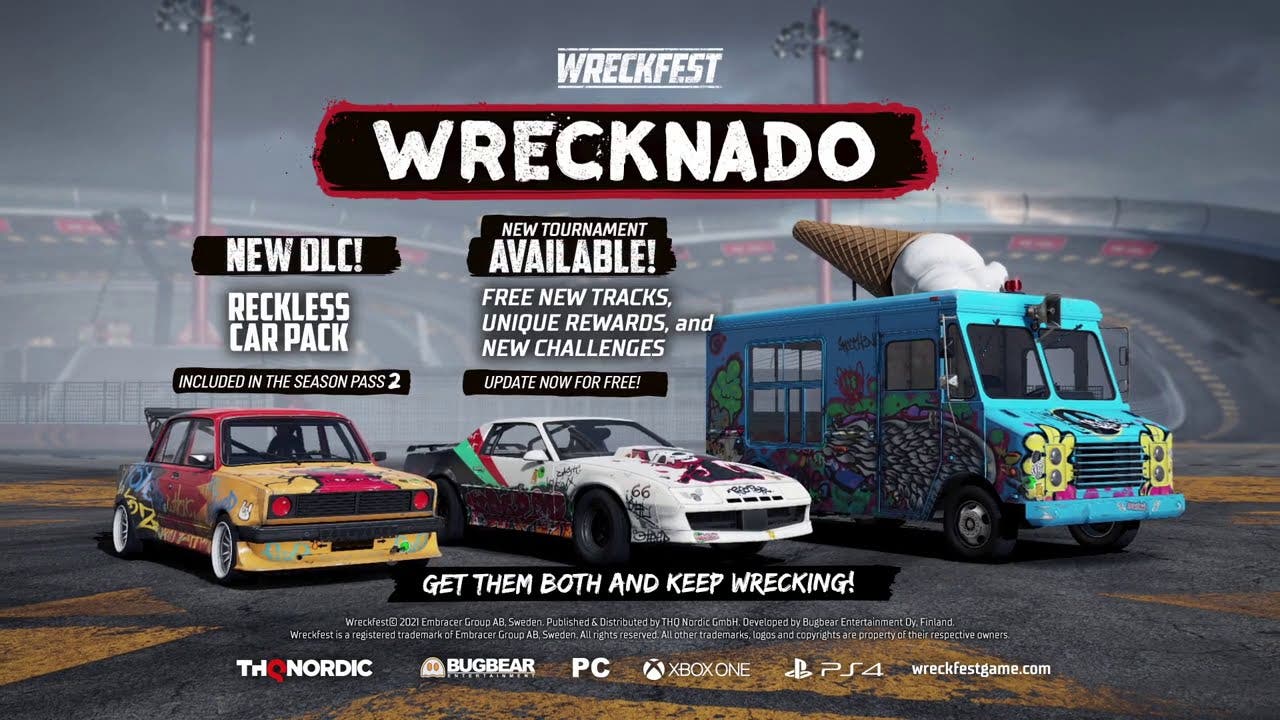 Vienna, Austria / Helsinki, Finland, February 9th, 2021 – Are you ready to face the “Wrecknado”? This brand new track is built for pure destruction – four big loops will lead the drivers right into the vortex of wrecking. This is tied into this month’s tournament, where wrecking meets racing: the player’s goal is to wreck as many AI cars on the new track as possible. And the better the position in the race they are, the higher the score that’s awarded.

Try out the Wrecknado today, it’s a free update for all players on PC, Xbox One™ and PlayStation®4.

You can find all details about new content, fixes and updates here: https://thqnordic.com/article/wrecknado-warning-new-tournament-and-car-pack-wreckfest-out-now Car Pack #9 aka the Reckless Car Pack is out today

Expand your garage with three unique rides! The Reckless Car Pack is now available for €/$ 3.99 if purchased seperately. It is also included in the Season Pass 2.

The third DLC pack is included in Season Pass 2, which includes 12 new cars, spread across four DLCs. This new content will be released step by step.