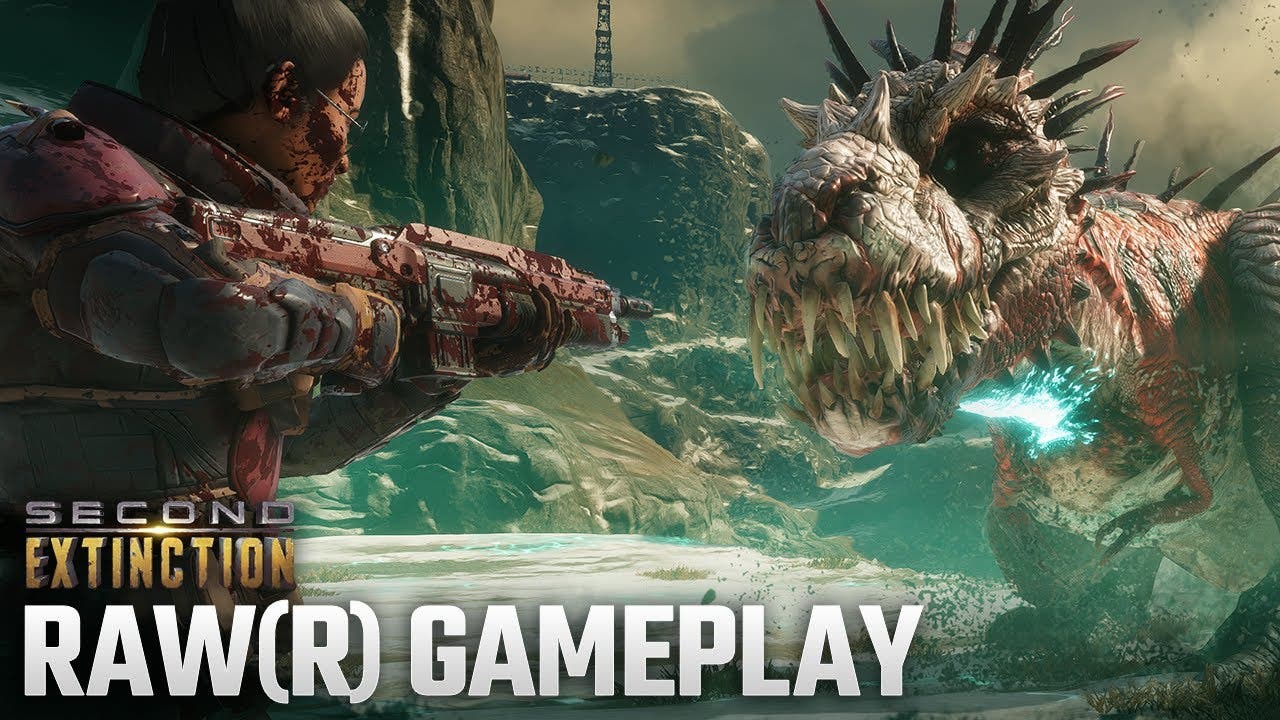 Systemic Reaction, a creative division of Avalanche Studios Group, has just dropped a new gameplay video for Second Extinction, the online co-op dinosaur shooter coming to Steam Early Access for PC on Oct. 13, 2020, for $24.99. Featuring over 15 minutes of new in-game action, this detailed look follows Jürgen, Amir and Ortega as they battle and explode through waves of massive dinosaurs to complete a Research and Rescue mission.

The team has also released the first version of its content update roadmap. Starting soon after the launch of early access, there will be free updates featuring new weapons, difficulty settings, dinosaur mutations, new War Effort emergence events and more! Check out this post from Systemic for more information:

Second Extinction throws teams of up to three players into fast-paced, intense battles to reclaim Earth. Gear up using a wide range of powerful weapons to attack waves of dinosaurs, now mutated and more dangerous than ever. Featured in Second Extinction is the War Effort: a community-driven global metagame that reflects changes in the ongoing fight against these deadly beasts. By taking down dinosaurs, completing missions and other activities, players will directly influence upcoming War Effort threat levels and challenges.

Second Extinction is available to wishlist now on Steam. It is also in development for Xbox Series X and Xbox One. For more information, visit www.SecondExtinctionGame.com, and follow @2nd_Extinction on Twitter.