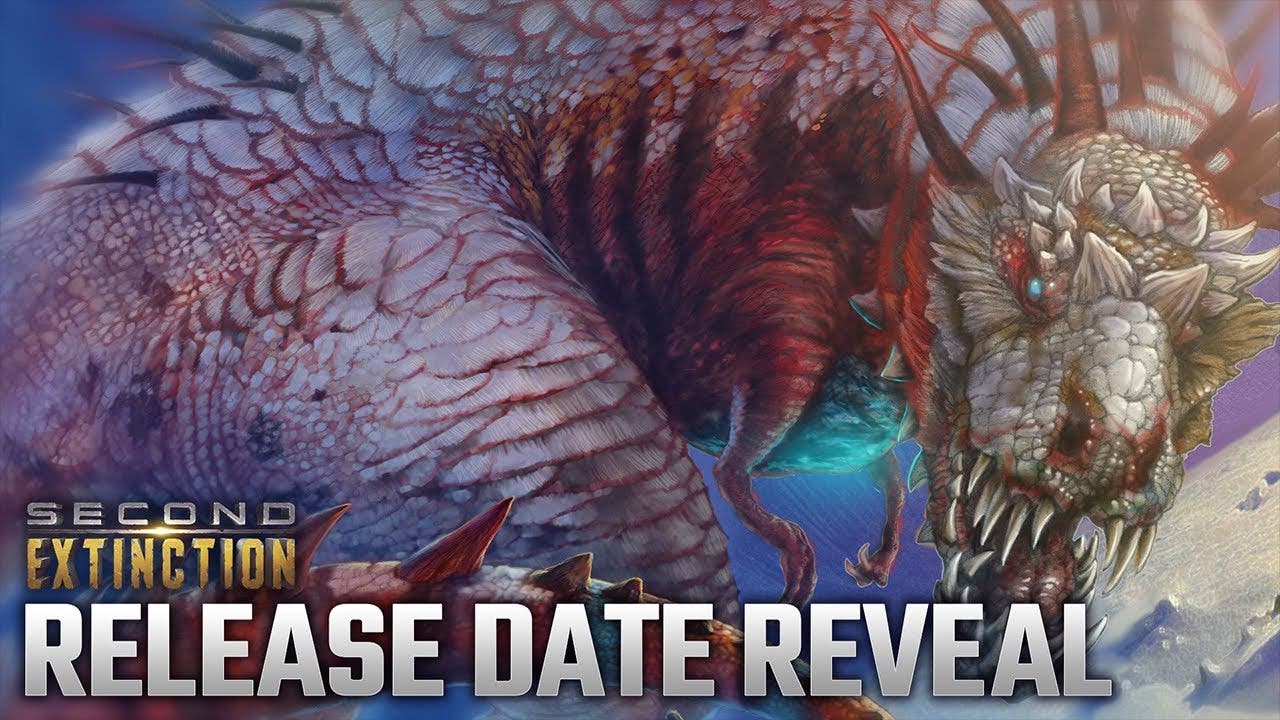 STOCKHOLM — Sept. 14, 2020 — Systemic Reaction, a creative division of Avalanche Studios Group, has announced that the online co-op dino shooter Second Extinction will be available on Steam Early Access for PC on Oct. 13, 2020, for $24.99.

The reveal accompanies a new trailer featuring a time-lapse cover art drawing for the game from legendary retro cover artist Tom duBois. Tom’s work for Konami defined the action game genre of the 90s, and his Second Extinction artwork captures the spirit of the era as characters Ortega and Amir make a great escape from the claws of death. “What helped fuel me creatively? That’s easy! Badass characters! Mind-boggling creativity! It gave me so much ‘go juice’ I wanted to honor the designers by being as loyal as possible to the characters. The process is a constant back and forth between revising, correcting, and fine-tuning until it just feels right. It never comes easy and it’s a battle from start to finish,” explains Tom duBois.

Second Extinction pits teams of up to three players together in fast-paced and intense battles to reclaim a dangerous frozen Earth from mutant dinosaurs. Fight side by side with your friends with a wide range of powerful weapons against beastly predators long thought extinct — now mutated and deadlier than ever! The War Effort is Second Extinction’s global metagame: by slaying dinos, completing missions, and more, players will determine the kinds of enemies, activities, challenges, and rewards they’ll face in different regions around the world.

Second Extinction is available to wishlist now on Steam. It is also in development for Xbox Series X and Xbox One. For more info, visit www.SecondExtinctionGame.com, join the discussions on Discord and follow @2nd_Extinction on Twitter.