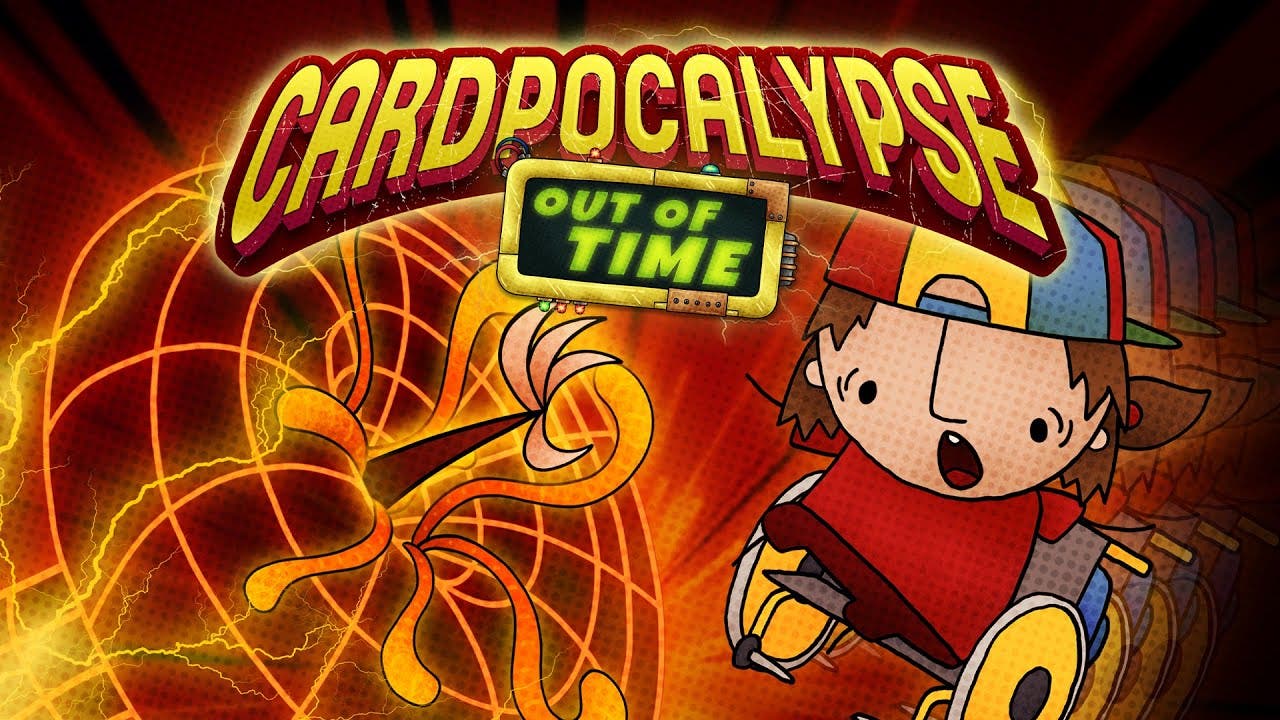 Cardpocalypse finally comes to Steam in October, and brings new Out of Time DLC with it

Baltimore, MD – September 29, 2020 – Gambrinous, an award-winning independent game studio, and games publisher Versus Evil, today announced that their role-playing card game Cardpocalypse will be coming to Steam in October. Cardpocalypse is set in elementary school in the 1990’s and is a single player RPG game about Jess, a 10 year old kid who manages to get everyone’s favorite card game banned on her first day at school. Players have an opportunity to custom build their own decks as they explore Dudsdale Elementary on a mission to defeat the invading mutants that have made it from the game over to the real world.

Steam users will now get the opportunity to build, trade, earn and wager as they manipulate their card decks, changing rules and permanently altering cards on their way to victory and becoming a Mega Mutant Power Pets master, the base game also comes with free DLC in the form of the rogue-like-inspired Gauntlet Mode.

In addition to its arrival on Steam, Cardpocalypse is also introducing a brand new DLC pack day and date. Out of Time brings a whole new standalone campaign to Cardpocalypse. The sinister Tock hurls Jess into a time loop, forcing her to relive the same school day over and over. Jess joins forces with Bloop, a brand new Champion card she discovers in her pocket, and together they set about escaping the time loop and saving the world. Cardpocalypse: Out of Time features the voice over talents of Irish actor Liam Cunningham, Game of Thrones, Dog Soldiers, War Horse.

“Cardpocalypse gives players complete control to craft their own RPG experience and set their own rules. The deep strategy and customization in the game allows for a great amount of replayability too”. Said Colm Larkin Creator and Founder of Developer Gambrinous.” With this latest Out of Time DLC we’ve added a whole new standalone campaign and new ways to play, adding even more content for players to enjoy”.

Cardpocalypse will launch on Steam and participating PC retailers with a 40% discount for launch week for the main game, DLC and soundtrack.

Out of Time DLC

Steam users can add the game to their wish list here: https://store.steampowered.com/app/904400/Cardpocalypse/