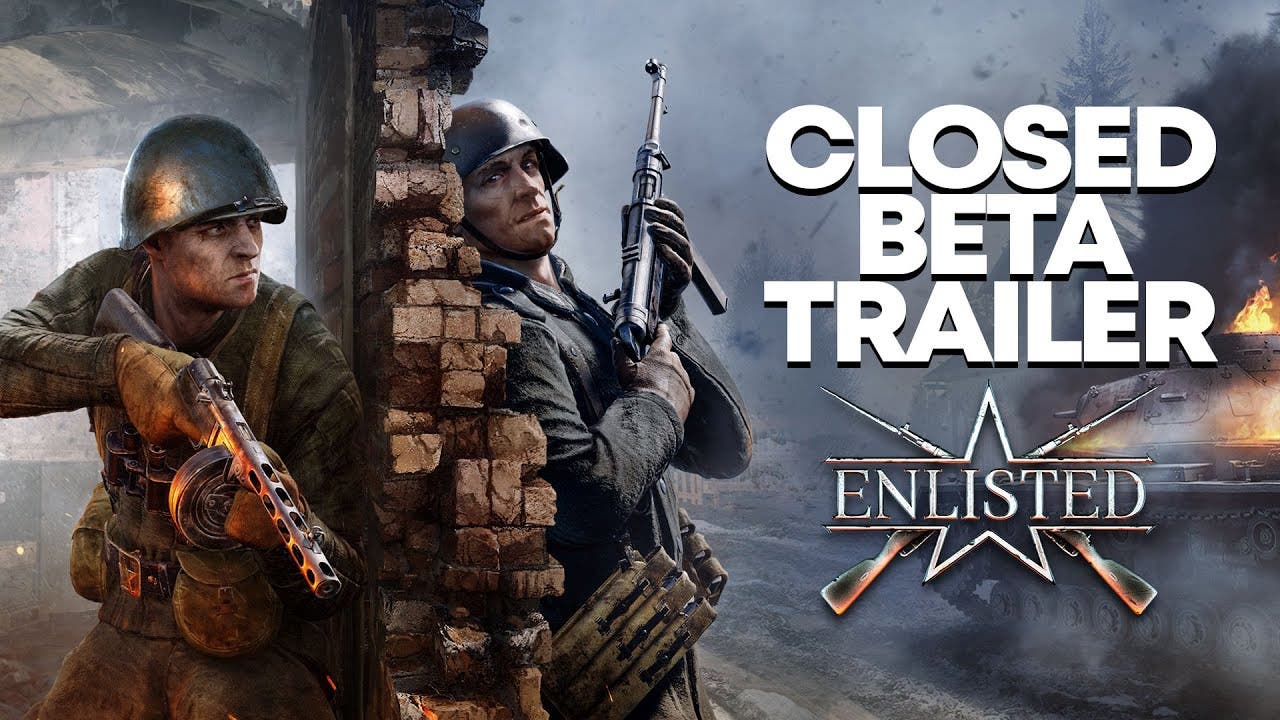 Join the ranks of Enlisted, out now for Xbox Series X|S and PC

Gaijin Entertainment and Darkflow Software studio announce that their military online shooter Enlisted is available now on the Xbox Series X|S and PC. Enlisted allows players to control WWII infantry squads, tanks, or aircraft and is distributed as a Game Preview title. A closed Beta Test is also available for PC players registered on the official website – Enlisted.net.

Enlisted is divided into campaigns and the first one covers the fierce defence of Moscow at the end of 1941 and in the beginning of 1942.

Dozens of squads with different specialisations participate in Enlisted battles simultaneously. Players control one soldier directly while other soldiers in the squad are controlled by AI that obeys a player’s orders. This ensures maximum density and spectacularity in a battle while maintaining high contribution from each participant. Infantry, armoured vehicles, and aircraft battle together and each player can experience several roles in just one game session.

A “Founders packs” purchase is required to gain access to either the Enlisted Closed Beta Test on PC or Game Preview on Xbox Series X|S. Founders packs contain a premium squad and exclusive submachine guns for the corresponding nation that can be used in the “Battle for Moscow” campaign. The USSR pack grants access to soldiers of the 75th Infantry Regiment in the 5th Infantry Division of the Red Army for the Soviet Armed Forces and the PPK-41 submachine gun, while a Germany Founders pack allows participation as the 449th Infantry Regiment in the 144th Infantry Division for the Wehrmacht forces with use of the MP 41 submachine gun.

Player feedback on the Closed Beta Test version will be used to help the development of the subsequent campaigns, “Normandy Invasion”, “Battle for Berlin”, and “Tunisia”.

More information on the game and player community features can be found on the official Enlisted website here: Enlisted.net.