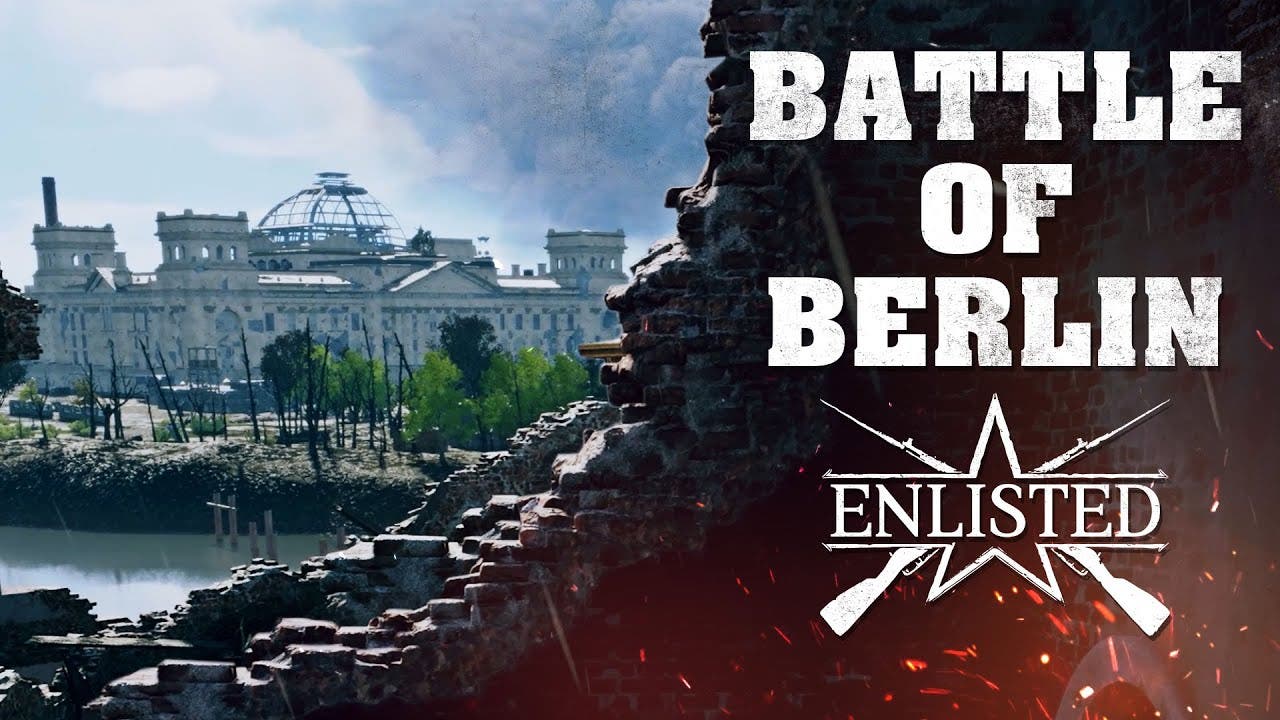 Gaijin Entertainment and Darkflow Software announced that Enlisted’s Battle for Berlin closed beta test campaign is now available for players. The Battle of Berlin joins the Battle of Moscow and the Invasion of Normandy as the third campaign in the WW2 online MMO shooter Enlisted, now on PC, PlayStation 5, and Xbox Series X/S.

In Battle for Berlin players will experience the rigors and intensity of dense city fighting that occurred during the last days of World War II, like the assault on the Reich Chancellery, crossing of the Moltke Bridge, and suppressing resistance at the Kroll-Opera. Players will use Soviet and German troops and their weaponry and vehicles from that phase of the war, like the T-34-85 and Panther G tanks, Il-2-37 and Me 410 aircraft, and firearms like PPS-43, M30 Luftwaffe drilling, DT-29, Panzerfaust 100. This campaign also features rifles equipped with bayonet knives, that are perfect for close combat fans.

The Battle of Berlin closed beta is available to those who purchased the special “Battle of Berlin” Bundle. The testing is divided into two stages. Initially, players will only use predefined sets of squads without any upgrade options. This will allow the developers to test and polish the campaign missions. The second stage will unlock the progression system to test it as well. When the whole Berlin CBT is finished, the campaign will become available to everyone for free, as did the Battle of Moscow and Invasion of Normandy campaigns. There will be no wipe of any player progress they receive in the second phase of the beta.

More information on Enlisted is available at the official website: https://enlisted.net