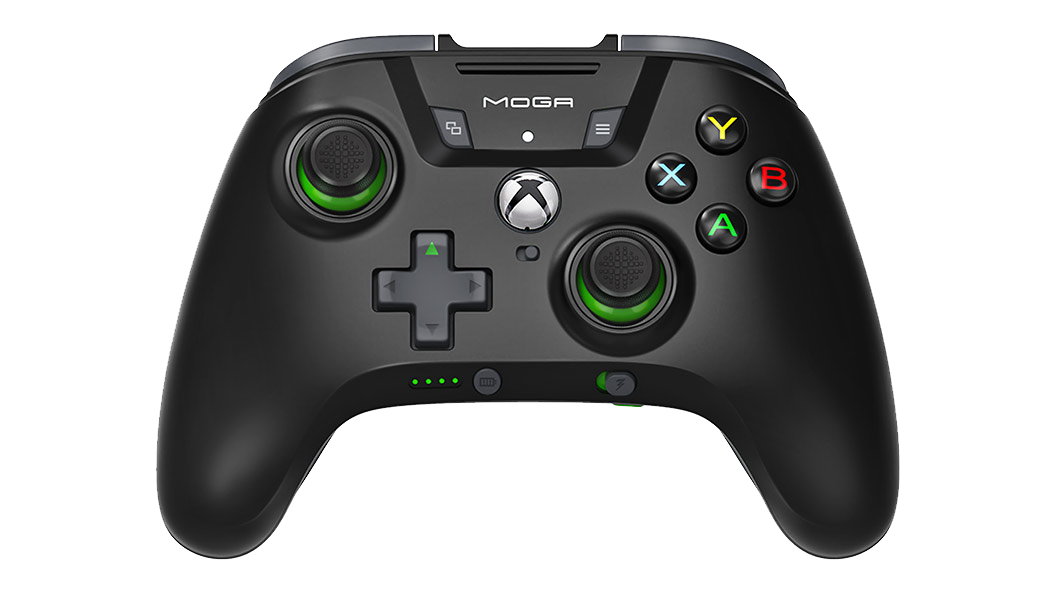 By Scott Ellison II (@Hawk_SE)
Lights Off
5 Incredible
Retails for: $69.99
We Recommend: $69.99
Review of: PowerA MOGA XP5-X Plus Bluetooth Controller

PowerA knows controllers, and while they put their own spin on it, they are decidedly familiar as Xbox. In all scenarios whether I was playing games locally, within my network, or over the internet, my gameplay experience was improved on all fronts. Now, I did notice lag, which is exacerbated by playing with bluetooth and over the internet. So the games you do well in will be the ones that don't require quick responses. The PowerA MOGA XP5-X Plus Bluetooth Controller is an extremely well-made controller that is fully featured and doesn't skimp on ensuring battery longevity - it's a must-own.

Mobile gaming has long since evolved from just touch controls, there’s controllers that help replicate a console experience, even if it isn’t widely adopted. Now with cloud services like GeForce NOW and Xbox Game Pass Ultimate, the PowerA MOGA XP5-X Plus is such a device that is an all-purpose controller on mobile. It’s an impressive piece of tech from its compatibility, to the bluetooth, as well as the gaming clip that is balanced for longer play sessions. The PowerA MOGA XP5-X Plus Bluetooth Controller has zero compromises in its construction and execution, making it the perfect controller for mobile and cloud gaming. 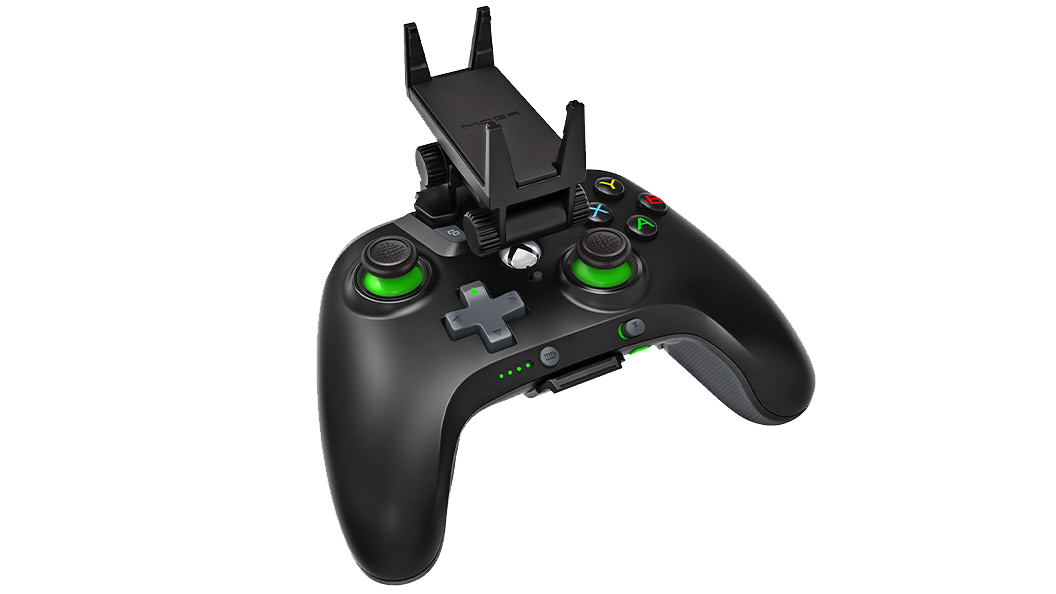 Upon assembling the clip with several points of articulation to attach your phone, and then slotting the phone into the clamp, using the controller feels natural. The weight isn’t too heavy, and feels well balanced. The whole thing is made from hard plastic, even on the thumbsticks which are usually of a softer material. There are soft, rubber grips where your hands rest that feels good, and attempts to fight sweaty palms and any chance of the controller slipping out of your hands. The controller is mostly black with greys for the triggers and grips, and green accents for some buttons and the joysticks themselves. It’s a sleek look without being gaudy or overbearing in its design. This is an Xbox controller through and through, but it doesn’t feel like a console controller, likely by design.

There’s two programmable buttons, or advanced gaming buttons (AGB) that can be configured to use any of the existing buttons for accessibility and quick-use. It’s also very easy to reconfigure based on each game.

This controller prides itself on being wireless via bluetooth, but it can be connected via its micro-USB cable for play as well. You’re provided with all of the necessary cables for playing and charging. The controller also houses an internal rechargeable battery that can either power the controller or your Android device to extend your time playing on it. There’s two ports, which do two different things, so it’ll be important to read the user manual that comes with this to understand how to use it best, which is to say that it’s not that intuitive, but easy to learn. 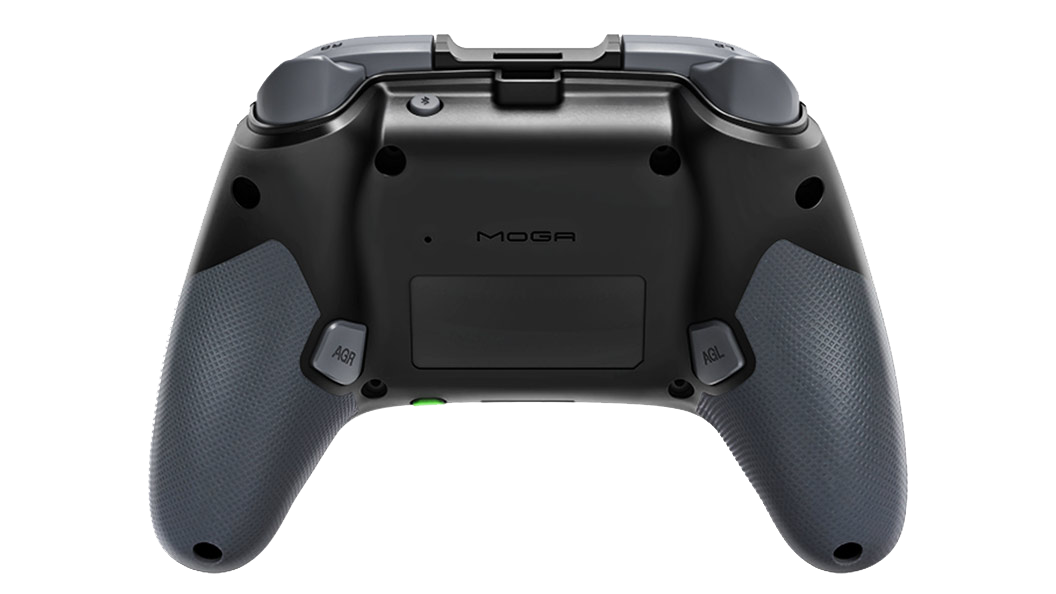 I think the most exciting thing about how this controller works, is using apps that connect to the cloud to deliver console level graphics and streaming them to your phone whether it be mobile data or internet. With the Xbox Game Pass Ultimate app (and accompanying subscription), you’re able to use the streaming service (formerly known as Project xCloud) to play games available in Game Pass. And it just works, no configuring, no waiting for any kind of sync. It’s really simple to use, and is a great way to experience console and PC games when you’re away from home, or not able to use the console.

The other side of things is just utilizing your own network to stream Xbox games from the console itself to your phone or tablet. Using the Xbox app, I’m able to connect straight to my Xbox One X with some simple syncing and approvals, and I’m in full control of it. This is similarly impressive, where you have not only the games but the user experience of the console on your phone screen. It felt a bit more responsive playing games this way, but the fact that it puts your console “in-use” will only meet certain requirements in your household. 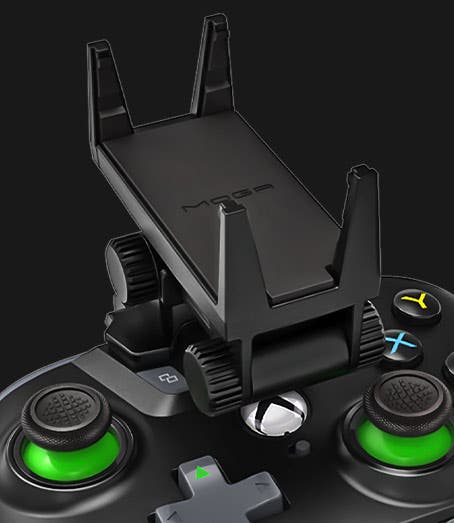 Moonlight is an open source repository of NVIDIA’s GameStreaming technology. You can also inject this into a Steam Link with a USB stick. After some configuration on your PC, you can use the Moonlight app to connect to your PC using the GeForce Experience to play games it detects, to include games you have installed on Steam. Similarly, you can use the Steam Link app to play games from your library as well. As this uses your own network, games are always in high framerate and look the best, which can differ on your PC’s hardware capabilities.

This requires a subscription as well, but can also be used to play PC games from the cloud, with recommended and priority settings already applied. As long as the game you’re playing supports an Xbox controller, this also just works, and does incredibly well. It even works when you set either of the programmable buttons. While this controller does as advertised, it never fails to impress. 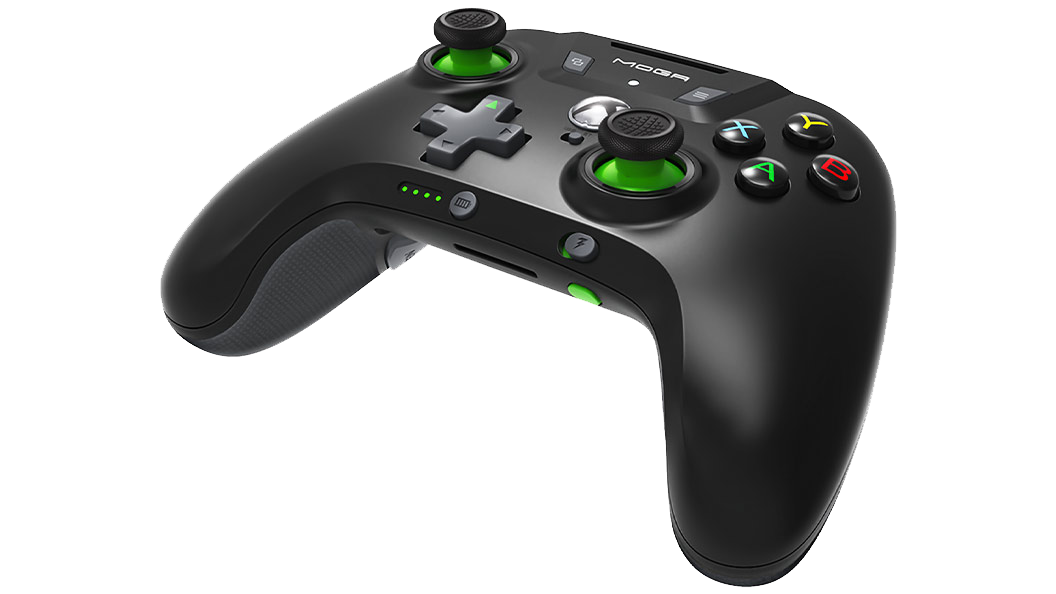 Whether you’re playing a well known game that works with a controller or using something like the Ludu Mapp app to discover them, mobile games absolutely benefit from a controller over touch screen almost every time. Certainly there are exceptions, but you’ll find your mobile experience enhanced, and this is the controller to do it with.

PowerA knows controllers, and while they put their own spin on it, they are decidedly familiar as Xbox. In all scenarios whether I was playing games locally, within my network, or over the internet, my gameplay experience was improved on all fronts. Now, I did notice lag, which is exacerbated by playing with bluetooth and over the internet. So the games you do well in will be the ones that don’t require quick responses. The PowerA MOGA XP5-X Plus Bluetooth Controller is an extremely well-made controller that is fully featured and doesn’t skimp on ensuring battery longevity – it’s a must-own.