Project Wingman features the best Ace Combat has to offer, and more. Sector D2 has crafted a game that's both original and an homage in one, and I'm here for it. The singleplayer is incredibly well thought out, and provides longevity in its conquest mode where most players would stop when the campaign ends. Project Wingman knows what it is, does what it sets out to do, and exceeds that of its contemporaries.

Project Wingman comes from a passionate Ace Combat fan turned game developer, with an overly successful Kickstarter that matches enthusiasm for a series that once lied dormant. In the time Project Wingman was incepted, there was a seventh entry in that famous dogfighting franchise that released, to high praise. As that expert battle entry sunsets with its final DLC release, now’s the perfect time for Project Wingman to come out. The developer, now known as Sector D2 has set out to make Project Wingman a success in its own right, and does so on every front. 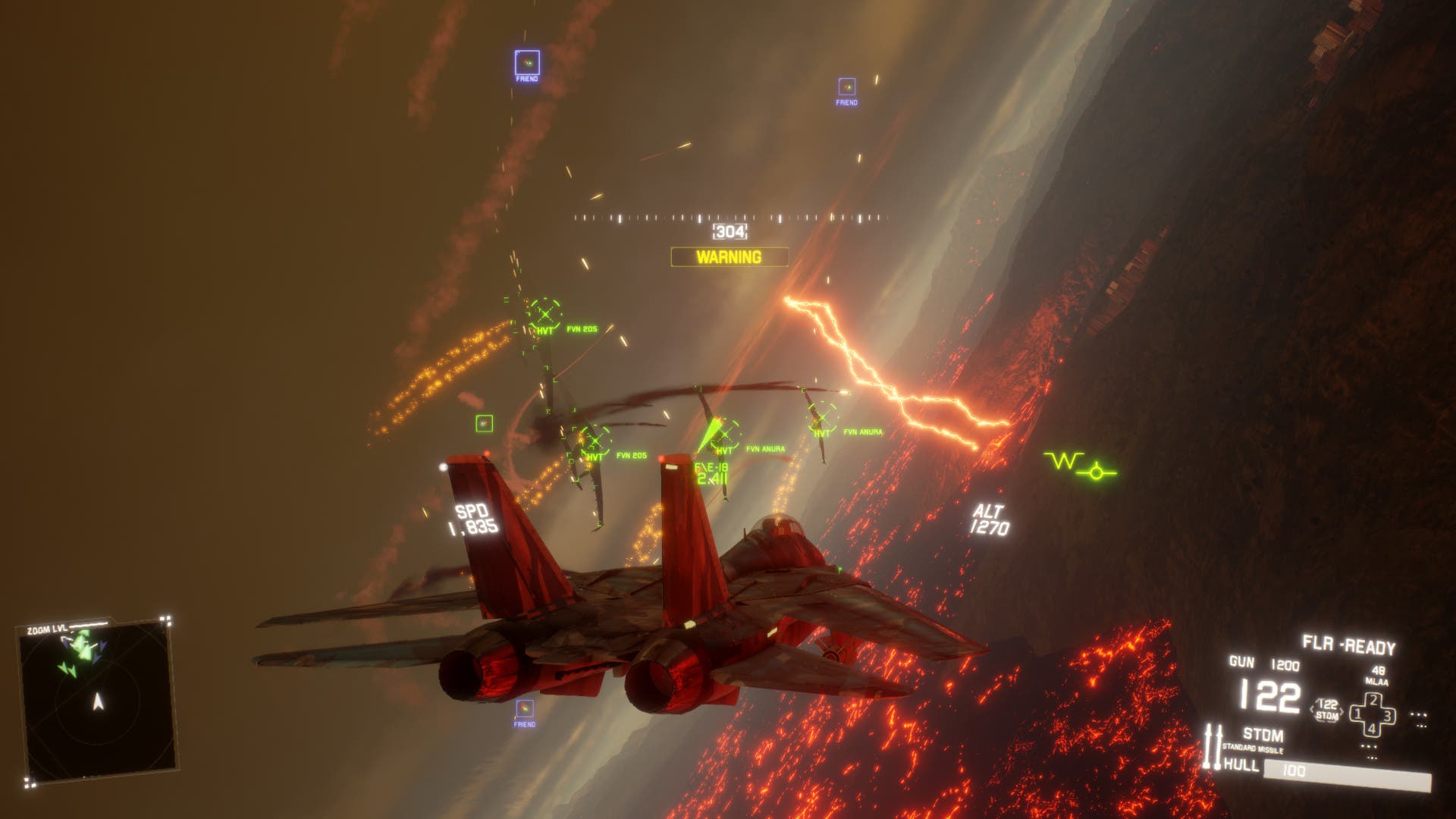 After a cataclysmic, near apocalyptic geothermal event, it has left a scorched earth behind. A civil war has since broken out, requiring the acquisition of your skills. You play as Hitman 1, one of a group of mercenaries hired to help turn the tide of battle. One thing you’ll notice, is that there’s no cutscenes to be found. I’m more or less okay with it, but fans of what this game is emulating may not be. I always found the cutscenes in the Ace Combat games to be confusing, and plain weird at times. While they are noticeably absent, I found the mission briefings and in-game chatter to not only make-up for the lack of cutscenes, but also . What unfolds is a really entertaining story at a great pace with some surprises along the way.

I think it’s fair to say that comparisons are welcome here, and bound to be made. I think visually many will confuse this for Ace Combat 7 — nothing malicious, but that’s just how it happens as this game was meant to fill the void that was left after the previous installment. Sector D2 is going for a very specific look and feel with Project Wingman here, and nail that. That’s where similarities end, and the new begins. 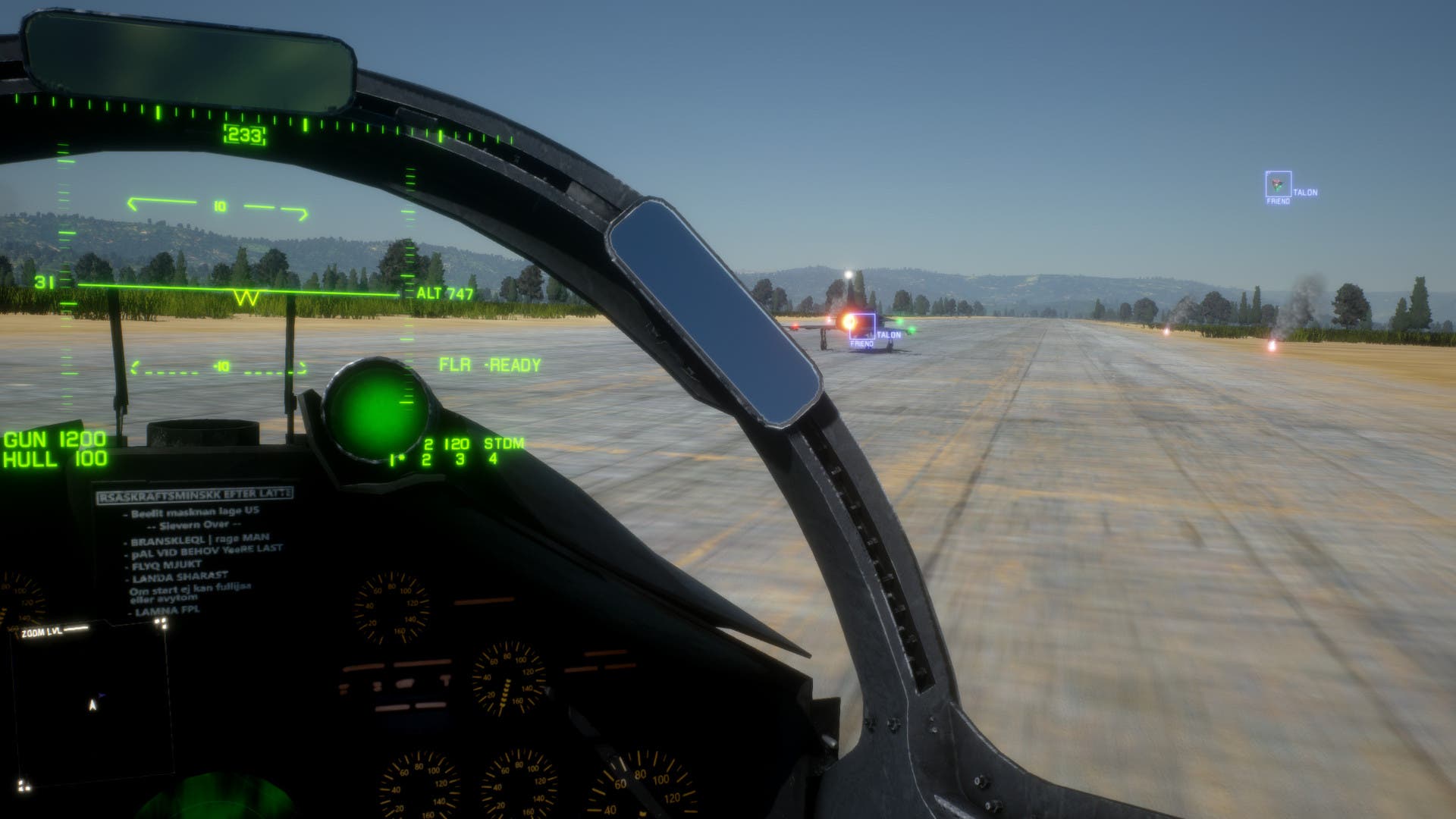 The singleplayer comes in two parts. The first part is the campaign mode that plays out over a dozen missions that goes to new places, does new things. From fighting boats to air fortresses, it has it all. Missions themselves do not have checkpoints, so if you die at any point, you’ll have to restart the whole mission. These missions aren’t ever too hard or drawn out, but dying on what you feel is the last leg is always disheartening. Yes, Project Wingman does feature mini-missions for takeoffs and landings, and they’re absolutely essential to the experience.

The second part is the conquest mode where the game will have its legs, since there’s no multiplayer. It’s in conquest mode where you will capture territories by dogfighting enemy squadrons. It’s an uphill battle, and if you die, you have to start all over. It’s really interesting take that’s absolutely fitting for the story of the game, as well as what a mercenary outfit would be up against and have to do to thrive and survive. I look forward to spending time here and hopefully conquering this mountain. 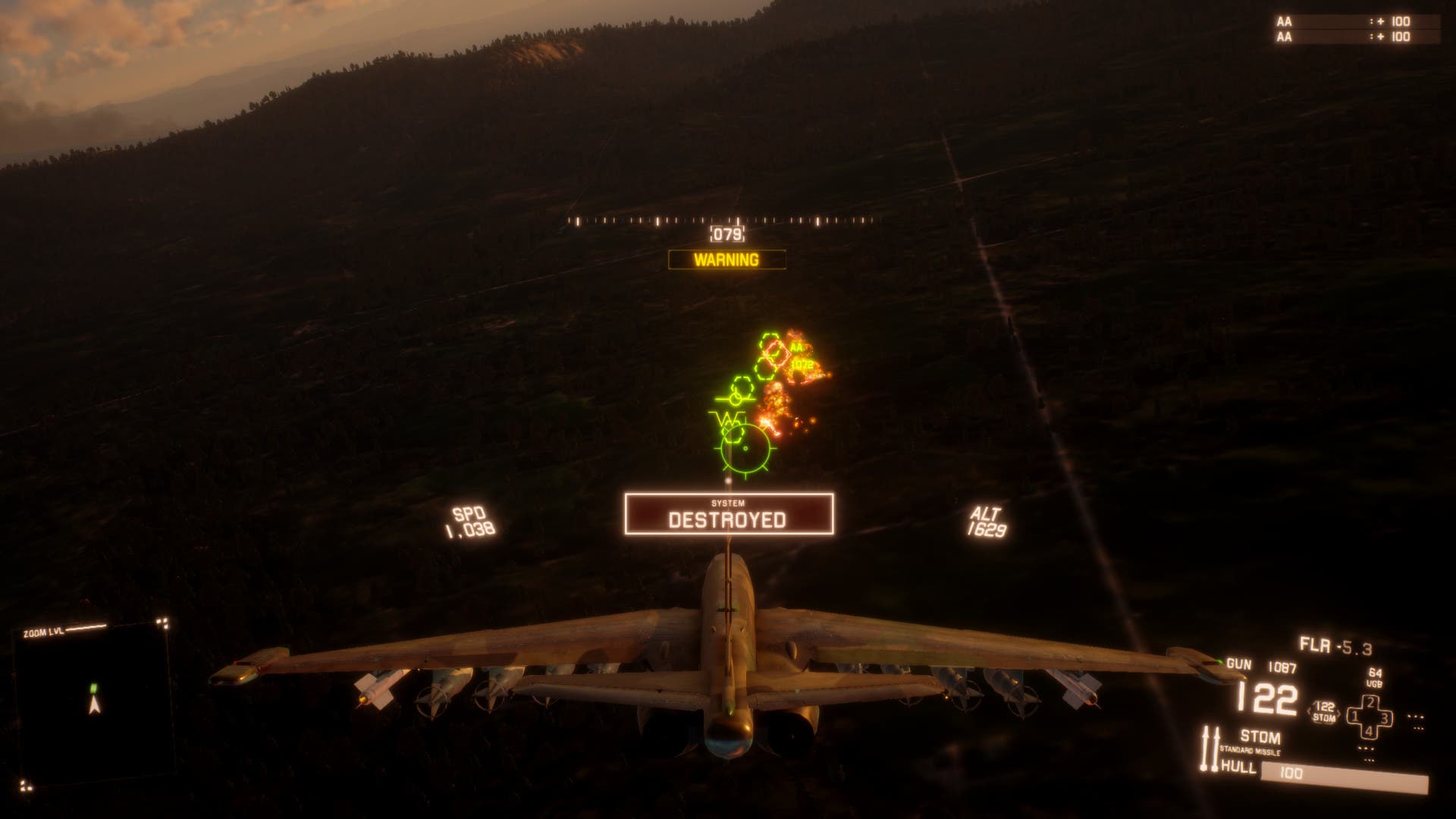 This is a game all about its dogfights, and taking out the occasional ground and sea targets — all of it is . You’ll be utilizing Ace Combat staples, like double-tapping the special weapons button to fire off two missiles to a locked target. Or even firing one missile, followed up by sending rounds from your plane’s gun. These one-two combos are efficient strategies I’ve been using for decades. It’s harrowing when you get into aerial battles, as it feels like you could die at any moment. Then, when a plane is blown to shreds and you fly through its flaming wreckage, you feel the turbulence and the camera shake is convincing. Project Wingman gets all of this so right.

Since you’re a mercenary, everything you kill adds to a score. At the end of a successful mission, the scores are tallied and you’re paid. You can then use this money to buy planes on subsequent missions. The planes available are facsimiles to today’s fighter jets, but have altered looks and names to fit the fictionalized world you’ll be fighting in. Based on the plane you select, you’ll be able to equip weapons on hardpoints that’ll suit your needs. In some cases, you may have prepared improperly, and have to re-outfit yourself on a restart. I found these times to be rare, but are sometimes necessary. 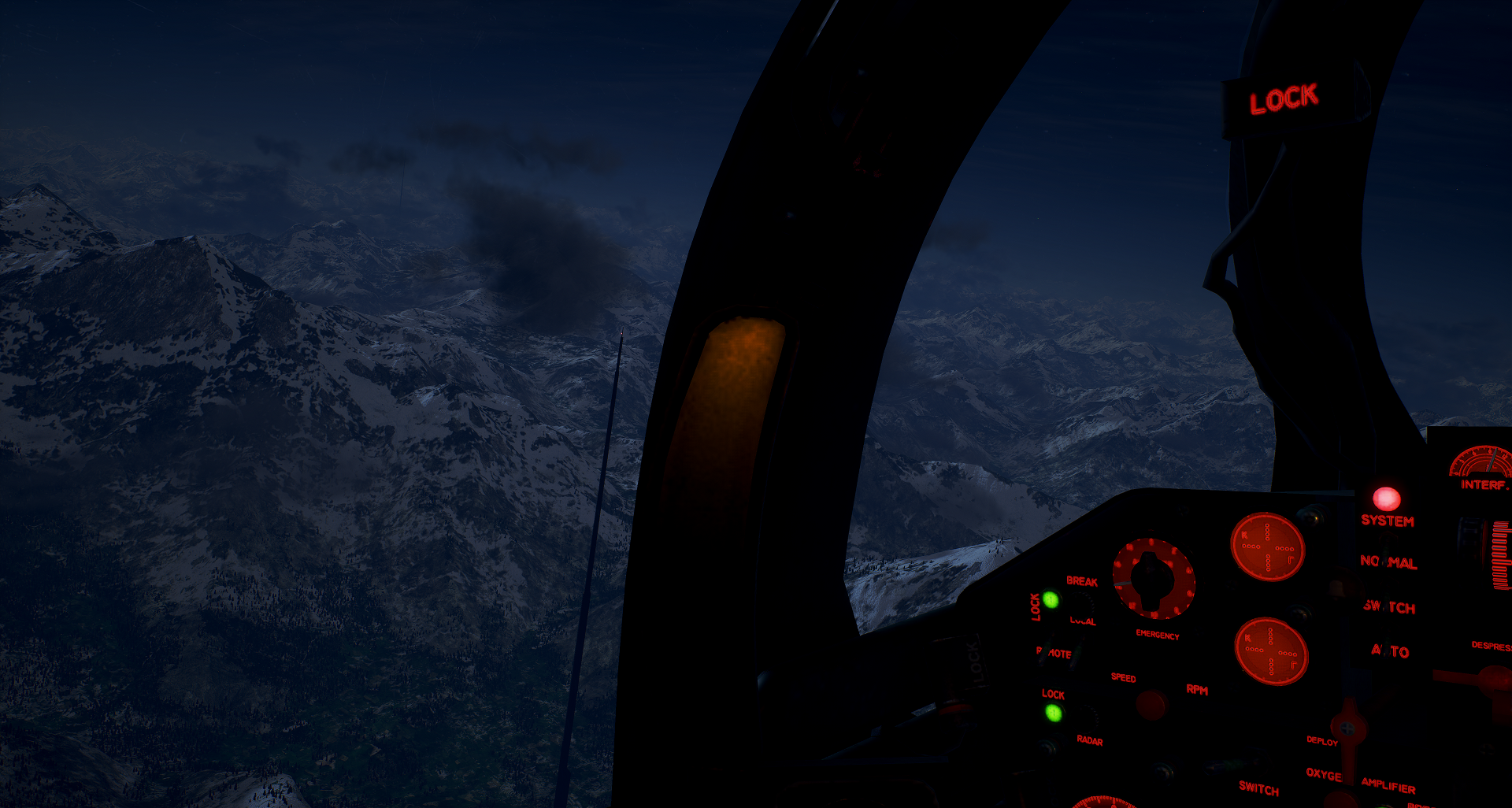 You can go back and replay any mission you’ve cleared in the Free Mission mode. This allows you to accrue extra cash, and really for no other purpose than if you enjoy the mission’s objectives. This can be useful if you want to acquire all of the game’s planes and weapons that are available. Then there’s Free Flight where you can play the mission without enemies, and just enjoy the ambience of the environment. These two modes are prerequisites when making a game like this.

I played most of the game with an Xbox One controller, but this game can be played with a HOTAS as well. On controller, the game plays just as you’d expect, and feels natural. Using my Thrustmaster T16000M was not immediately assigned binds, so there was a bit of a manual process. But this allowed me to set the binds exactly how I wanted, to include curves for axes. As manual as it is, it’s a wonderful level of control. At first, I found how fast the game’s camera moves to be too much — but I quickly learned it is tuned perfectly. You can also use mouse and keyboard as well, but I’ve never been comfortable with that control scheme. 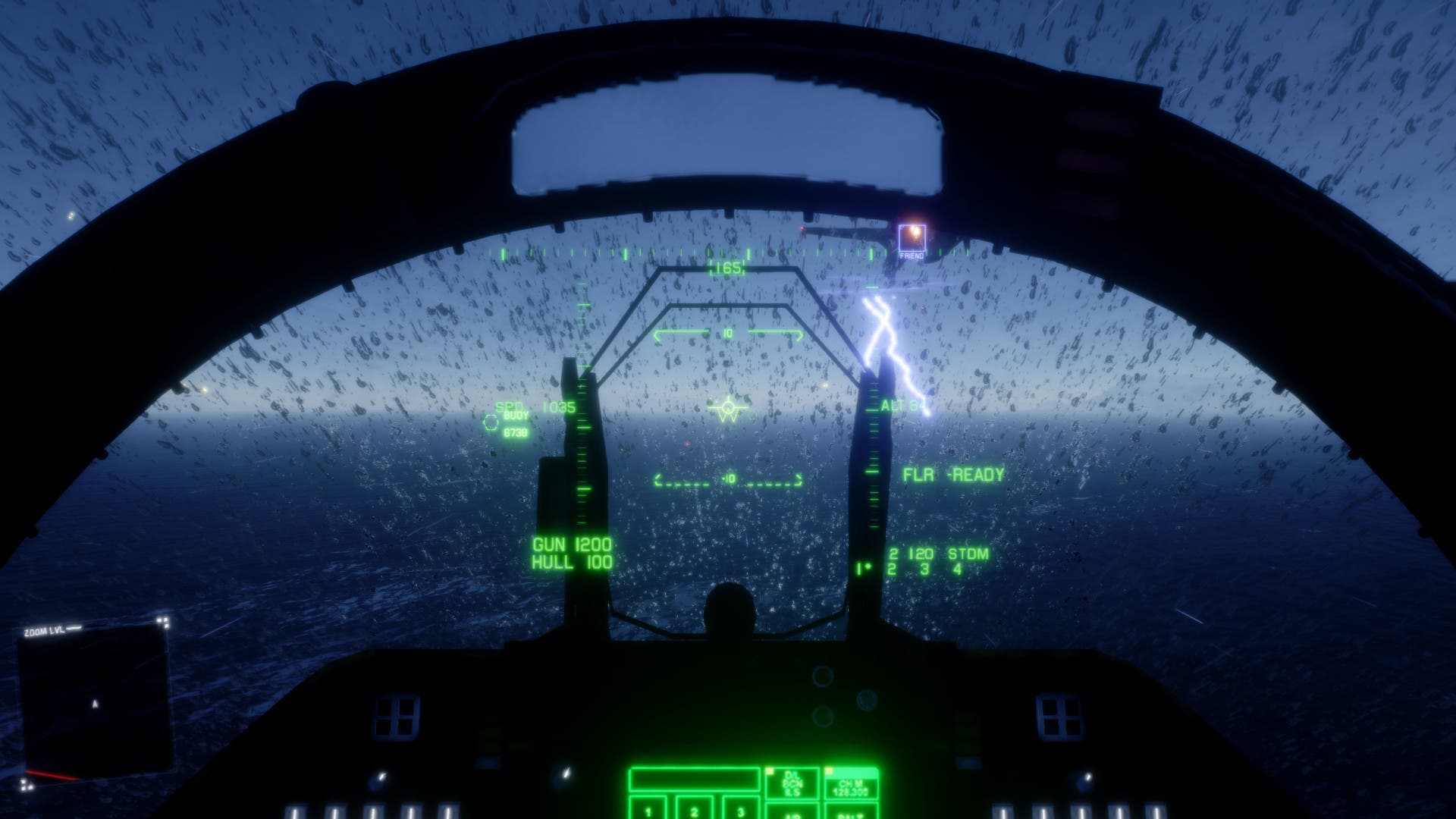 Visually, Project Wingman is on-par with Ace Combat 7, but at a fraction the size. This game’s color palette is wider, featuring pinks, oranges, blues across all sorts of time of day and weather. There’s gorgeous, sweeping vistas to get lost in high above the clouds or up close. This, combined with the swelling orchestrals makes for a great package. This is an utterly gorgeous game, and while there may be some low-res clouds or mirrors, it’s just stunning to look at in motion. 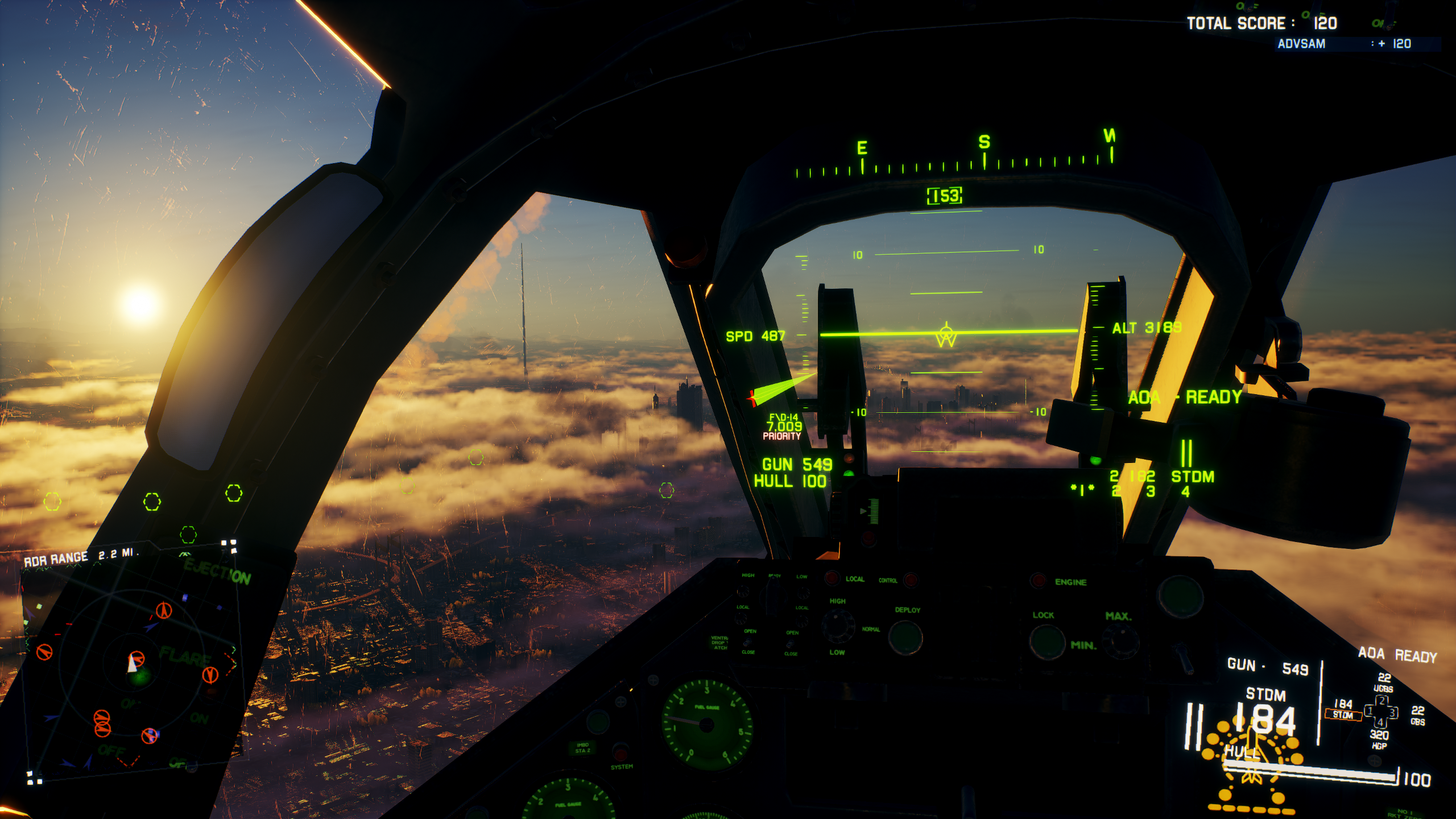 Project Wingman features the best Ace Combat has to offer, and more. Sector D2 has crafted a game that’s both original and an homage in one, and I’m here for it. The singleplayer is incredibly well thought out, and provides longevity in its conquest mode where most players would stop when the campaign ends. Project Wingman knows what it is, does what it sets out to do, and exceeds that of its contemporaries.