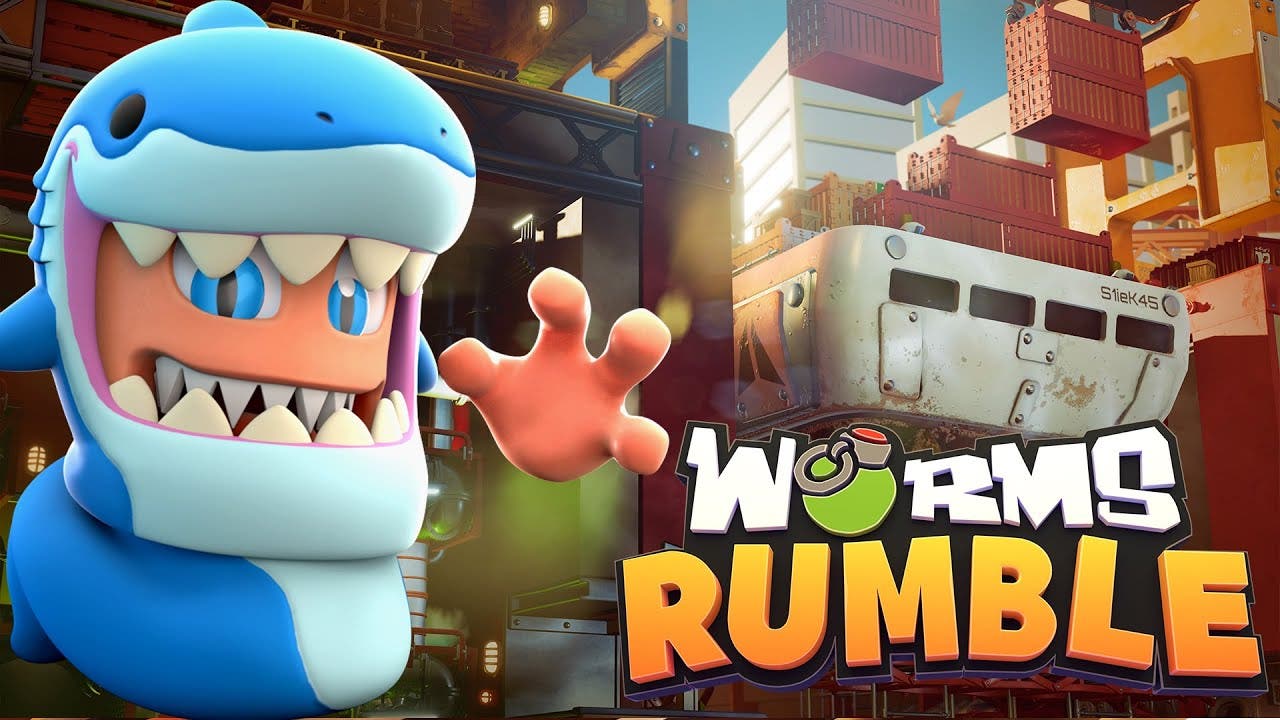 Battle it out on the Deadly Dockyard, a new arena for Worms Rumble today

Thursday, 10th December 2020 – Team17 has unveiled a new arena for the recently released 32-player Worms Rumble, as part of a bumper free content for the game next Thursday (17th). The new arena, Deadly Dockyard, will see players battle it out in a bustling shipyard packed with shipping containers, cranes, and boats launching from the docks, altering the environment as the action plays out! New Christmas themed cosmetics will also be released as part of the free update, alongside a selection of new premium skins and items. But before that comes today’s debut for The Lab, time-limited game modes that will test even the most adept worm.

Deadly Dockyard is the start of Worms Rumble’s post-launch support, with a roadmap of content through to the end of March 2021 being teased, including additional maps, modes, and more. Starting today, Worms Rumble will receive regular, time limited game modes in The Lab. Whenever the doors of The Lab open, players can take part in ‘experimental’ matches and unlock exclusive in-game cosmetic rewards. The first, Pistols at Dawn, equips each worm with a hand cannon capable of instantly killing an opponent, and is so powerful that it can only hold a single shot in the clip! Worms taking part during the 48-hour event will secure a Gold Worm Skin. The Lab is open from 3pm GMT today until 3pm GMT on Saturday 12th December.

To celebrate the Holiday season, a selection of free Christmas cosmetics will be available to Worms Rumble players, alongside with two new premium outfits befitting the new map. The premium outfits allow players to either set sail as the Sea Captain or sink their teeth into Shark attire. Weapons are also getting fresh looks, celebrating the hugely popular Worms Armageddon with skins that reproduce terrain like Cheese, Forest, and Manhattan from the fan favourite classic entry, as well as more eccentric emotes, including Goodbye, Selfie, Make It Rain, and Kick Ups.