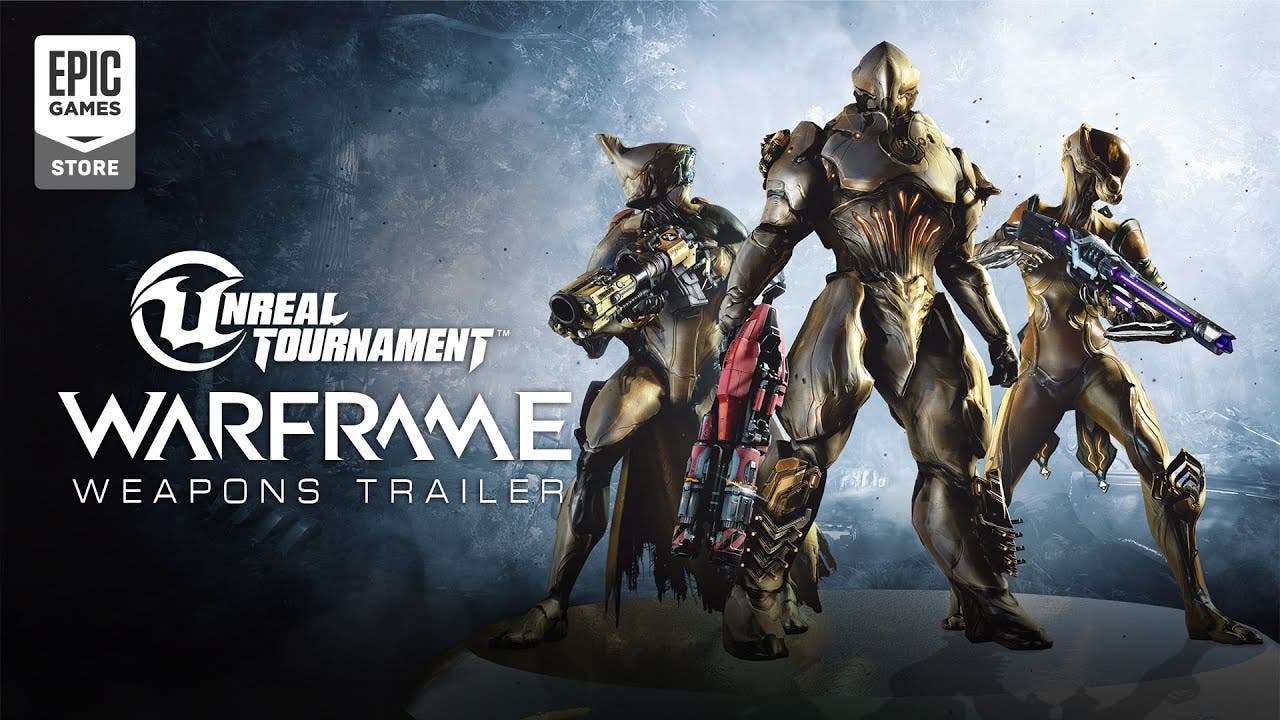 LOS ANGELES, CA – December 10, 2020 – Working together again for the first time in 16 years since the co-creation of Unreal series, Canadian developer and publisher Digital Extremes and Epic Games exclusively revealed on The Game Awards tonight the iconic crossover Unreal Tournament Weapon Bundle for Warframe®. Available for a limited time for free in an unprecedented package in the Epic Games Store, this first-of-its-kind bundle introduces three Unreal Tournament player-favorite weapons to Warframe.

Digital Extremes’ and Epic Games’ first official collaboration in nearly two decades brings an evolved Warframe, with its new graphics rendering engine, dynamic real-time lighting, and smaller footprint, to a whole new generation of PC players, adding Warframe to Epic’s blockbuster lineup of free-to-play titles such as Fortnite and Rocket League, among others.

“More than 20 years ago, the teams at Digital Extremes and Epic were working on the original Unreal Tournament,” said Epic Games CEO, Tim Sweeney. ”It’s awesome to see how much success Digital Extremes has had with Warframe, and we’re excited to be bringing it to the Epic Games Store, along with such a cool nod to that history.”

“When we started working with Epic Games on Solar Winds and Epic Pinball, we had no clue they would lead to the collaborative decade of work that would blossom into the Epic’s Unreal franchise. With Unreal, we all helped create a great gaming experience together,” said James Schmalz, founder and CEO of Digital Extremes. “Fast forward nearly two decades to our current success, Warframe, and it’s humbling to see a couple of those early weapons we created introduced into our universe. To see some of that collaboration happening again today is incredibly exciting.”

Whether a new or current player, all Tenno can simply head to the Epic Games Store, sign in (or create an account), and download Warframe, unlocking the full Unreal Tournament Weapon Bundle and the Synkra Syandana (automatically given with download). Also, by downloading this bundle between Friday, December 11 and Monday, December 14, players will receive Double Credit Bonuses! The full bundle includes:

Having launched Warframe on PlayStation 5 this past November and soon to launch on Xbox Series X, Digital Extremes’ Unreal Tournament Weapon Bundle celebrates and expands Warframe’s monumental growth and evolution on PC, the next generation of consoles, and beyond. Look for a major announcement on Wednesday, December 16 during our final Devstream of the year on Twitch!

The Unreal Tournament Weapon Bundle is exclusive on the Epic Games Store for a limited time, starting today, December 10, and ending 11:59 pm ET, Thursday, December 24. Experience the definitive, award-winning, cooperative looter-shooter Warframe, and become a powerful Space Ninja in an original sci-fi universe. Get it here today! For Tenno on console, we are hoping to make this bundle available on all platforms in the future.

Join the next generation and download Warframe on PlayStation®5, PlayStation®4, PC, and Xbox One, Nintendo™ Switch now, and soon on Xbox One Series X. For more details, visit www.warframe.com.