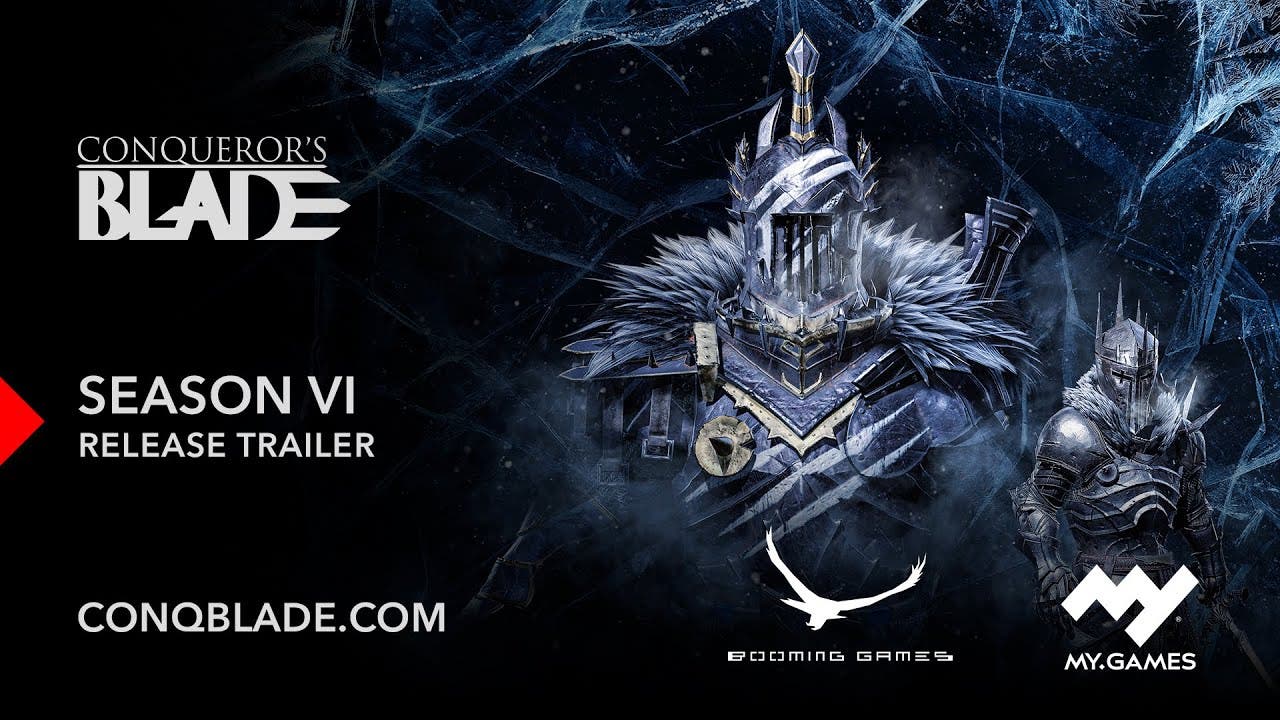 Monday, 21 December 2020 — Global publisher MY.GAMES and developer Booming Games are proud to announce that ‘Season VI: Scourge of Winter’ is now live for its popular medieval MMO Conqueror’s Blade! Set in the icy Northern land of Ostaria,  a new evil has emerged in the dead of winter and claimed the Northern lands for their own. Against great odds and through the worst winter in living memory, heroes from across the known world must join forces if they are to avenge and retake the North from the forces of darkness. Beyond this new campaign, new units and a battle path full of heroic rewards are available for warlords to fold into their dominion.

In addition to a brand-new campaign, new units can be promoted to the ranks of players’ armies, and a Battle Pass bursting with heroic rewards invites warlords to fight for them all. Fresh PvE content is also coming later this month, where the bravest warlords must retake dangerous marauder encampments found throughout the ruins of Ostaria, and rebuild them for glory and exclusive spoils.‘Season VI: Scourge of Winter’ invites players to experience:

Conqueror’s Blade is available to download and play for free now from MY.GAMES Store and Steam.