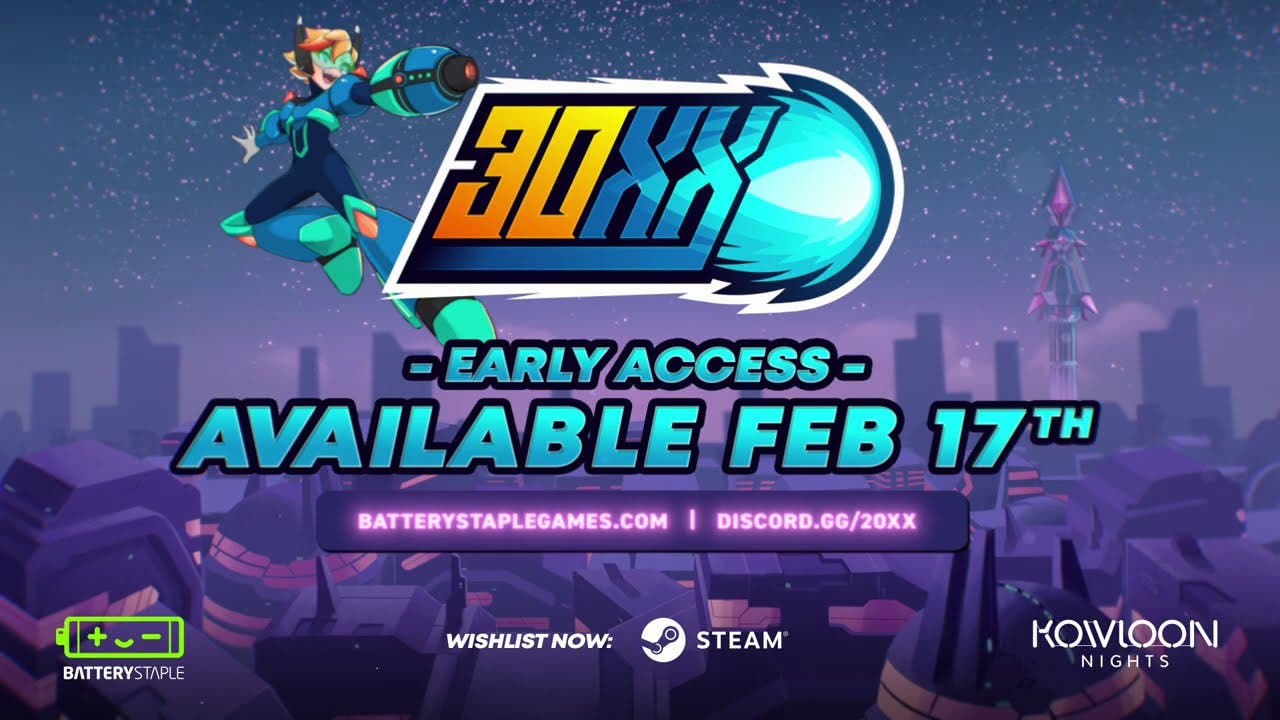 POST-HUMAN EARTH – January 13, 2021 – 30XX, the new Megaroguelike action platformer from Batterystaple Games, follows in the footsteps of its acclaimed predecessor enjoyed by more than 200,000 players on Feb. 17, 2021, by springing into Steam Early Access.

Alongside the classic roguelike Arcade Mode and permadeath-free Mega Mode campaign, 30XX empowers fans to design the levels of their dreams with Maker Mode. Modeled after the tools used to develop the game, this level editor allows the community to craft custom stages and share them with the world. Popular player-made creations will be vetted by Batterystaple Games and other adventurers will have the option to shuffle these gauntlets into their journeys, helping keep the experience fresh and new for millennia to come.

The Steam Early Access release debuts with six level themes to sculpt and explore. These include Penumbra, a cathedral with reflective surfaces that encourage explorers to utilize their surroundings to take down foes, as well as the twitchy thrill ride Deepverse, a synthwave holo-jungle with intense timing-based hazards that test precise mastery of 30XX’s crisp controls.

Hi-bit pixel art from art director Glauber Kotaki (Rogue Legacy, Chasm) ties the aesthetic of one stage to the next along with an energetic chiptune soundtrack that propels the action forward. No matter the arena, 30XX’s heroes have a myriad of ways to tackle the obstacles ahead. Harness abilities from vanquished bosses using Nina’s new Power Fusion system, synthesizing them into 64 hybrid moves to surmount any stumbling block. Alternatively, wield Ace’s fearsome Techniques to chain together devastating combos and slice through anything in his way.

“Early Access was hugely influential in shaping 20XX into something special, and our team can’t wait to invite the community back into the process to help us reach new heights with 30XX,” said Chris King, founder, Batterystaple. “Thankfully, that time isn’t far off now and we’ll be doing just that on Feb. 17, 2021. We look forward to fans leaving their mark on the game with feedback and their own designs in Maker Mode and hope to have you along for the ride.”