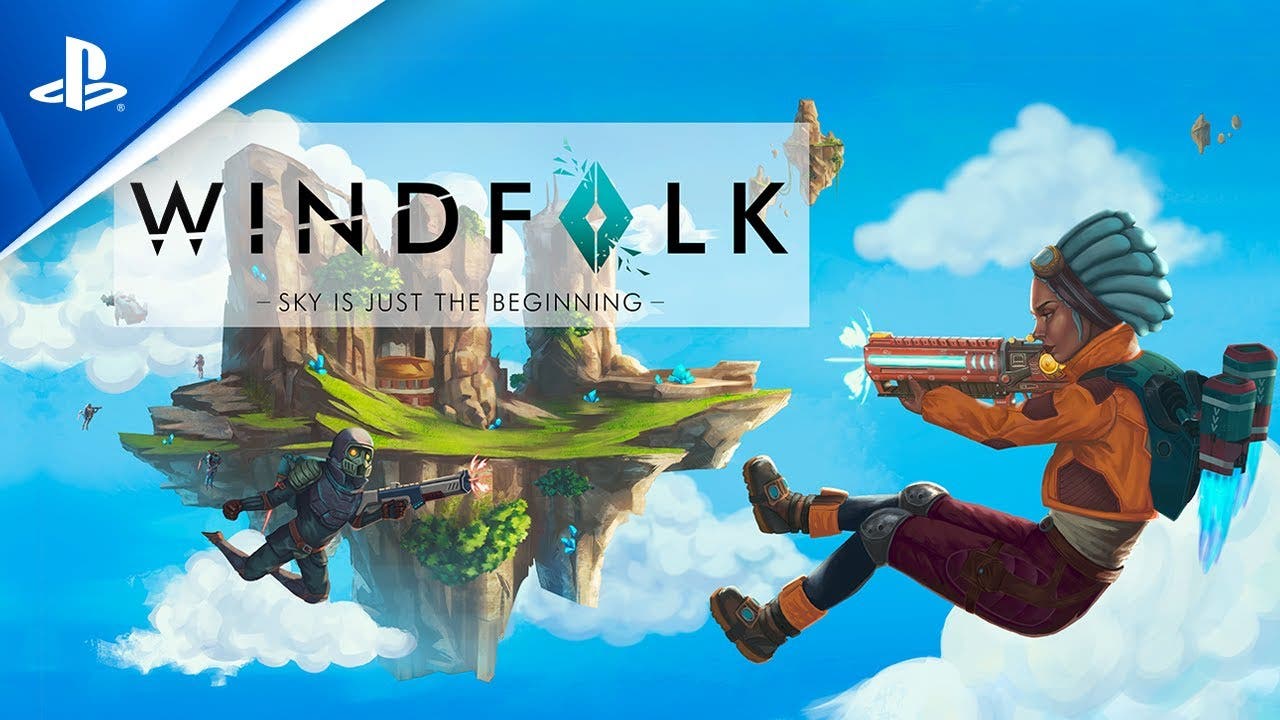 Windfolk, is a third person aerial shooter available on PlayStation 4 and PlayStation 5 today

Madrid, January 13th. – Sony Interactive Entertainment Spain (SIE Spain) and Fractall Fall are pleased to announce that Windfolk, a third person aerial shooter developed under the PlayStation®Talents intiative is now available as a digital-only title for PS4 and PS5 in the PlayStation Store for 14,99€ / 14.99$. The title was also awarded wth the Best Use of PlayStation® Platforms at the IV PlayStation®Talents Awards.

The world of Eurian is at war. The ruthless Coalition wants to gain control over the floating islands, and in the process are abusing the power of trydian, the mineral that keeps them flying. Play as Esen, a victim of their experiments and now a soldier of the Resistance, to stop them and complete your revenge.

Fly around with Esen’s jetpack in this third-person aerial shooter to change the tide of the war and put an end to this conflict. In Windfolk you will have six degrees of freedom to roam around a picturesque world full of floating islands where positioning will be key to outflank your enemies and defeat them.