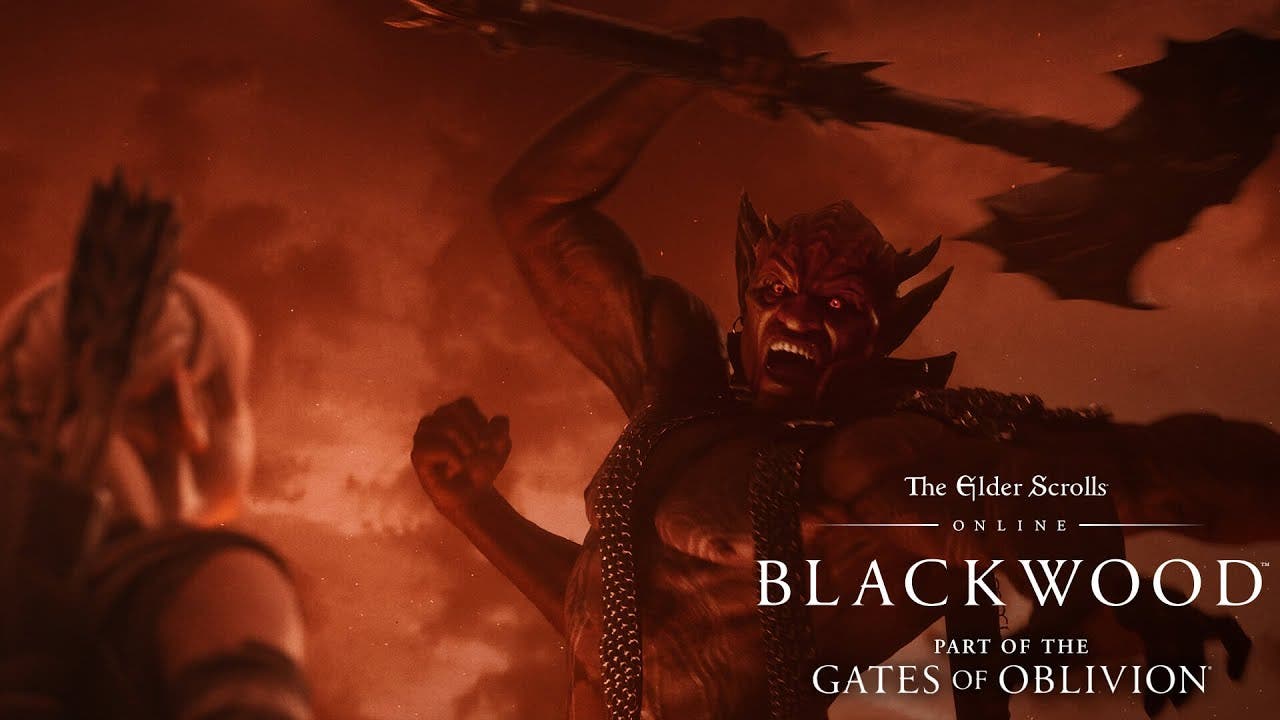 The Elder Scrolls Online enter the Gates of Oblivion with the first chapter: Blackwood in June

The Elder Scrolls Online: Blackwood is this year’s massive story Chapter, tasking players with uncovering the schemes of the Daedric Prince Mehrunes Dagon 800 years before the events of The Elder Scrolls IV: Oblivion. Blackwood packs more than 30 hours of new main storyline, tons of side quests, countless quality of life features, and, for the first time ever, introduces Companions who will adventure through Tamriel alongside the player. The new Chapter will take players from the walls of the Imperial City of Leyawiin, first featured in The Elder Scrolls IV: Oblivion, to the murky bogs of Shadowfen, and of course to the mysterious region of Blackwood where players will uncover the Daedric plot at its heart.

Kicking off ESO’s 2021 is the Flames of Ambition Dungeon DLC pack coming March 8 for PC, Mac, and Stadia and March 16 for Xbox and PlayStation consoles. Flames of Ambition opens the year-long Gates of Oblivion story with new dungeons that reveal the threat of Mehrunes Dagon and leads players directly to the Blackwood Chapter story in June.

On top of new dungeons dropping in Q3 after the Blackwood Chapter release, the end-of-year story DLC sends players into the climax to the year-long adventure, tossing them straight into the heart of the infamous Deadlands, Mehrunes Dagon’s personal realm of Oblivion. We will share more details on the Q3 dungeons and end-of-year story DLC, which promises new adventures and areas, in the future!

To learn more about The Elder Scroll’s Online’s year-long Gates of Oblivion adventure, check out this article here.