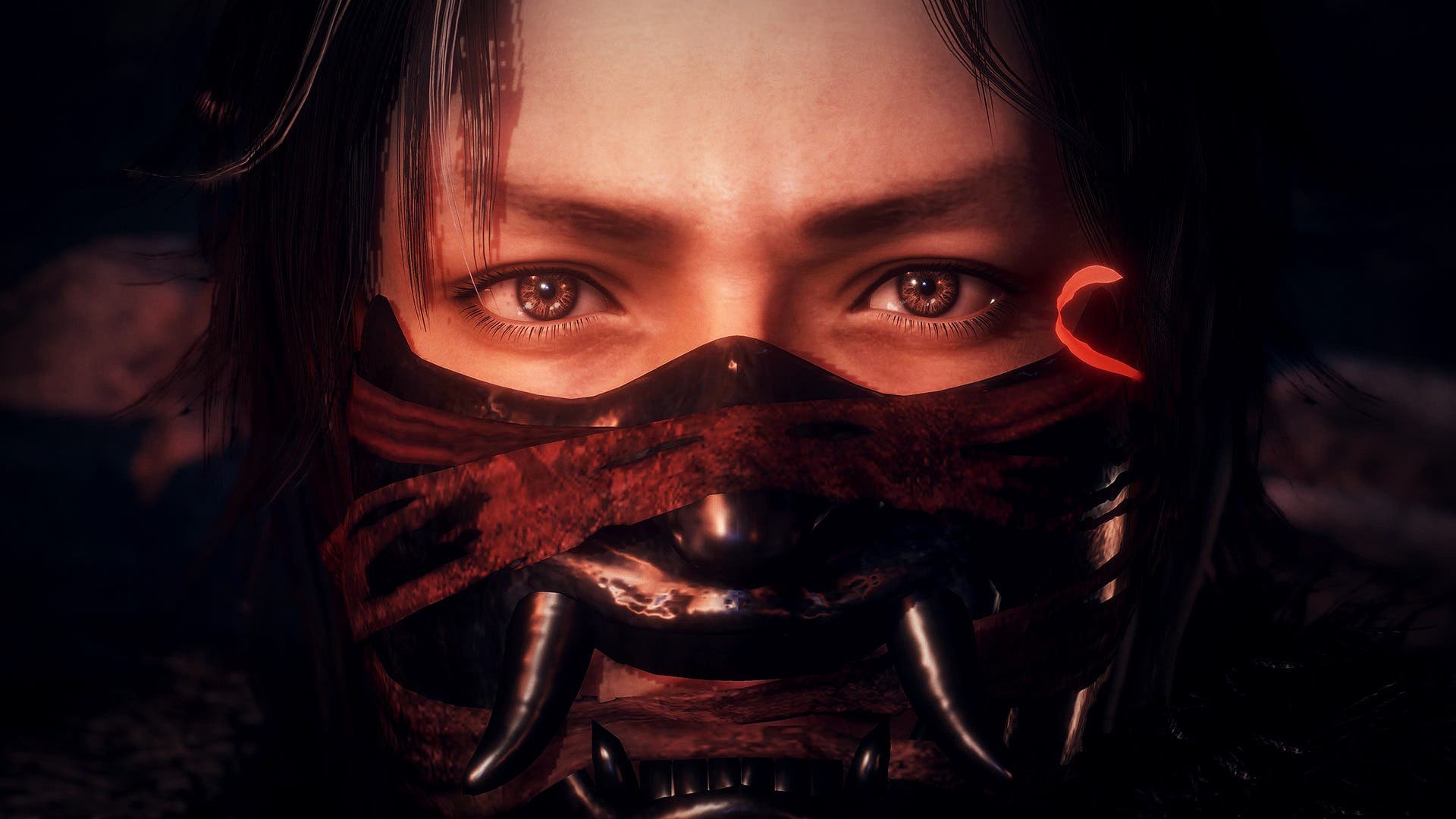 Nioh 2 is both a sequel and prequel, where the early missions start in 1555, before the first game’s timeline. The later missions then take place after the conclusion of Nioh around 1600. Rather than play as a pre-made character, you have full character customization between being male or female, and dialing in every detail with incredible precision. Now you’ll still play as a named character, who’s mute, that goes by the name of Hide (or affectionately called Hiddy). You’ll traverse Sengoku Japan, and even meet a young Lord Nobanuga as you work to dispel the Yokai from the lands as you learn more about yourself along the way.

While it’s a bit obvious, Nioh 2 – The Complete Edition includes all post-launch content and expansions: The Tengu’s Disciple, Darkness in the Capital, and The First Samurai. These are lengthy expansions on their own, around eight to ten hours of extra content individually. This is in addition to the bonus missions added to the base game as well. So, that’s nearly 100 hours of content here, and it’s so worthwhile to experience its unique locales and intricate bosses. 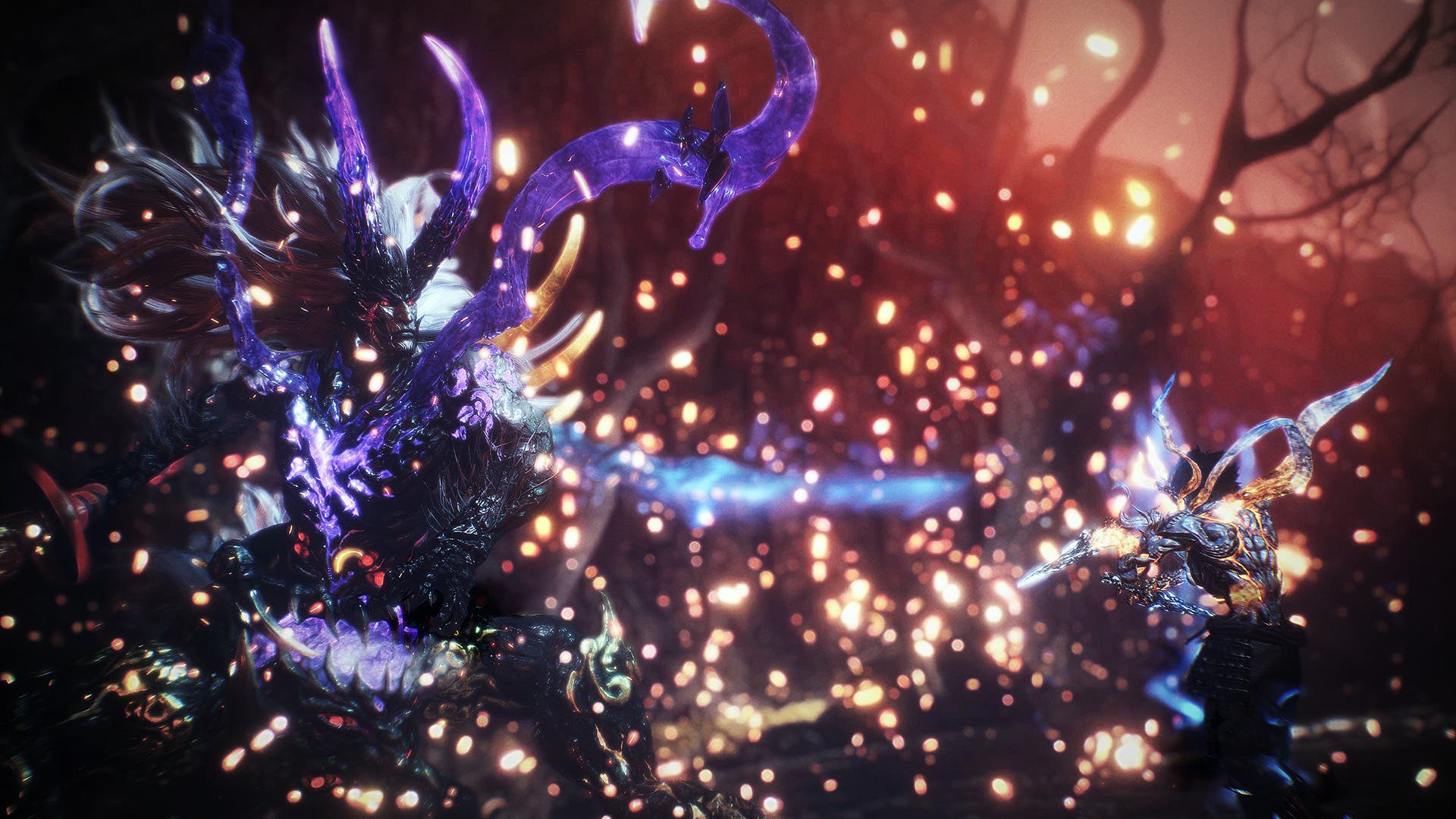 Nioh 2 has a lot of new mechanics and features over the previous game. You yourself are now even part-Yokai, known as a “Shiftling” who are half-human and half-Yokai. Similar to the first game, you can utilize a guardian spirit, but you’ll also transform into your Yokai form for the duration of the spirit. Doing so means you’re just as vulnerable, as taking damage reduces the length of your Yokai form and Spirit Guardian is active for. Dark Realms now will envelop a whole area, which saps your Ki (stamina) from regenerating. This is makes areas much more dangerous as you will have to think more carefully as you approach new areas. There’s now an improved upgrade tree, broken up by weapon type, for a more focused path. Burst counters are new, letting you counter an enemy’s combo attack, allowing you some breathing room to attack, withdraw, or heal. Each successive hit on a boss reduces their stamina, and won’t regenerate until they get a hit on you. Every new system in Nioh 2 is streamlined and improved in every way.

Returning are the way the game handles its locations. Each place is distinct from one another, with different variations. The story is told through Main Missions. Then there are the optional Sub-missions, which are remixed levels with new rewards. For added challenge, there are time-limited Twilight Missions for the hardy, being the ultimate risk vs reward. Even if you stick to the main missions, there’s plenty of depth and difficulty that awaits you. 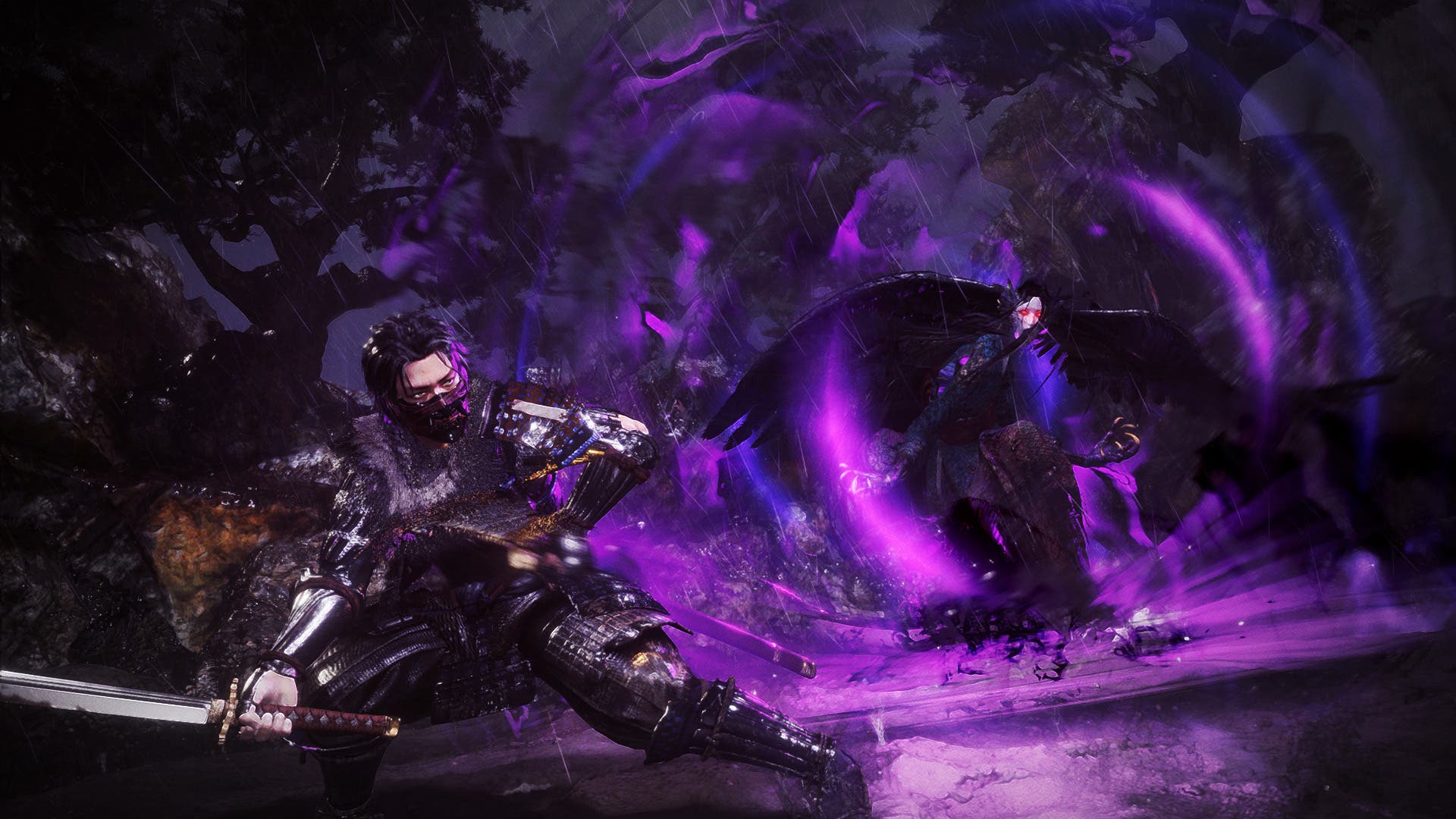 Team NINJA’s reputation is upheld with even more lethal enemies this time around. Every system, stance, an enemy must be learned and mastered. Nioh 2 is all about learning, from each death to every victory. There are even cases where non-combat is viable. It won’t help to progress your character, but can help you advance further in a mission. If Nioh was a middle school bully that tripped you every day in the hallway to just make you fall, then Nioh 2 is now a high school bully stuffing you into a locker every day after school just because it can.

All regular enemies, Yokai, and bosses you fight will drop amrita and gold. Amrita is the currency you use to level up with, and gold is used to improve existing or buy new. There is a waterfall of loot that will drop during any one mission, so it’ll be few and far between where you actually get attached to anything you find useful, as it’ll almost always be immediately replaced by something else. 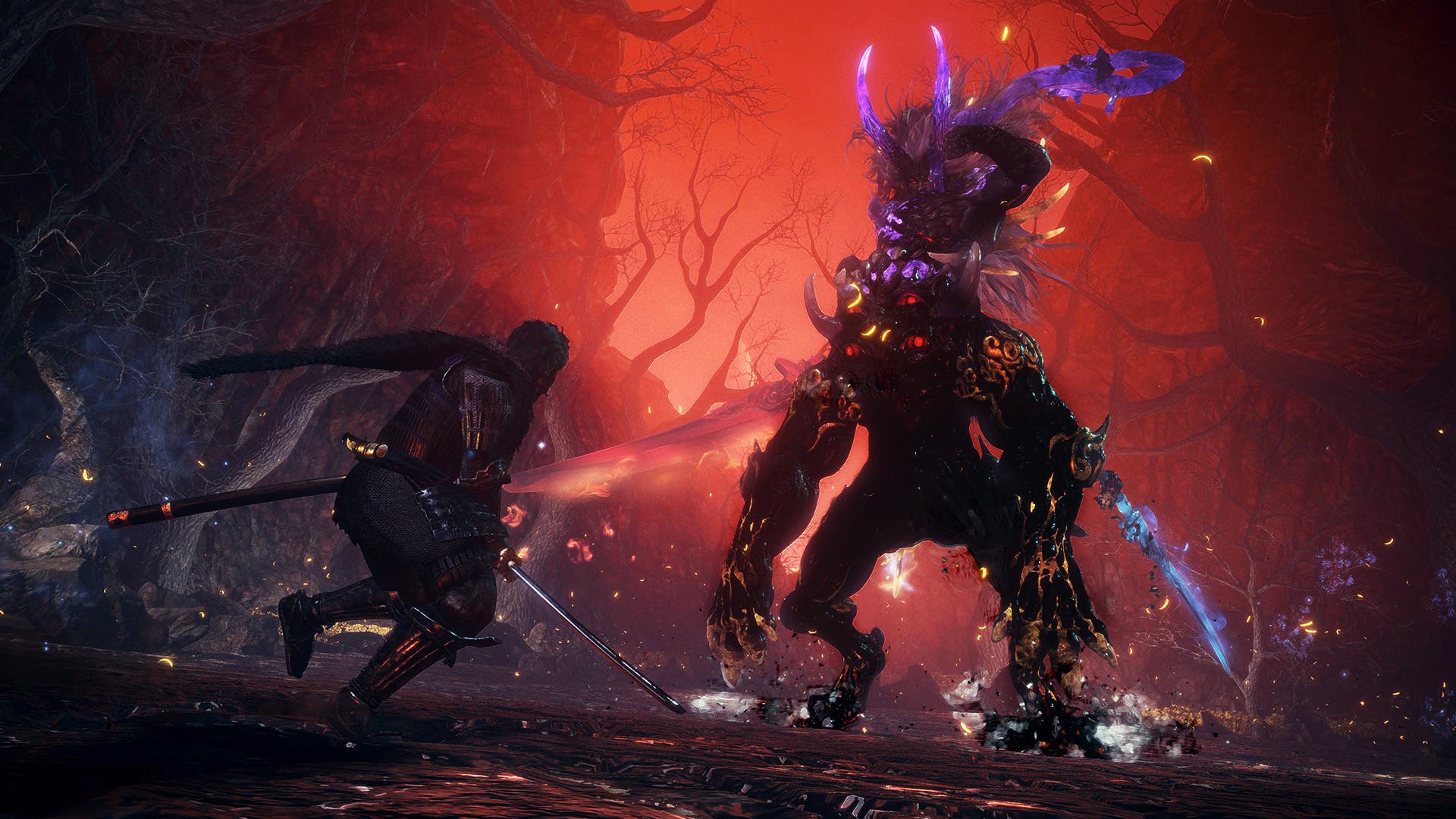 There are some new challenges to missions that make things more difficult, but there’s also elements to help you. In addition to the dark realms that exist, the Yokai drop Ki-suppressing zones. If there are players killed, you can summon a tougher form to fight against and gain rewards by touching a red gravestone. This is similar to Dark Soul’s red phantoms, but AI. On the flip side, you can now touch benevolent graves, colored in blue. This summons a revenant AI to fight by your side.

Collectibles return, but now there’s a pet cat you can find and befriend as an extra ally in combat. Pets, in addition to benevolent, or a coop partner can seriously turn the tide of battle. There’s lots of shortcuts to uncover, that will help you in future runs of the missions. It’s no surprise to say that there’s so much new to be found in here. Soul Cores are skills that use your anima gauge, but allow you to quickly use their powers for a quick attack. Though deciding to use this and depleting a little bit of your anima gauge is a tactical decision. As you kill Yokai, new cores can be dropped at higher levels like you would find any weapon or armor piece. 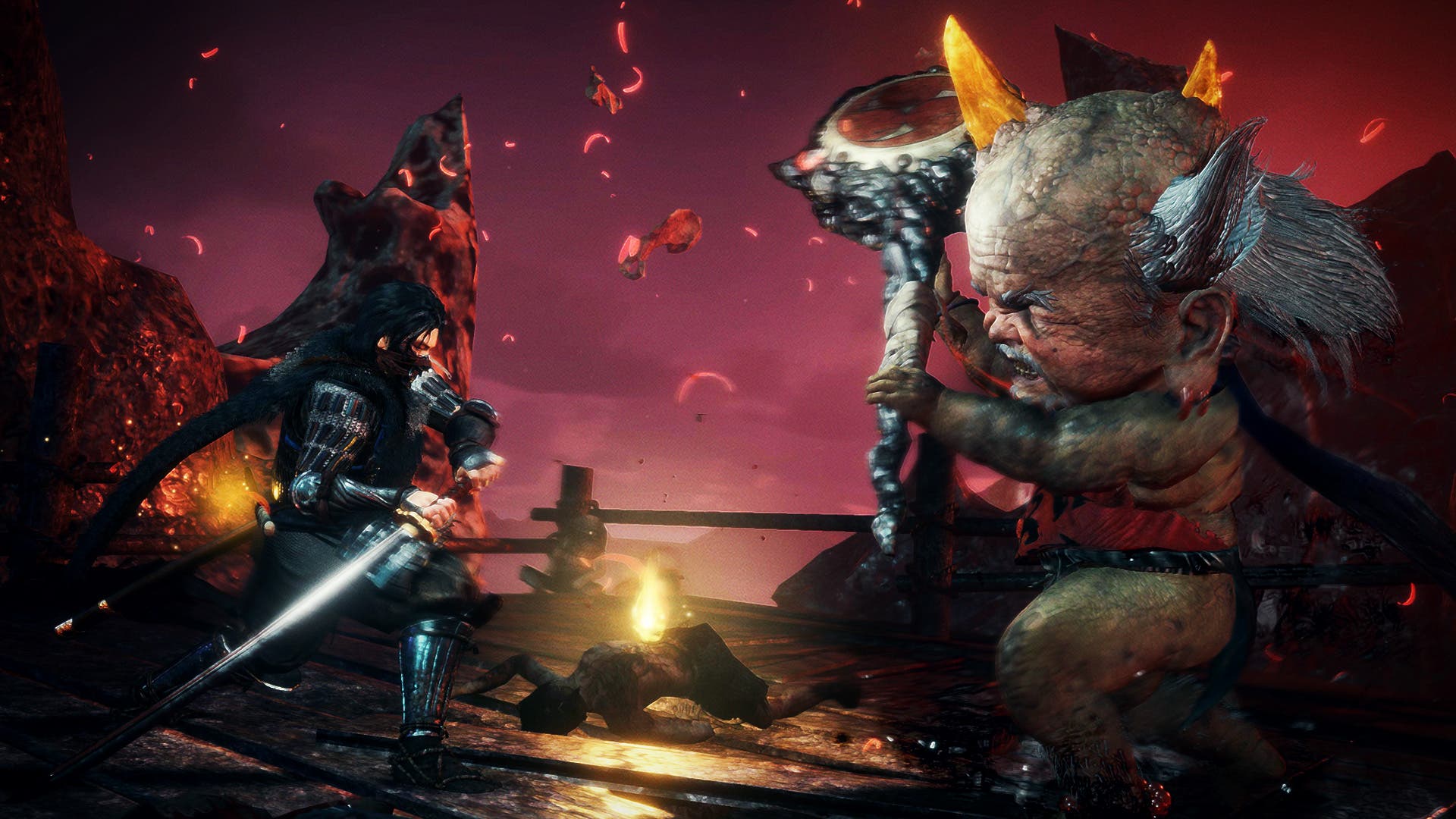 In terms of the technical achievements, Nioh 2 – The Complete Edition succeeds in just about every way. First it is more capable than its PlayStation 4 counterpart. Then it offers more features and capabilities than the PC release of Nioh: Complete Edition. As mentioned earlier, the game supports 4K resolution, ultrawide monitors, and even 144Hz monitors. The framerate is capped at 120fps, but it’s otherwise massive improvements over the prior game. Oddly, all of the game’s cutscenes are rendered in-engine but capped at 30fps. Then there’s the curious case that while I was using an Xbox controller, it gave me PlayStation button prompts. It wasn’t hard for my brain to rewire this on-the-spot, but I suspect this’ll be patched shortly after launch. 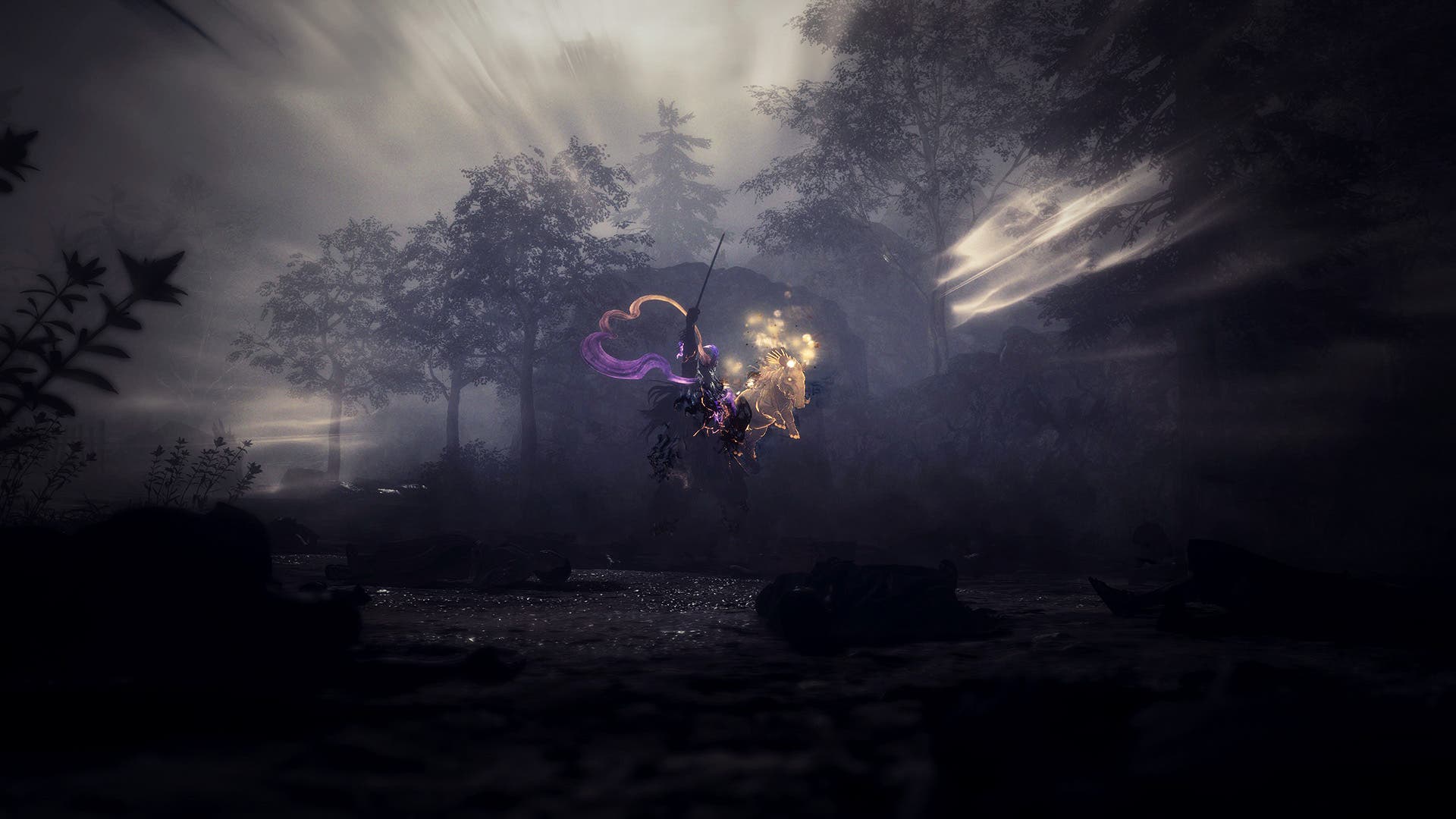 Nioh 2 – The Complete Edition is a very difficult game, but an easy recommendation on PC, as its being the definitive way to play the game. Sure, there’s new consoles out there, but the performance and options for PC are unmatched here. Nioh 2 itself is the toughest one yet, now with even better rewards and variety. Every new feature, mechanic, and system in place is a worthwhile addition, and fits the game, so long as you’re willing to learn it. Nioh 2 – The Complete Edition demands your best, and gives you the best action role-playing game out there.