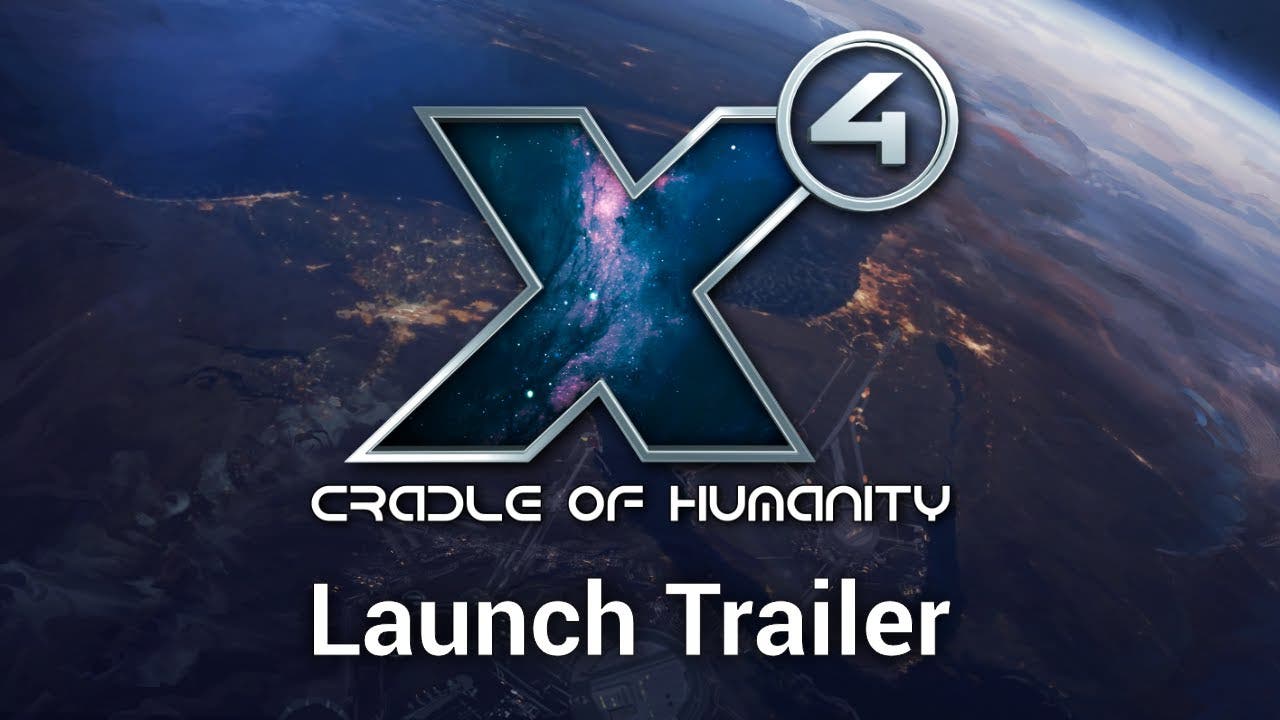 Wuerselen, March 16th, 2021 – The next chapter of the X4: Foundations space simulation has begun! You can now download the extensive free 4.00 update to the base game (Steam | GOG), which expands and improves it in numerous ways. Gameplay changes include completely new features such as Terraforming, new options for managing hostilities, improved fleet control, and a new emergency eject feature. On the technical side, the 4.00 update brings volumetric fog effects, improves the fading-in of asteroids, and adds a visual shield impact effect. This is only a fragment of the changes in the largest free update of X4: Foundations to date. A complete list of changes (with around 400 entries) is available in the Egosoft forum. Further details of these, and other new aspects of the 4.00 update, can be found on our website at www.egosoft.com or in the game’s news section on the Steam website.

But that’s not all! Today EGOSOFT is also celebrating the release of X4: Cradle of Humanity (Steam | GOG), the second expansion for X4: Foundations. The expansion brings the X series back to Earth. It significantly expands the game universe with new sectors, and welcomes two Terran factions along with their economies, ships, weapons and stations. New gamestarts introduce players to the identities and political stances of the Terran factions, and offer alternative perspectives on events in the story of X4: Foundations. New storylines, with cutscenes and brand-new character models, will draw the players deeper into the X-Universe and keep them enthralled.

The base game X4: Foundations for PC was first released on November 30th, 2018. Since then, EGOSOFT has regularly expanded the game with new gameplay features, and has maintained an ongoing program of technical optimisations. On March 31st, 2020, the first expansion of X4: Foundations, X4: Split Vendetta (Steam | GOG), was released and received enthusiastically by the gaming community.

The development of X4: Cradle of Humanity was supported by the German Federal Ministry of Transport and Digital Infrastructure with state funding as part of the federal government’s computer games funding program with an amount of 190,768 Euro.