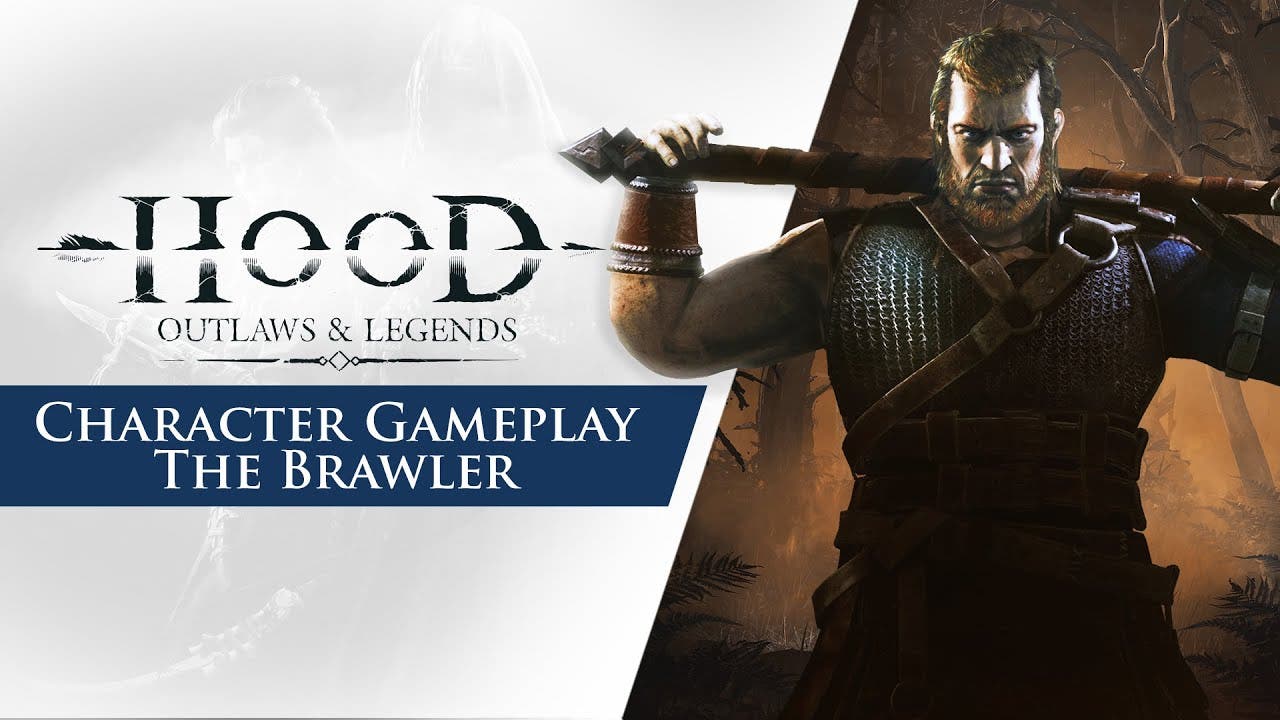 The third in-depth hero reveal for Hood: Outlaws and Legends is here! Sumo Digital and Focus Home Interactive have released the latest gameplay trailer for the upcoming multiplayer PvPvE heist game, this time getting up close and personal with — the Brawler.

Wielding a mighty sledgehammer, the Brawler is a master of melee combat, excelling at holding defensive lines, creating new paths for allies, and, of course, bashing people real good in team fights. The Brawler is an important role in a game in which cooperating with your squad is key to victory; sweep groups of enemies clear, instant-kill unarmored targets, and knock foes off their feet with a sprint attack.

The Brawler can also open portcullises for teammates, perfect for escaping from alerted guards or punishing the enemy team for getting caught, and his explosive grenades offer even more destruction. The Brawler’s Ultimate Ability, Wrath, pushes his bestial fury and physical strength to the limit, granting increased durability and infinite stamina to relentlessly chase down targets.

Pre-order Hood: Outlaws & Legends now on PlayStation®5, Xbox Series X|S, PlayStation®4, Xbox One, and PC to get exclusive early access on May 7 — three days before the official release on May 10. Pre-orders will also get the “Forest Lords” cosmetic pack for free, featuring unique outfits and weapon skins for your characters. You can also pre-order the game’s Year 1 Edition, which includes three Battle Passes due to be released post-launch.