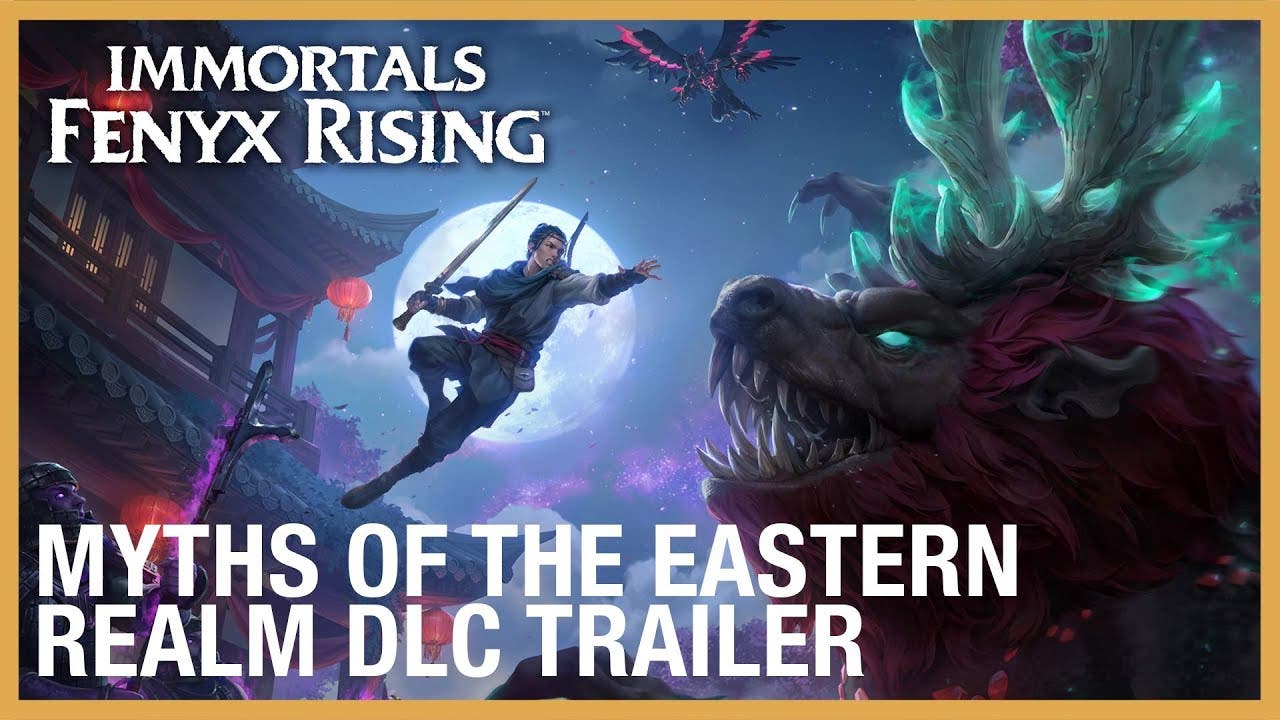 In Immortals Fenyx Rising – Myths of the Eastern Realm, a new hero named Ku embarks on a journey inspired by a popular Chinese myth, Nuwa Mends the Heavens. Ku’s mission is to help the goddess Nuwa restore the fractured sky and save humanity. Encounter legendary Chinese deities, battle monstrous new enemies using a unique fighting style based on Chinese martial arts, and test your logic with new puzzles. Led by the Ubisoft Chengdu studio, this exciting new open world provides players an enriching experience, taking place between the sky and the earth. The world remains true to its cultural origins and features a Chinese architectural style with tall, jagged peaks found in traditional Chinese scrolls and art.

In this post-launch adventure, players will have their wit, agility, and logic challenged by the puzzles found in the Ruins of Heaven. In order to tackle new gameplay ingredients, such as morph cubes, clouds, bamboo, wind controller and air rings, players can unlock new abilities, such as Nuwa’s Agility, Blades of Huang Di and the Axe of Yan Di.

In addition, Immortals Fenyx Rising is offering a brand-new, limited-time Monster Hunt Twitch Extension until April 7th, 2021. Viewers can collect monsters and complete challenges – such as clicking on monsters that appear randomly every two minutes – for in-game rewards while following their favorite streamers’ progression.

The game’s free demo sends Fenyx on a quest to discover the mysterious secret of the cyclops. Set in an archipelago built exclusively for the demo and inspired by Aphrodite’s region of the game, the demo features a mix of combat, exploration and puzzles designed to get players primed for the full experience.