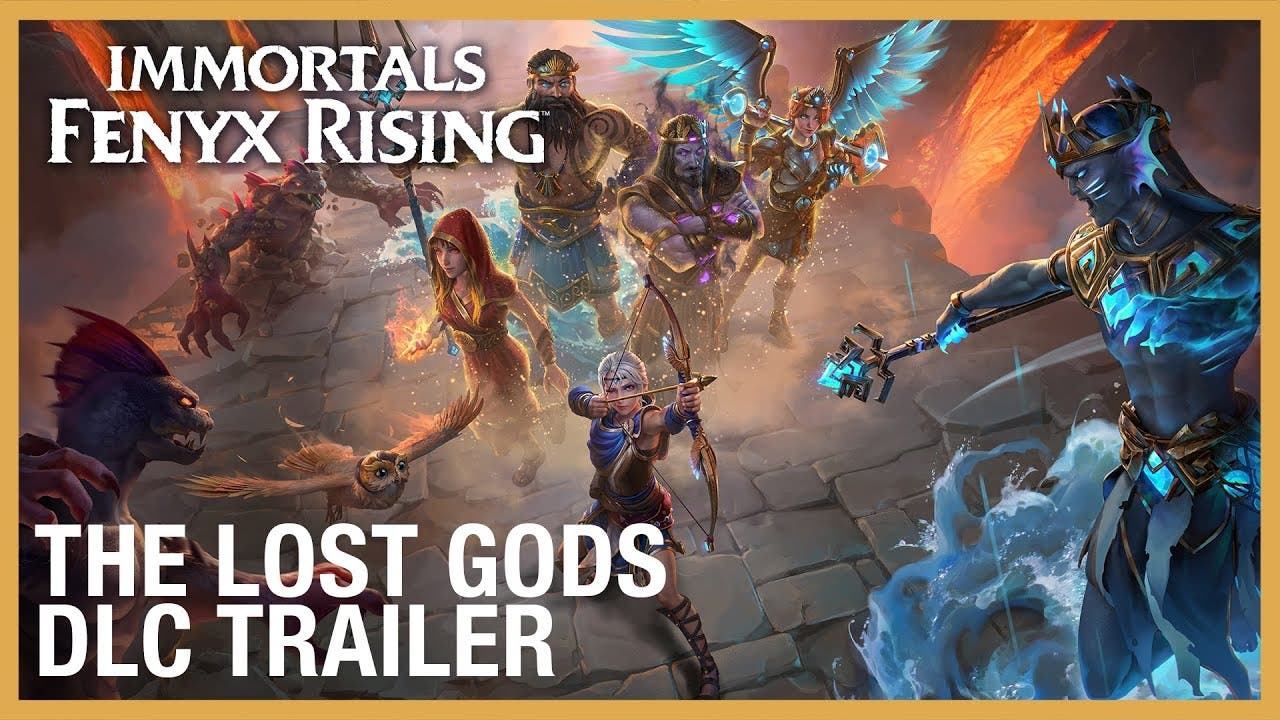 Immortals Fenyx Rising – The Lost Gods, featuring a unique top-down experience and brawler-style combat, returns to Fenyx’s story and their new life as a god. When disaster strikes the mortal world, Fenyx chooses a new hero to restore balance on Earth and reunite the lost gods. Players explore Pyrite Island as Ash, an enthusiastic mortal tasked with convincing Poseidon, Hades and other gods to return to the Pantheon.

In this final post-launch adventure, players will be introduced to new gods and monsters, discover new regions full of challenges and secrets, and take on challenging new enemies. As part of a new progression system, players will also have access to powerful upgrades, specialized bonuses, and unique fighting styles, in addition to two brand-new abilities:

To access Immortals Fenyx Rising – The Lost Gods, players can purchase the Season Pass for $39.99, which includes immediate access to all three post-launch DLC packs, introducing players not only to new characters and challenges, but to new realms and new ways to play. Immortals Fenyx Rising – The Lost Gods can also be purchased separately for $14.99.

The game’s free demo sends Fenyx on a quest to discover the mysterious secret of the cyclops. Set in an archipelago built exclusively for the demo and inspired by Aphrodite’s region of the game, the demo features a mix of combat, exploration and puzzles designed to get players primed for the full experience.