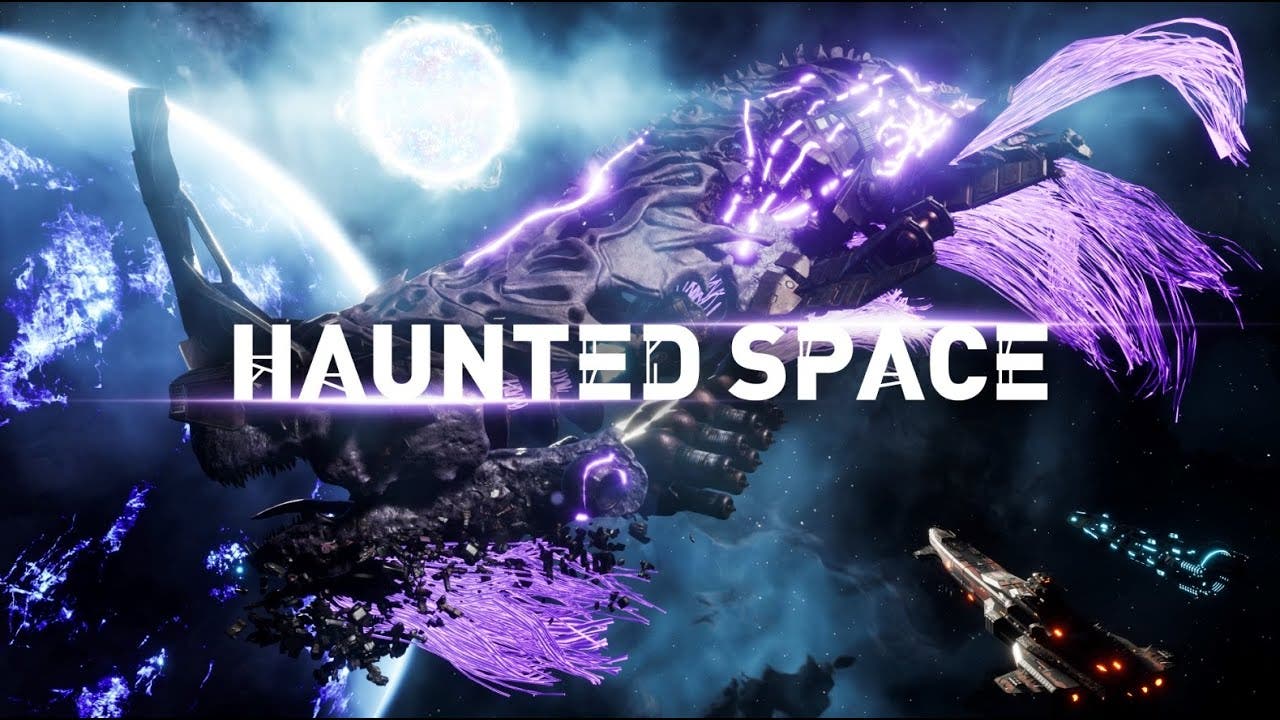 The reveal trailer can be viewed here and on the game’s Steam page.

In HAUNTED SPACE sci-fi blends with horror elements in a story-rich adventure based on exploration, fast-paced dogfighting, trading, and ship crafting, with customisable flight simulation and intense multi-stage boss battles.

In the far future, the second age of human civilisation reached the distant Neterun galaxy and discovered a powerful energy called Sonic Matter. Millions of settlers arrived in Neterun’s systems and a vast factory called the Metal Mother Facility was built to harvest this valuable resource. But humanity soon discovered they were not alone…

“We are thrilled to announce HAUNTED SPACE today”, said Luke Keighran, MD, Merge Games. “Using the power of Unreal Engine, the talented team at Italian Games Factory have created something truly stunning which we think sci-fi and space sim fans everywhere will enjoy. They have created a galaxy steeped in mystery and danger that we believe will deliver a unique and exciting experience for gamers.”

“We are proud and excited to reveal HAUNTED SPACE to the world today”, said Ivan Venturi, Director, Game Designer & Producer, Italian Games Factory. “We’ve given shape to a world we’ve imagined for a long time; a mysterious environment, where the thrill of the unknown is mixed with a post-apocalyptic sci-fi vibe, ghostly apparitions, weird gigantic creatures and many other things never seen before in a space game. We’ll have lots more to share in the coming months, and we hope you’ll join our raider brotherhood!”

In HAUNTED SPACE, you take on the role of a Raider, in the service of the Human Empire, as you traverse a treacherous galaxy in the far reaches of space. Take on quests across multiple systems or strike out on your own to fight, explore and scavenge resources and credits. Trade, craft, customise your ship and fight to survive as you uncover the mystery of a galaxy haunted by an ancient civilisation.
KEY FEATURES: