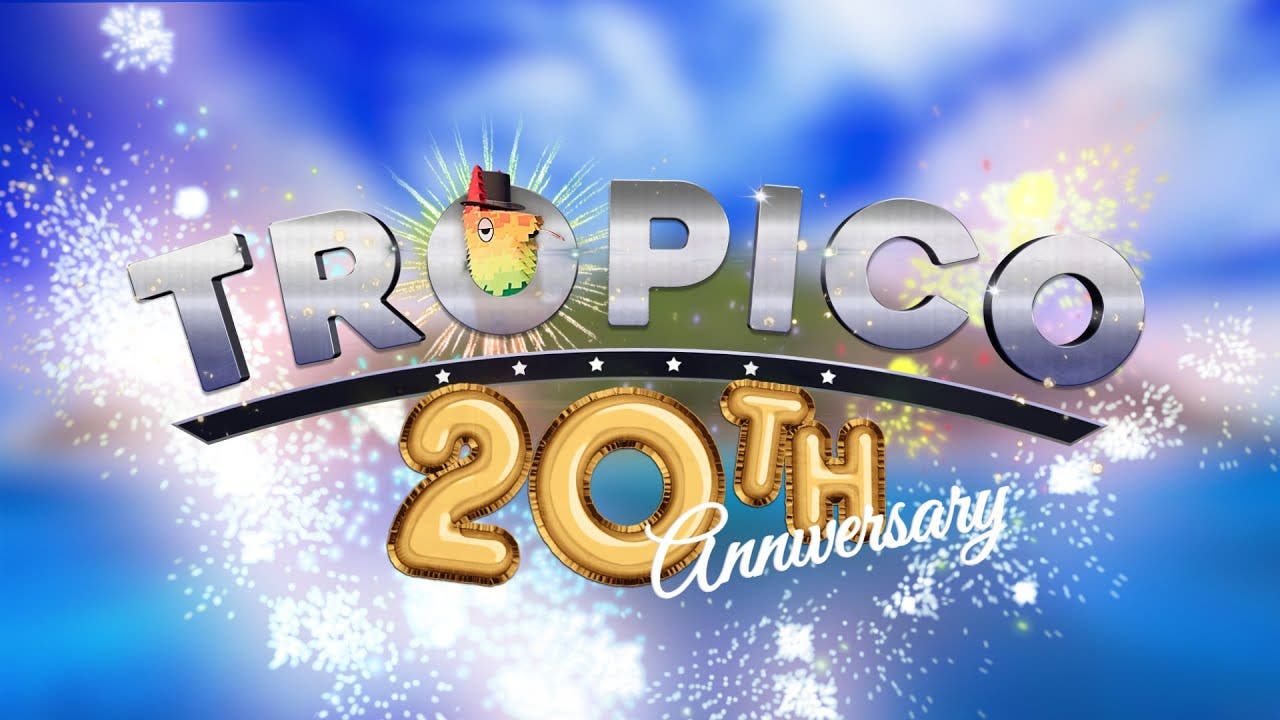 Seattle, Wash. – (April 20, 2020) – Kalypso Media is bursting with pride to announce that tomorrow marks 20 years of its beloved, majestic, regal, and grandiose Tropico series! Every Tropican has taken to the streets celebrating, not revolting and even the ambassadors from other nations are partying in their prison cells!

With six entries under its belt, the series has come a long way and in the symphony of Tropico’s history, publisher Kalypso Media has humbly claimed an instrumental part. Beginning with Tropico 3, the strategy publisher reanimated the series after many years of slumber and brought it a new magnificence, most recently with Tropico 6.

To celebrate the jubilee, El Presidente has ordered new free content for Tropico 6, including a Piñata Llama hunt, new in-game decorations, fireworks and of course, a sparkly golden palace for the player’s El Presidente or La Presidenta to call home. The celebrations are two-fold, as the publisher celebrates its own 15-year anniversary later this year. Kalypso Media was started in April 2006 with two employees. The company now employs 150 people in four countries.

The Tropico 6 in-game festivities kick off today and will be available until 5 May on Steam, PlayStation 4 and Xbox One.

Of course, a celebration of this magnitude requires more than just free content, so Kalypso Media and El Presidente have also let loose a series of sales across the Kalypso Store, Steam, the Epic Games Store, PlayStation Store, Microsoft Xbox ‘Deals with Gold’ and Nintendo eShop.

Over the coming weeks, Kalypso Media will also continue the celebrations with the launch of Kalypso Blog 2.0, populated with all the best development tidbits from Tropico’s past and present, as well as special articles celebrating the publisher’s own 15-year anniversary.

Last but not least: join El Prez himself during a special Tropico 6 – Caribbean Skies live stream tomorrow at 10am PDT, and be sure to check out the Kalypso_Live channel for new content every week.