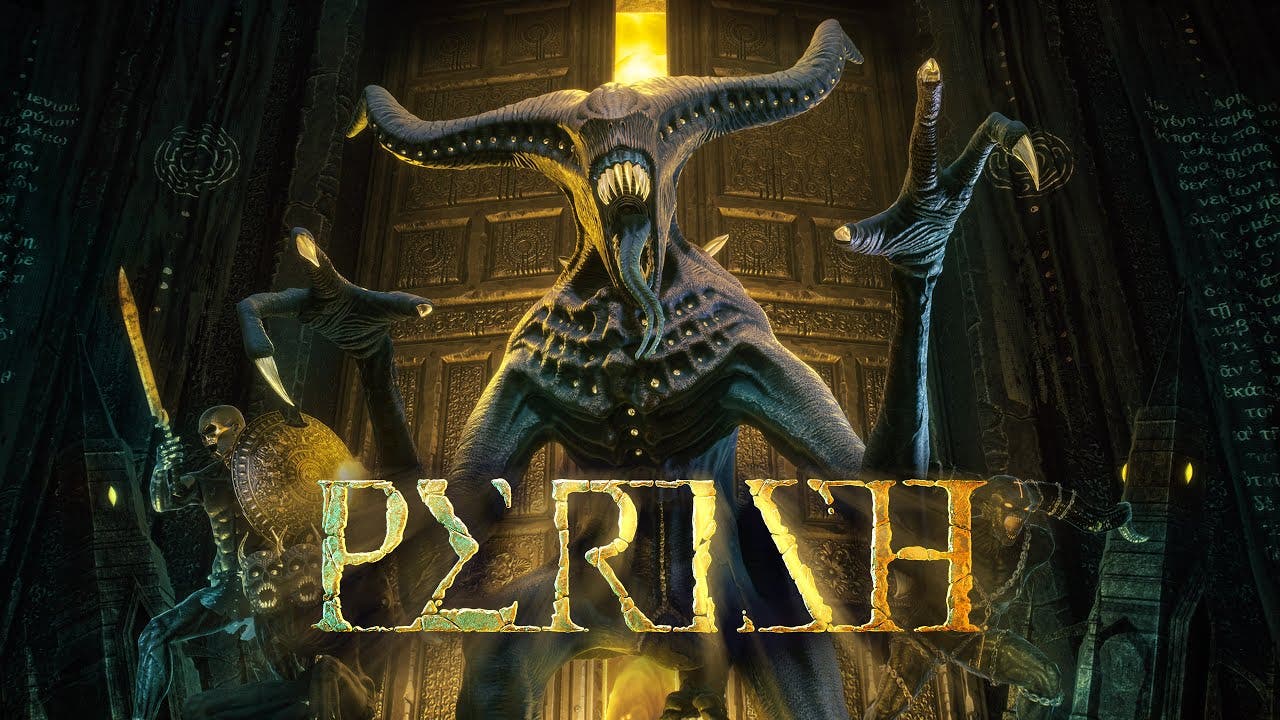 Giebelstadt, Germany / Brighton, UK May 27th, 2021 – Carve a gold-soaked path into the underworld up to Elysium and defeat the denizens of the realms of hell with cold steel. Spew molten golden bolts from the rotating barrels of your otherwordly pieces of handheld artillery. Gather the golden Danake and satisfy the demands of the Priests of Purgatory to earn your redemption!

All this is accompanied by an appropriately brutal Death-Metal soundtrack explicitly written for this game by the devs themselves!

Come and take it!

PERISH is a hellish four-player first-person Co-Op shooter with endless battles in order to ascend to the heavens. Face eternal doom and slay hordes of demonic creatures on the black sands of Purgatory and sell their gold-stained corpses to exsiccated priests in exchange for increasingly powerful melee and firearms. Overwhelm abominable bosses and use the spoils of war to gain entrance to Elysium, a place reserved for mortals related to the gods and heroes. Gold and Death are waiting.

The revenant creatures at the gates of hell are consumed by the same lust for gold that motivates your own craving. Succumb to these dark souls and lose all of your precious wealth. Start over! Death is Sisyphean!

Muster up to three friends and reap the tides of hellish hordes together. Deploy co-op-specific gear and gadgetry to support, defend and revive each other on the perilous path towards eternal oblivion.