Have total freedom over your environment – create custom levels with the same hard surface 3D modelling Level Editor that the developers use!

Sculpt your landscape with mesh editing mode, add trees, rocks, grass and then implement your challenges using the likes of magnet boxes, turrets and props in object edit mode! Use the tools that the developers use – Introducing the Mesh Edit tool to transform your world into a vast playground. 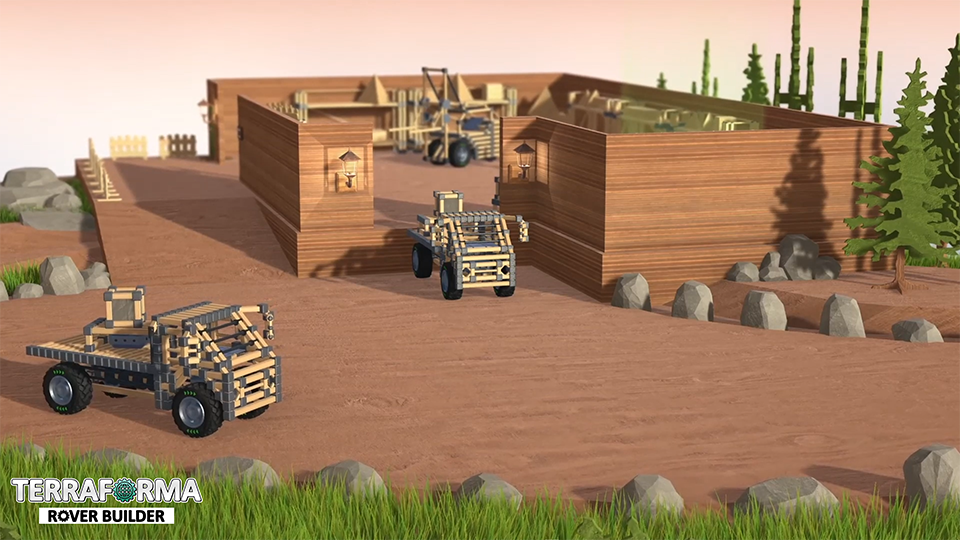 Save rover designs with the “level editor” tag so you can use them in your levels!

Use the games Object Edit Mode and built in physics engine to give objects dynamic movement and create imaginative level designs.

Transform objects to move, rotate or scale them to the position and size you want.

Toggle the state of certain objects:

In Rover Builder, you will be tasked with solving increasingly challenging missions by building the right rover for the job. From retrieve and return collection missions, to traversing difficult terrain and combatting AI enemies. With so many ways to engineer vehicles, design levels and complete missions, join the community to get hints, tips and tricks from fellow builders, provide feedback or share your builds with the group in the Rover Builder Discord!