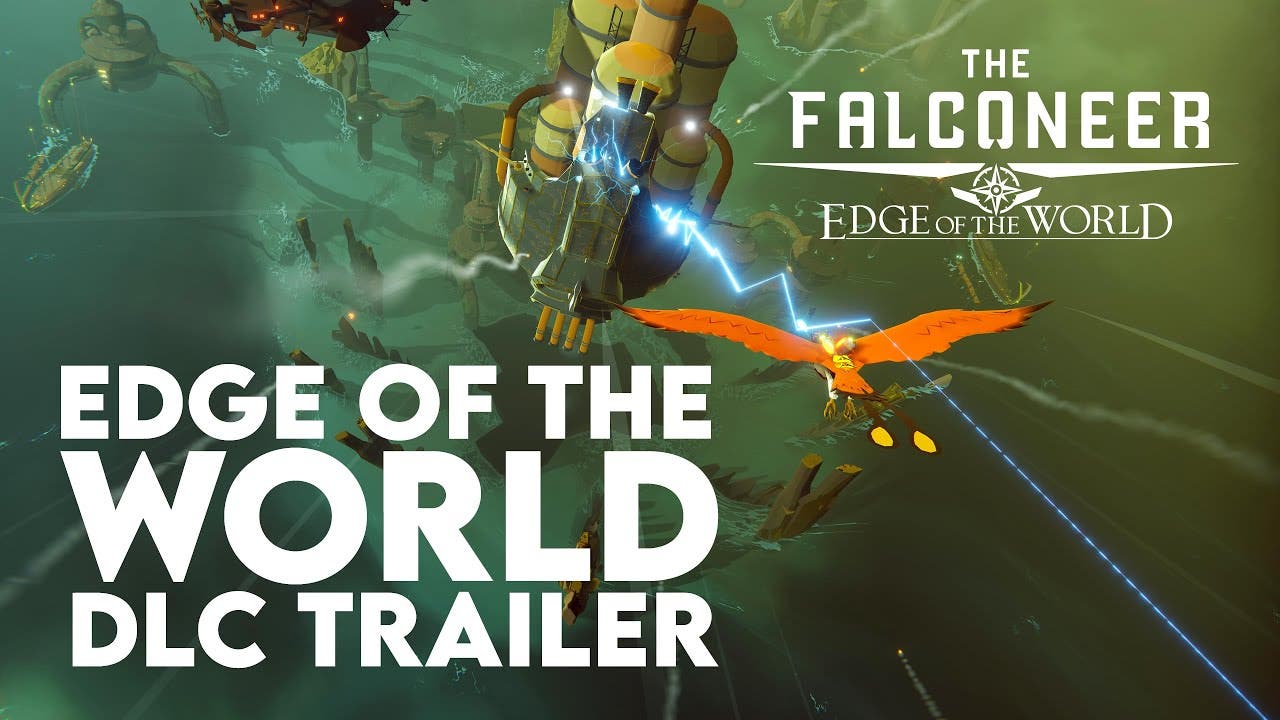 Watford UK, 14th July, 2021. Video Games Publishing Label Wired Productions and visionary independent developer Tomas Sala are pleased to unveil Edge of the World, a significant new expansion for The Falconeer for PC and the Xbox family of devices, releasing alongside The Falconeer: Warrior Edition for PlayStation 5, PlayStation 4, and Nintendo Switch on August 5th, 2021.

As Tomas Sala and Wired continue to create more expansive content for players, Edge of the World features three brand new mini campaigns accompanied by nine new missions. Visit the exotic Mongress Mawsprings, exclusive to Edge of the World, discover ancient installations and uncover the fate of expeditions thought lost long ago, or assist an eccentric client to recover an ancient relic, while combating a deep and archaic evil.

The Edge of the World expansion also reveals two exclusive Legendary Ace classes and mounts. Ascend as the Arbiter who flies on the back of a Fenix, or soar over the Great Ursee as a Corsair aboard a prehistoric Pteron. Take to the skies and unleash the Imperial Shocklance, an electric weapon with the ability to eliminate multiple enemies at once.

Edge of the World also sees an increase of the level cap from 20 to 24 through the various ancient items that can be discovered throughout the Great Ursee.

Tomas Sala, Developer of The Falconeer commented, “I’ve dreamed of having The Falconeer on both PlayStation and Nintendo Switch for a long time. On August 5th, DREAMS COME TRUE.”

“We are delighted to bring The Falconeer to a whole new audience of PlayStation and Nintendo Switch fans”, said Leo Zullo, Managing Director, Wired Productions. “On August 5th, there is something available for everyone. Players will be delighted with the Edge of the World expansion, with a whole host of new campaigns and locations to explore. Edge of the World promises to be a truly mesmerizing experience.”

The Edge of the World DLC will be available to purchase for the Xbox family of devices on the Microsoft Store and for PC via Steam for £6.99 / $7.99 / €7.99. The expansion will also be available as part of The Falconeer: Warrior Edition, releasing on PlayStation 5, PlayStation 4, and Nintendo Switch.