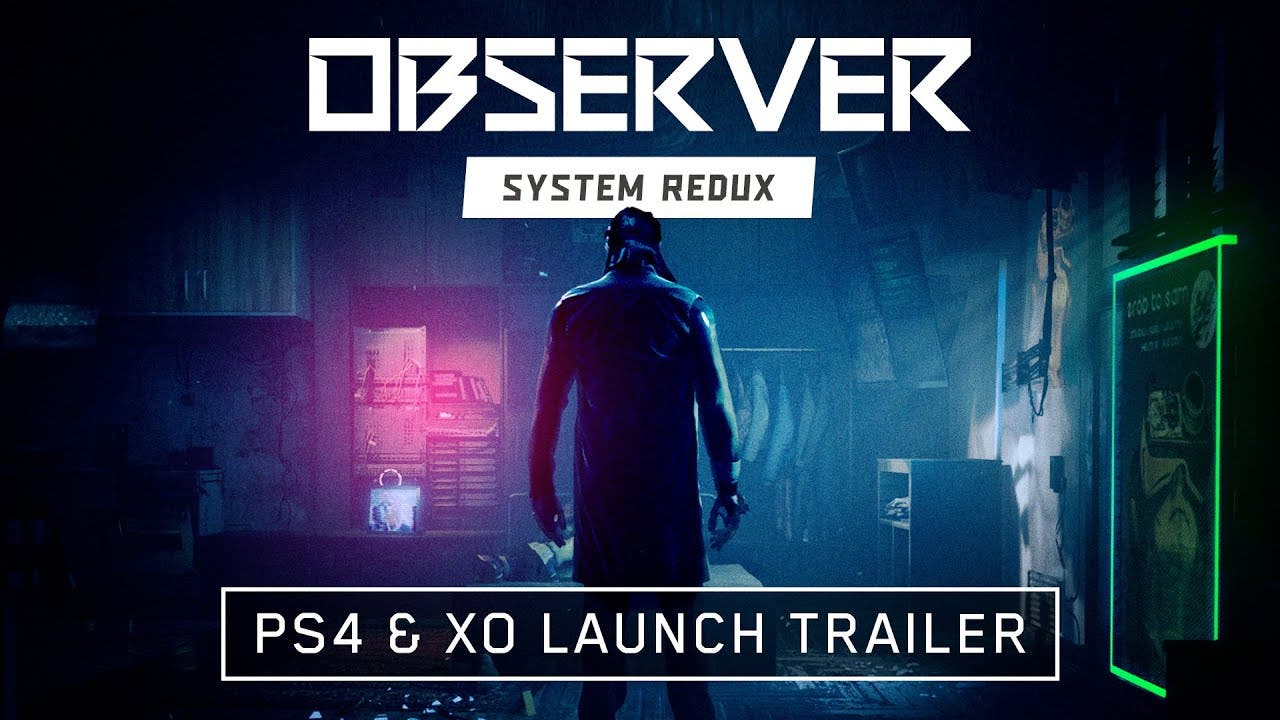 PlayStation 4 and Xbox One consoles get all cybered up today with Observer: System Redux

PlayStation 4 and Xbox One Observer: System Redux owners can upgrade to the next-gen version for free any time after purchase.

Observer: System Redux is the definitive vision of the award-winning cyberpunk thriller Observer, rebuilt and augmented for the next generation. You play as Daniel Lazarski – an elite investigator of the future, portrayed by late cyberpunk icon Rutger Hauer.

The year is 2084. The future has turned out much darker than anyone could imagine. First, there was the Nanophage, a digital plague that killed thousands upon thousands of those who chose to augment their minds and bodies.

Veteran Observers can dive deeper into this dystopian reality thanks to three brand-new side cases to solve. “Errant Signal,” “Her Fearful Symmetry” and “It Runs in the Family” add another layer of depth to the game’s story while exploring thought-provoking themes of a future that soon might become our present.

On top of that, Observer: System Redux on PlayStation 4 and Xbox One offers expanded gameplay, which includes new game mechanics, new secrets to find, redesigned stealth, additional neural interrogations, and quality-of-life improvements made with the help of the Observer community. Experience one of the most thrilling cyberpunk stories in gaming in all its dark glory.

Find more about Observer: System Redux and Bloober Team at: