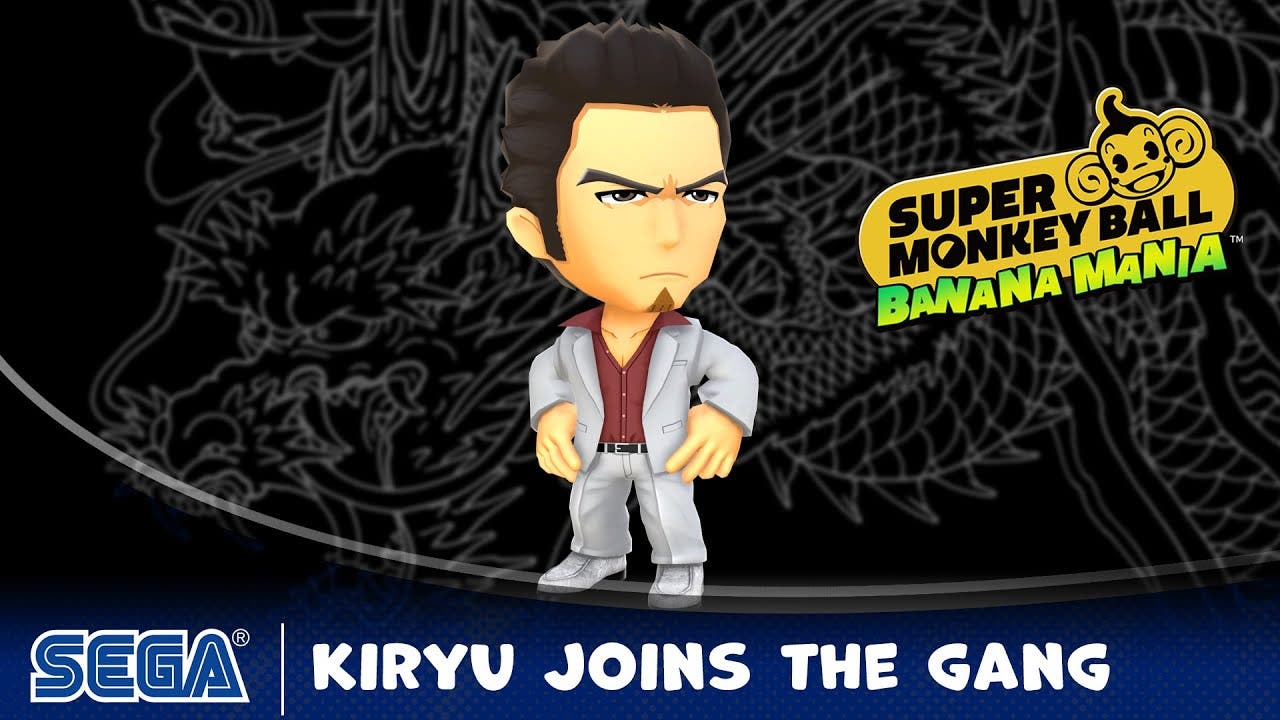 The legendary “Dragon of Dojima” meets the “Monkey of Jungle Island” in this SEGA all-star collaboration, which introduces the formidable Yakuza lead to the world of Super Monkey Ball.

Super Monkey Ball Banana Mania launches on October 5, 2021, for Nintendo Switch™, PlayStation®5, Xbox Series X|S, PlayStation®4, Xbox One, and PC via Steam for $39.99 (console) and $29.99 (PC). The Digital Deluxe edition will retail for $49.99. Super Monkey Ball Banana Mania will also support Xbox Series X Smart Delivery immediately on release, ensuring players will only have to buy the game once to play it on their favorite Xbox console. Additionally, buy the digital PS4™ version from PlayStation™Store or the physical version from a retailer and play the PS5™ version at no extra cost.