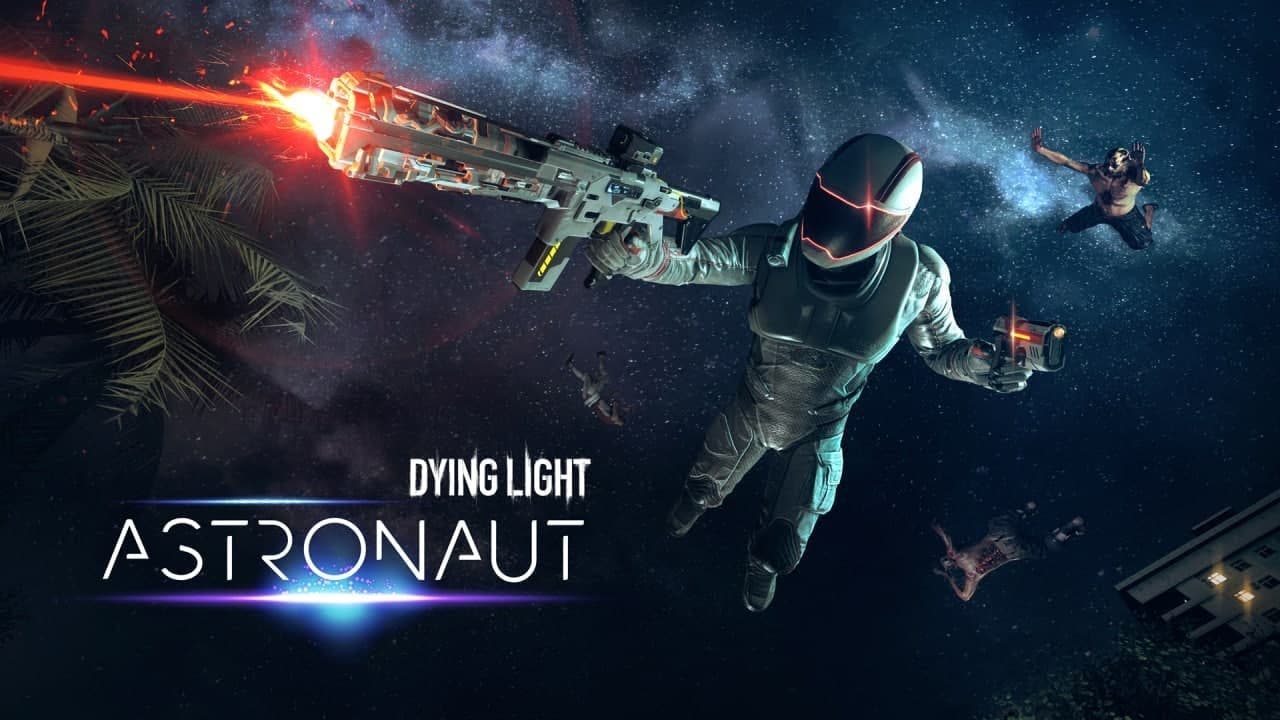 Wrocław, Poland — August 19, 2021 — Techland today announces the launch of a new event in the world of Dying Light, Low Gravity, in which forces from outer space besiege Harran. Additionally, Techland announces the Astronaut pack available for purchase alongside the free event, which contains new items and skins related to Low Gravity.

In Low Gravity, players must protect the Earth from the invasion and influence of alien visitors. Unknown perpetrators have modified gravity, which affects the way players and their opponents behave. During the event, Heroes of Harran can:

Unknown cosmic forces have also touched the infected. Just like players, they will fall much slower and take no damage when falling. Furthermore, an explosion or dropkick attack will launch them high into the air.

The event will be accompanied by challenges yielding special rewards for completion. For defeating 100 enemies in the local event, players will be awarded the V-27 Chameleon Machete (gold). In the global event, for eliminating 100 million infected, players will receive 3 King upgrades.

Witness the interference of forces from outer space through changes to Harran itself—including the crash-landing of an alien ship. Low Gravity will last until 01.09.2021 at 19:00 CET.

In connection with the event, Techland has prepared Astronaut, a brand-new package of weapons and skins, to help players stage a defense against Earth’s invaders. The pack contains the following items, accompanied by unique modifications:

The Astronaut pack is available for purchase starting from $2.99 on PC, Xbox One, and PlayStation 4.