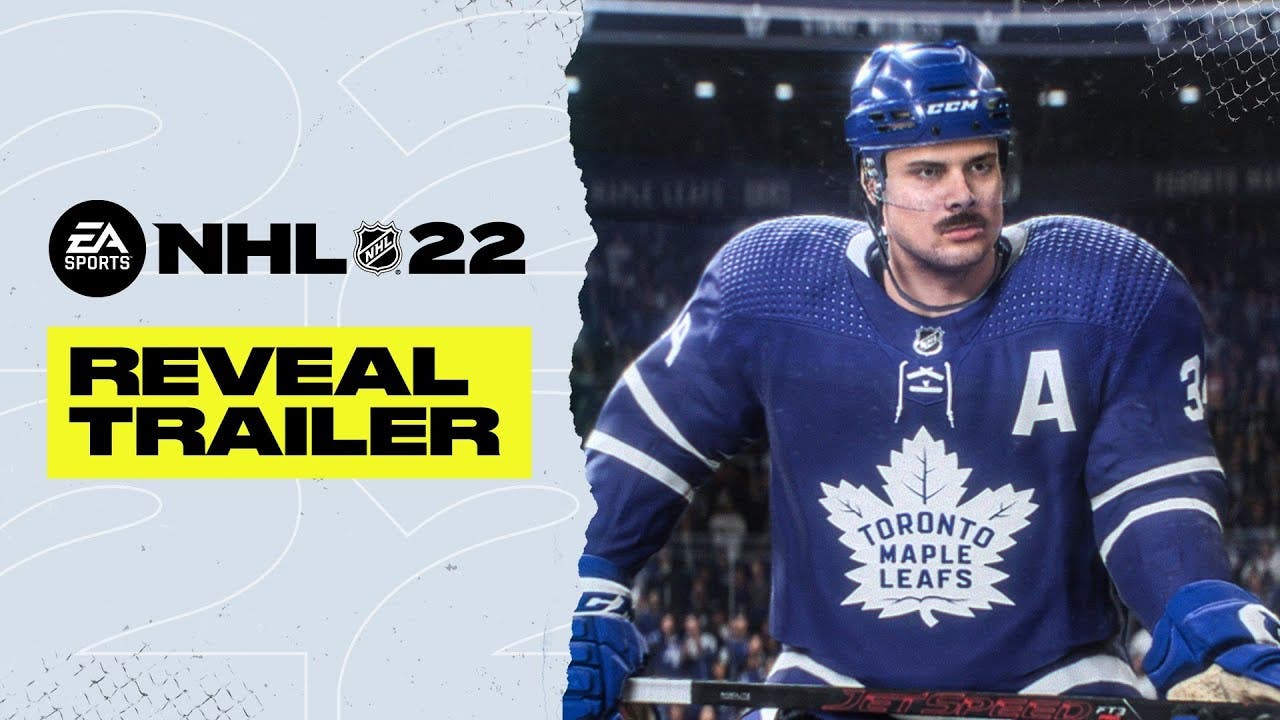 NHL 22 releases on October 15th, using the Frostbite engine for the first time

REDWOOD CITY, Calif. – Aug.19, 2021 – Electronic Arts Inc. (NASDAQ: EA) brings the superstar treatment to hockey fans everywhere with EA SPORTS™ NHL® 22, a breakthrough hockey experience coming to next gen consoles PlayStation®5 and Xbox Series X|S, as well as PlayStation®4 and Xbox One on October 15. Now powered by the Frostbite™ engine, every real-world player and arena will have unrivaled visual detail, while the addition of Superstar X-Factors will elevate the league’s biggest stars with an all-new layer of class-based play. Toronto Maple Leafs superstar center Auston Matthews, whose world class skills personify what it means to be an X-Factor on the ice, returns to the EA SPORTS NHL cover in NHL 22 after an incredible 2020-21 season that included winning the Maurice “Rocket” Richard Trophy for most goals in the regular season.

“I’m thrilled to be working with EA SPORTS again and returning to the ice in NHL 22,” said Auston Matthews of the Toronto Maple Leafs. “This year, Superstar X-Factors bring a whole new level of elite competition and strategy to the game, and you’ll be able to unleash my ‘Shock and Awe’ ability for exciting shots at the net.”

For the first time ever, the Frostbite engine comes to the EA SPORTS NHL franchise, making NHL 22 the biggest leap forward in graphics and game play in franchise history. Players will be brought to life via overhauled player likeness, cloth animations and uniform micro-details, all delivered in higher resolution to make every stitch visible. Alongside these advancements will come enhanced spatial awareness for players to track and react to the world around them. In addition to enhanced player detail and visual fidelity, on-ice gameplay will see an upgrade as well with new physically accurate stick interactions, just one of many gameplay improvements coming to NHL 22.

Superstars will distinctly feel like their real-life counterparts in NHL 22 with the introduction of Superstar X-Factors, a game-changing system that unleashes unique abilities for the best players in the game, with traits inspired by their individual real-world skills. Superstar X-Factors bring two key elements to help elevate hockey’s elite and break them away from the pack: Zone Abilities and Superstar Abilities. Zone Abilities bring game-breaking enhancements to the best players, while Superstar Abilities represent upper echelon skills reserved for athletes playing at the next level. Players like Edmonton Oilers Forward Leon Draisaitl, whose “Tape to Tape” ability reflects his elite core passing; or Tampa Bay Lightning goaltender Andrei Vasilevskiy’s “Contortionist” X-factor that boosts his ability to make wild, body-twisting saves with ease will make a profound impact on NHL 22 gameplay. Superstar X-Factors not only bring new facets to gameplay but also add new dimensions to Franchise Mode, Be A Pro, Hockey Ultimate Team and World of Chel.

Hockey encompasses a diverse community of passionate players, all united by their love of the sport, and NHL 22 is embracing this culture through a number of new features across modes, as well as its rich live service plan beyond launch. In the coming weeks more will be shared on the World of CHEL, Hockey Ultimate Team, Be A Pro and Franchise modes, as well as some long-requested community features.

EA Play members can get more out of NHL 22 with early access. For more information on EA Play, please visit https://www.ea.com/ea-play.

NHL 22 will be available on Oct. 15, 2021 on PlayStation®5, Xbox Series X|S, PlayStation®4 and Xbox One. For more information on EA SPORTS NHL, visit www.easports.com/NHL.