Syberia: The World Before releases onto PC via Steam, GOG, and Epic Games Store on December 10th

Paris, August 19th, 2021 – Gamescom 2021, Microids is delighted to announce the release date for Syberia: The World Before as well as the pre-order campaign opening and the content of the Digital Deluxe Edition with a brand new trailer! The game will launch December 10th on PC.

The saga created by the lamented author and comic book artist Benoît Sokal will take players on an incredible journey alongside the beloved character Kate Walker at the year’s end.

Tag along for a thrilling adventure with the rise of the fascist movement Brown Shadow as backdrop and discover the link between Kate Walker and Dana Roze as they face multiple threats in different time periods. 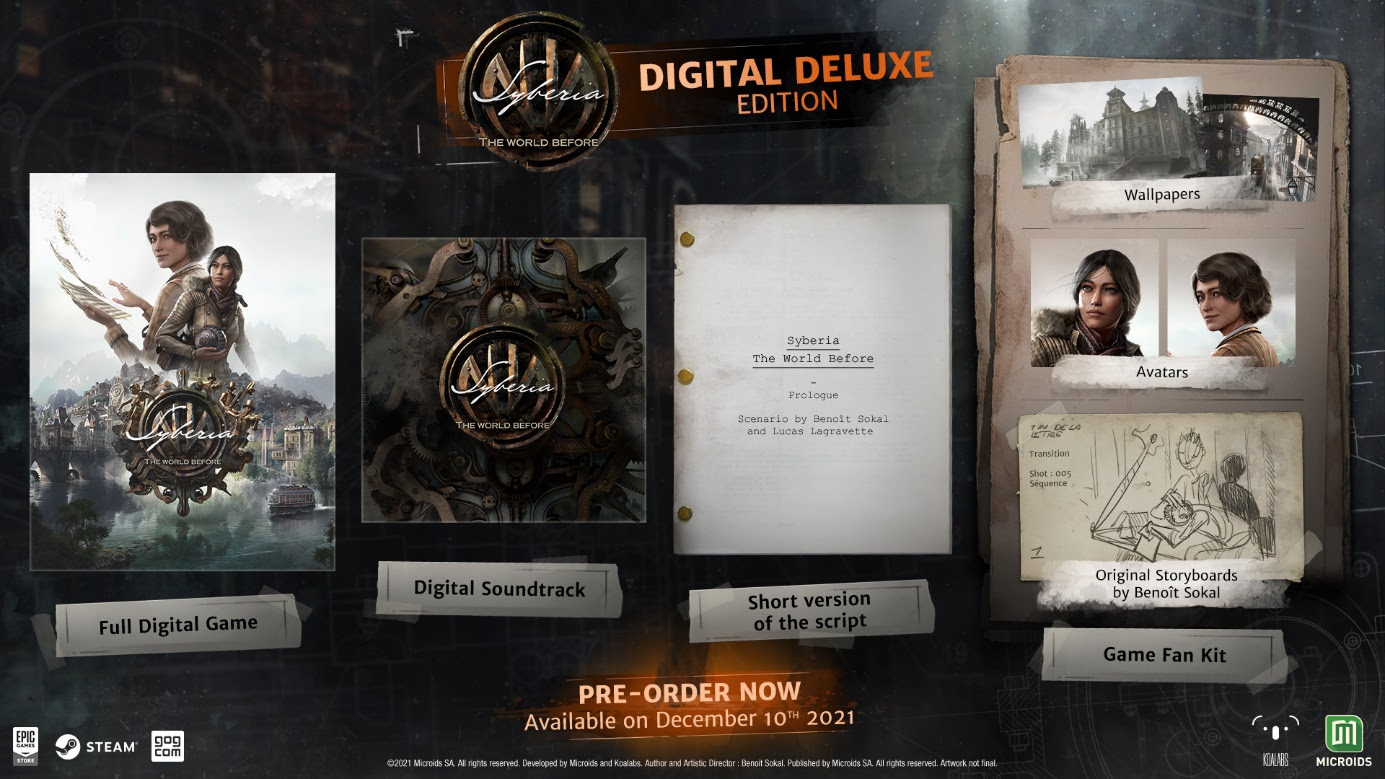 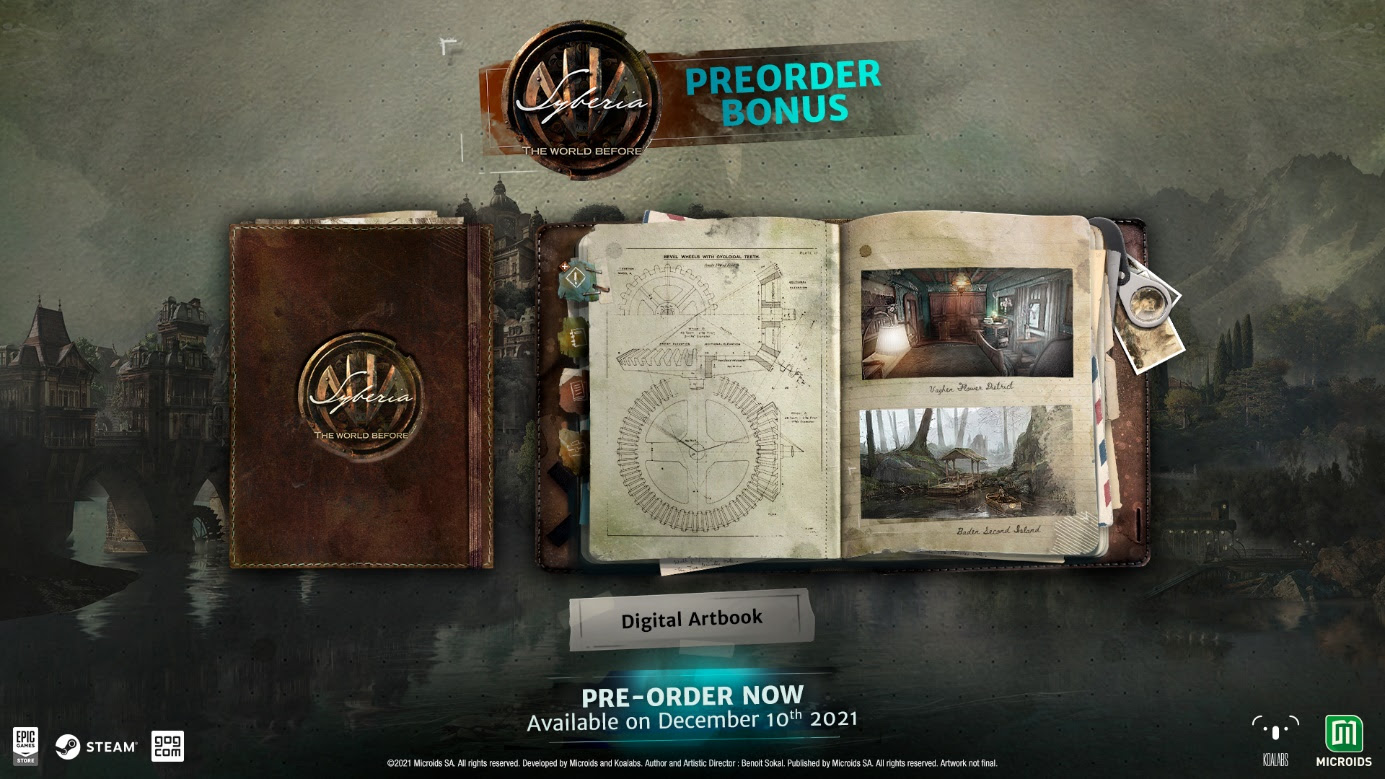 Syberia: The World Before will launch December 10th 2021
on PC (Steam, GOG and Epic Games Store) and in 2022 on consoles.

As a reminder, the prologue of Syberia: The World Before is available for free on Steam and GOG. Available now for preorder on Steam, GOG and Epic Games Store.