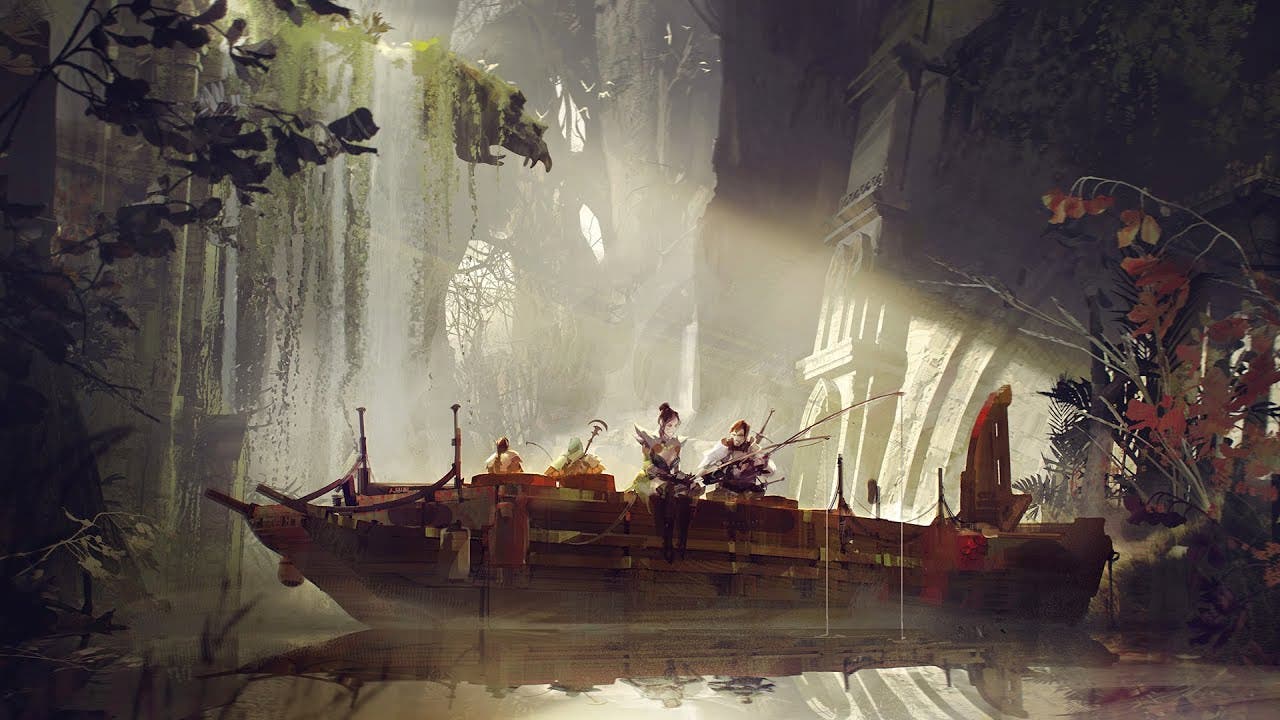 BELLEVUE, WA – August 24, 2021 – In celebration of Guild Wars 2 entering its ninth year, ArenaNet today released an infographic containing a potpourri of new stats around the game and its player behavior. Did you know that players have been bested over 11 million times by the diminutive but dangerous pocket raptor in the Maguuma Jungle?

Guild Wars 2 has maintained a 99.9% server uptime in its near-decade of existence, while over 16 million accounts have combined to adventure in Tyria for more than 21,000 real-time years.

To commemorate the birthday, ArenaNet has released a new look at the latest fishing and skiffs features coming to its third expansion, End of Dragons, in February. With fish all over Tyria on the menu, skiff cruises with up to four friends will allow a whole new way to explore Guild Wars 2’s waterways.

In addition, the studio shared new information about its upcoming technical betas for a planned upgrade to DirectX11 and the in-game World vs. World Alliances server restructuring.

The DirectX11 integration will go into beta testing on September 21. Players can opt-in through the in-game options menu, and are encouraged to leave feedback and report any issues via the Guild Wars 2 forums. Later in September, the World vs. World Alliances beta will also kick into gear with a week-long beta test for players to experience the new server infrastructure and WvW process.

For screenshots and concept images from End of Dragons, please visit the online press kit. For anyone new to Guild Wars 2, we’ve created a continuously updated 2021 Player Guide that can be used to generate guides, lists, previews, and other forms of content to inform readers.

ArenaNet and NCSOFT will continue to reveal more about the expansion throughout the summer on their Twitch and YouTube channels via a series of live streams, with many more surprises in store throughout the remainder of 2021.