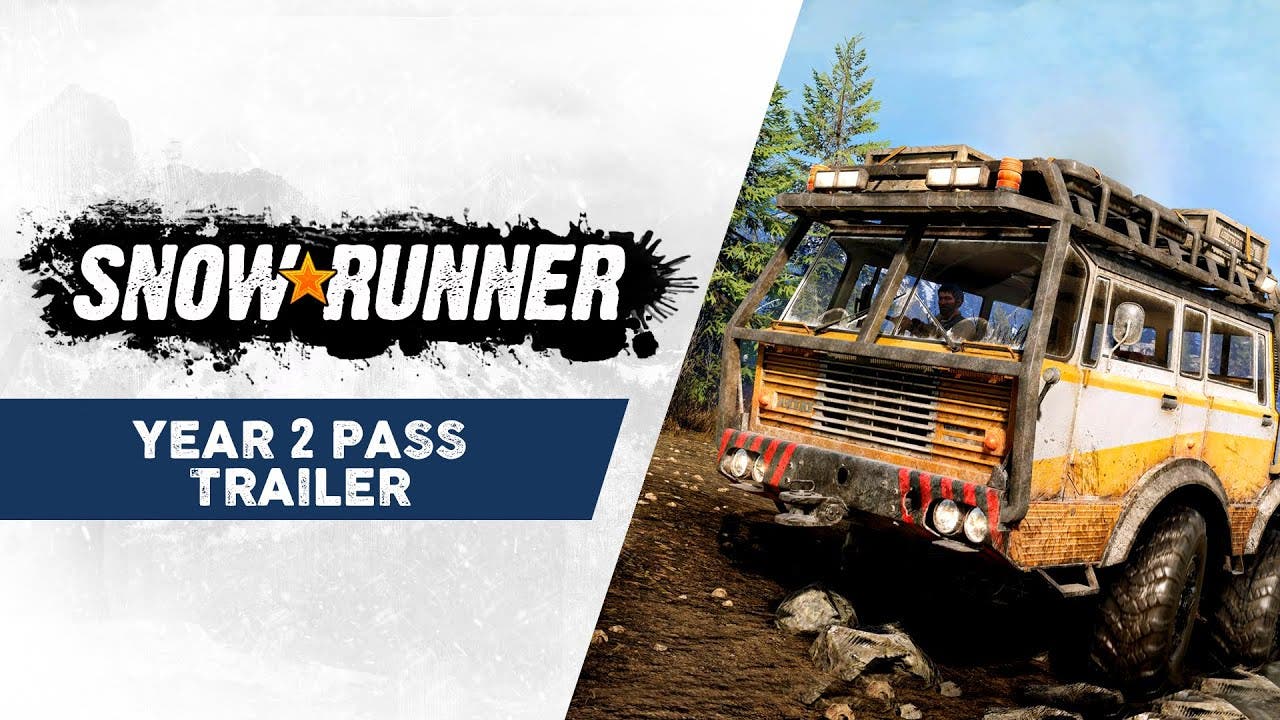 PARIS – Aug. 31, 2021 — SnowRunner, the ultimate off-road driving experience from Saber Interactive and Focus Home Interactive, is gearing up for its second year of post-launch content with the Year 2 Pass, featuring a ton of new surprises (plus some free ones for everyone) across four seasons, coming to PlayStation®4, Xbox One, Nintendo Switch and PC. The beginning of this fresh SnowRunner year is right around the corner with Season 5: Build & Dispatch, launching on September 9.

The Year 2 Pass is packed with new and exciting content spread out over four seasons, including new regions, vehicles and activities. Each planned phase of content will also come with free new features for all SnowRunners, including cosmetics, New Game+, a breathtaking Immersive Mode, and last but not least, crossplay between all platforms. This starts with crossplay on PC across Steam, the Epic Games Store, and the Microsoft Store when Season 5 drops on September 9, allowing you to play with more friends than ever before.

Season 5: Build & Dispatch, the first of the four scheduled seasons in the Year 2 Pass, introduces two summer maps in a new region: Rostov Oblast. These hill-type maps with mild slopes host one of the industrial strongholds of southern Russia and will be your playground aboard two new TATRA vehicles. Restore and rebuild a TATRA factory to unlock two powerful 8-wheelers, the TATRA FORCE and TATRA PHOENIX, with their signature adaptable axles. Season 5 also brings new skins and stickers to all players across a variety of vehicles.

SnowRunner and the Year 2 Pass are available now on PlayStation®4, Xbox One, Nintendo Switch and PC. You can grab the game and all content from the Year 1 Pass with SnowRunner – Premium Edition. For more information, visit our official store page.