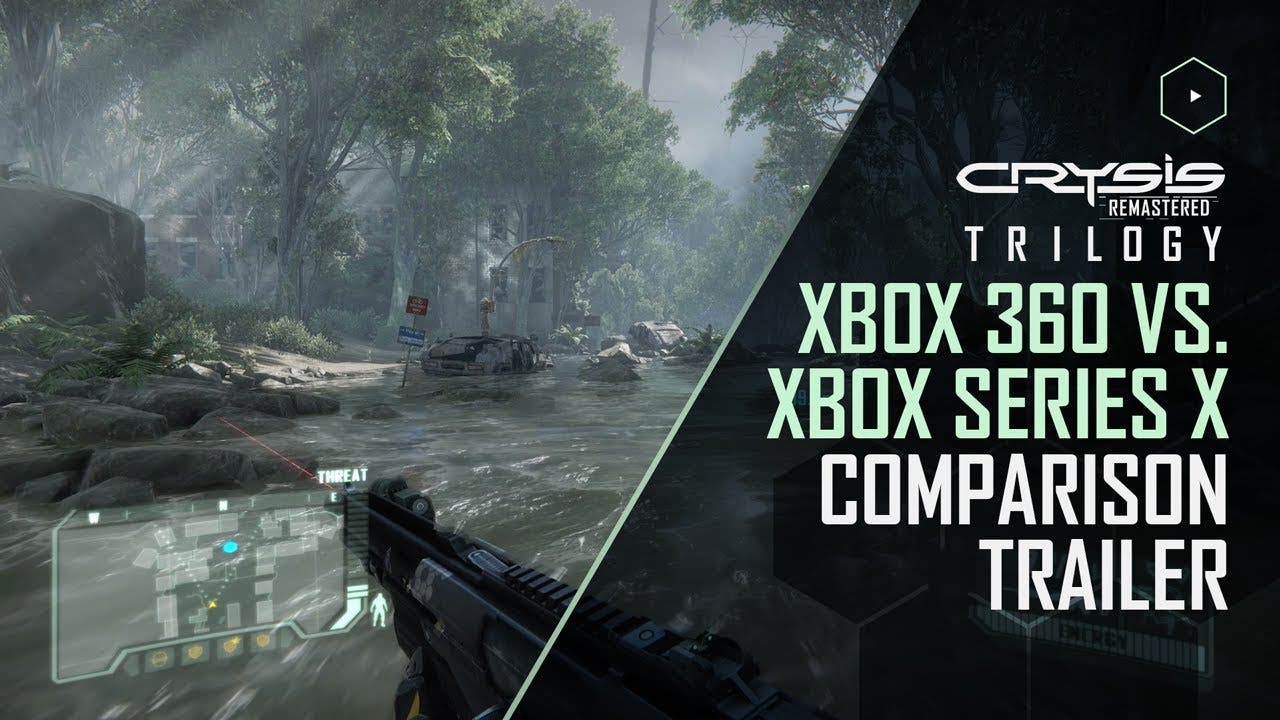 FRANKFURT, Germany – Sept. 2, 2021 – Crytek today announced that Crysis Remastered Trilogy, an all-in-one collection featuring remasters of the iconic single-player campaigns from Crysis, Crysis 2, and Crysis 3, will launch on October 15 on PC and consoles. Fans will also be able to purchase Crysis 2 Remastered and Crysis 3 Remastered individually on the same date.

Ahead of the October 15 launch, Crytek has released two comparison videos showcasing the differences between the remasters on Xbox Series X and PlayStation®5 compared to the original games on Xbox 360 and PlayStation®3. A PC comparison is coming soon.

Crysis Remastered Trilogy will also receive a physical release for Xbox and PlayStation platforms on October 15. Nintendo Switch will feature separate retail releases for the remasters of each individual title in the trilogy, offering players an exclusive bonus art card. In addition, twenty art cards randomly inserted into day one orders for each format will be numbered and autographed by members of the development team.

Crysis Remastered Trilogy is optimized and enhanced for next-generation consoles, letting each game play smoother than ever before. The original games played at an average of 720p resolution and up to 30 FPS. On Xbox Series X and PlayStation®5, the Crysis remasters play between 1080p and 4K at up to 60 FPS, achieved with dynamic resolution for excellent performance on today’s hardware. In addition to substantial performance gains, Crysis Remastered Trilogy features improved lighting and visually enhanced characters, weapons, and environments, plus high-definition textures for crystal clear images.

Crysis 2 Remastered and Crysis 3 Remastered, featuring remasters of the single-player campaigns from the original games released in 2011 and 2013 respectively, will launch on the Epic Games Store, Microsoft Store, PlayStation Store, and Nintendo Switch eShop on October 15 for USD 29.99|EUR 29.99 each. Retail editions of these titles on Nintendo Switch will arrive later.

“We’re delighted to bring fans of the Crysis franchise the Crysis Remastered Trilogy, our new all-in-one bundle which will accompany the separate release of the remasters of Crysis 2 and Crysis 3,” said Steffen Halbig, Project Lead. “Players can look forward to reliving the adventure with stunning graphics, smooth frame rates, and high-quality textures on whichever platform they choose, with lightning-fast 60 FPS gameplay available on PC and next-gen consoles, alongside a host of other graphical optimizations. We’d encourage all players to check out the comparison trailers to see the differences themselves.”