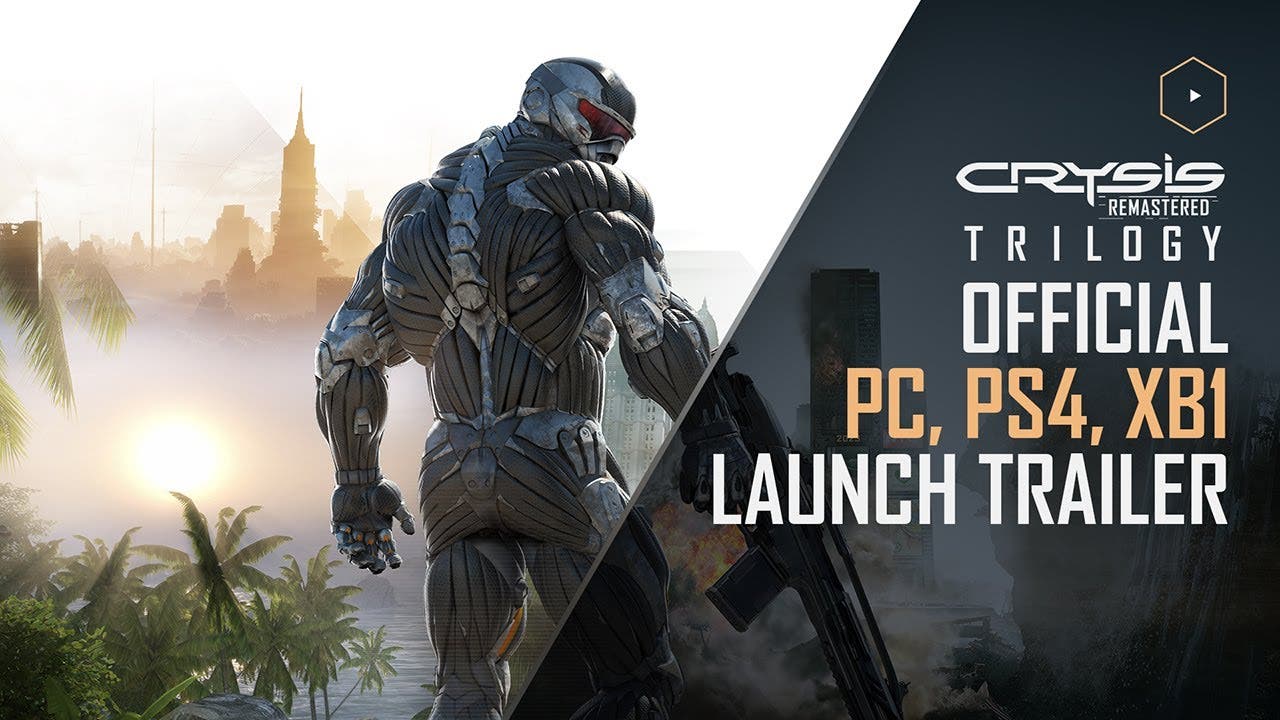 Crysis Remastered Trilogy, the complete collection is out now on PC, PlayStation, Xbox, and Switch

FRANKFURT, Germany – Oct. 15, 2021 – Crytek is delighted to announce that Crysis Remastered Trilogy, featuring the single-player remasters of Crysis, Crysis 2, and Crysis 3, launches today. Each legendary game in this excellent-value, all-in-one collection has been optimized and enhanced to play faster and better than ever before. Following the launch of Crysis Remastered last year, gamers can also buy Crysis 2 Remastered and Crysis 3 Remastered individually.

Crysis Remastered Trilogy features all the series’ famous action-packed gameplay and thrilling battles in sandbox levels updated with improved lighting and visually enhanced characters, weapons, and environments, plus high-definition textures for crystal-clear images. The remasters are optimized towards PC and next-generation consoles for substantial performance gains. For instance, the original games played at an average 720p resolution and up to 30 FPS; the remasters for PC, Xbox Series X, and PlayStation®5 play between 1080p and 4K at up to 60 FPS for beautiful, crisp gameplay.

Crysis Remastered Trilogy is available for PlayStation®5 and PlayStation®4 from the PlayStation®Store,  Xbox Series X|S and Xbox One from the Microsoft Store, Nintendo Switch from the Nintendo eShop, and PC from the Epic Games Store, priced at USD 49.99|EUR 49.99.

Gamers can buy physical copies of Crysis Remastered Trilogy at retail for Xbox and PlayStation platforms, including an exclusive art card.

A physical retail release for Crysis 2 Remastered and Crysis 3 Remastered on Nintendo Switch will follow.

A simple rescue mission turns into an all-out war as alien invaders swarm over the Lingshan Islands. Playing as super-soldier Nomad, you are armed with a powerful Nanosuit equipped with Speed, Strength, Armor, and Cloaking abilities. Use a vast arsenal of modular weaponry and adapt your tactics and gear to dominate enemies in an enormous sandbox world.

Aliens have returned to a world ravaged by climate disasters. As the invaders lay waste to New York and begin an assault that threatens the total annihilation of humankind, only you have the technology to lead the fight back. Equipped with the upgraded Nanosuit 2.0, customize your suit and weapons in real-time and unlock powerful abilities in the battle for humanity’s survival.

New York City has been transformed into a sprawling urban rainforest sheltered by a giant nanodome. Fight through seven distinct districts against human and alien forces, using the Nanosuit’s superior technology to deploy brute force or opting for stealth to achieve your goals. Equipped with a deadly Predator Bow, there’s no wrong way to save the world.