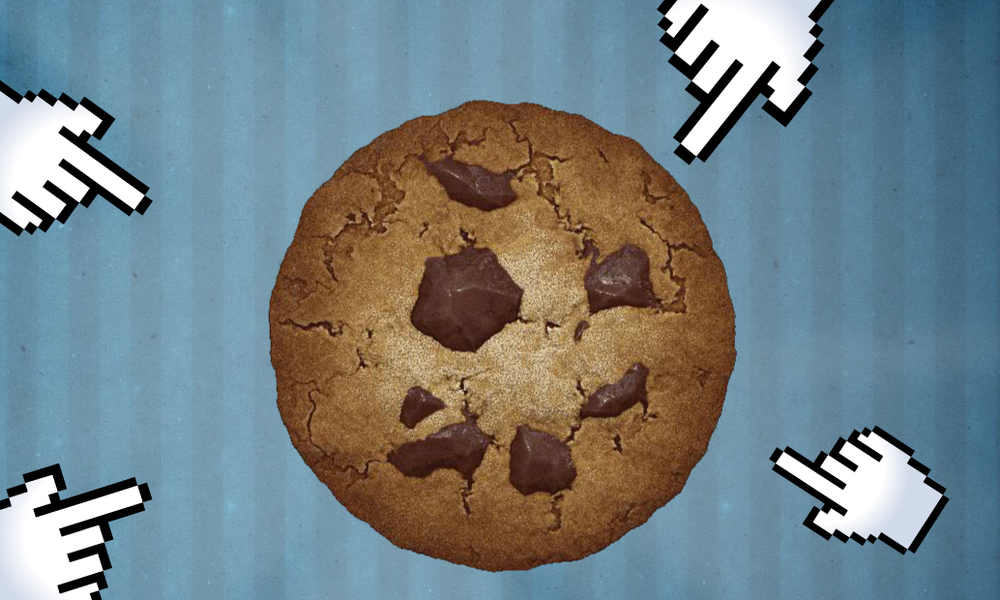 I never thought I would sit here one day and write a review on Cookie Clicker, an idle game of all things. For me, since probably 2014, it has always been this lonely little Chrome tab that just accumulated cookies in the background while I surfed the internet. Who would want to know more about this silly little game I’ve come to enjoy? But with a Steam release, and the ability to import my save, I had to write down a few words on this. A little history first, the game was released back in 2013 by Orteil and DashNet at https://orteil.dashnet.org/cookieclicker/. The game is still constantly updated, and new features have gradually been added over the years. I remember I caught wind of the game from some talk on a gaming website. I googled Cookie Clicker and decided to give it a try. I mean, it was a free web-based idle game, so why not? As I mentioned earlier, I have been playing since 2014 and have had two separate saves over the years. After not being able to transfer a save from an older PC back in 2015, I had to start over, and now my current save is over 1,995 days old, with 25 ascensions. This new Steam release is published by Playsaurus and includes music by C418, and if you’re curious, the Steam version is a carbon copy of what you see on the web.

As with most idle games, the gameplay is quite simple. Just click on upgrades and add more production facilities when you can afford them. In Cookie Clicker, that number is how many cookies you have produced. You start the game with zero cookies, and to earn more, you have to click on the giant cookie on your left, just as the namesake says to do. But as you make more cookies, you’ll be able to afford additional cursors that will auto click for you, then grandmas that will bake more cookies per second, then a farm that will grow more cookies per second, and so on. 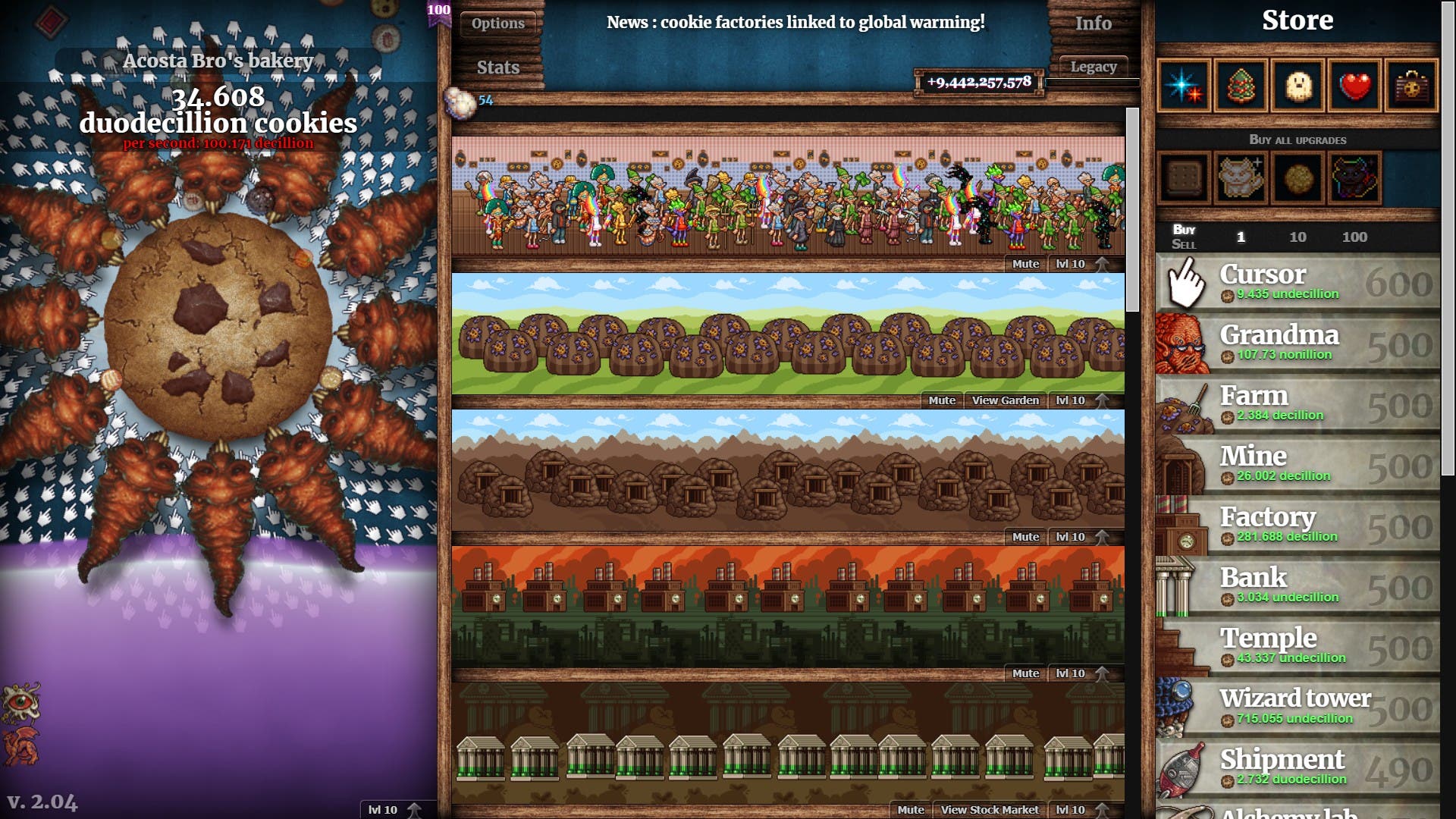 It’s an endless cycle, and there is no real end goal. I’ve set my own end goal of acquiring all the achievements, but those goalposts get moved constantly with future updates as more achievements get added. Along with developing new cookie production facilities, you can use your cookies to purchase upgrades. These upgrades can range from the percentage of cookies you get from buildings to overall cookie multipliers. If you’d instead choose to participate in your cookie production actively, you can keep your eyes open for golden cookies that show up. Click on them, and they will give you bonuses for short periods. Along those lines, you can even activate seasonal events that offer unique cookies to unlock, some that even give you additional perks. You’ll also earn Sugar Lumps over time, which may be used to level up your cookie production facilities or other bonuses. 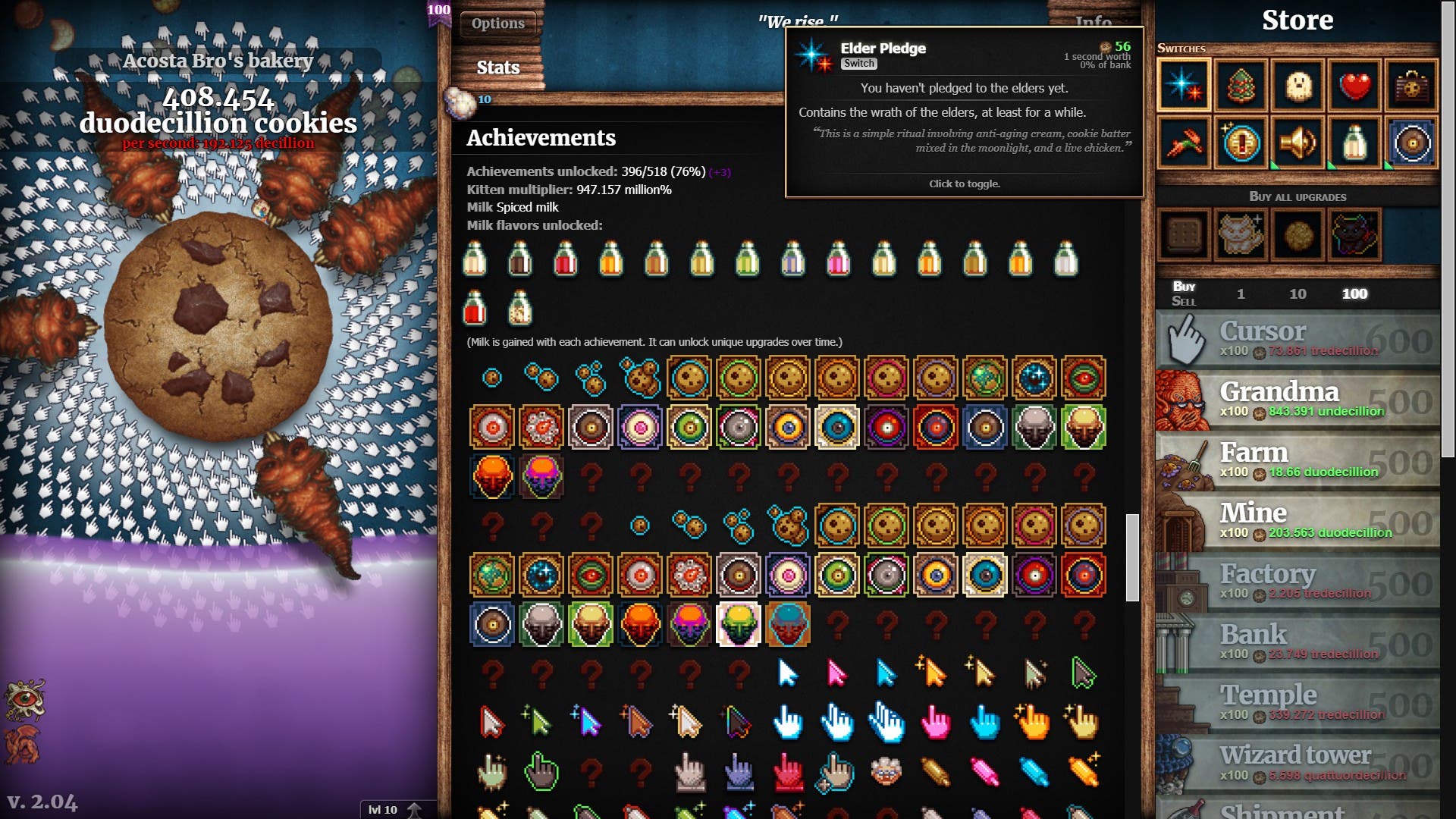 It’s one thing to be enamored with just the clicks, but to make the game a little more engaging, you can pursue some side activities to help raise your CPS, Cookies Per Second. You can upgrade your farm to grow seeds, seeds that can help or hurt your modifiers. That section itself can be a time sink of a game where you can only unlock certain seeds by having seeds breed with one another. You can even get into the cookie stock market and buy/sell stocks in cookie endeavors to raise your cookie totals again. Unfortunately, if you’re looking for something that will keep your attention more so, something more engaging, you won’t find it here. I feel Cookie Clicker is a more laid-back idler than some others out there. Once you’ve felt like you’re producing as much CPS as you can, ascend into a fresh new start. If you’re familiar with the concept of prestiging, ascending starts your run over but with your achievement unlock bonuses activated and any other upgrades that carry over. As you Ascend, though, you will be able to use a third currency you’ve been earning, Heavenly Chips. These Heavenly Chips are slowly gained through your run and are used to purchase upgrades that carry over between ascensions. If you’re wondering about the graphics, this isn’t going to be some graphically intense first-person shooter, but more spreadsheet in nature. That isn’t to say that it’s not pleasing to look at. The screens I’ve attached may look busy, but remember that this is much further into the game. When you start, your screen is straightforward to look at, and as you progress, you’ll get more familiar with the UI, and things become easier to understand. As for the artwork, it’s always been nice to look at, the giant cookie on the left looks delicious enough to take a bite out of, and the number of small animations that are peppered throughout the game are fun and not very distracting. Something new for the Steam version is background music, produced by C418; it’s a nice calming mix of tunes that fit well with an idle game such as Cookie Clicker. 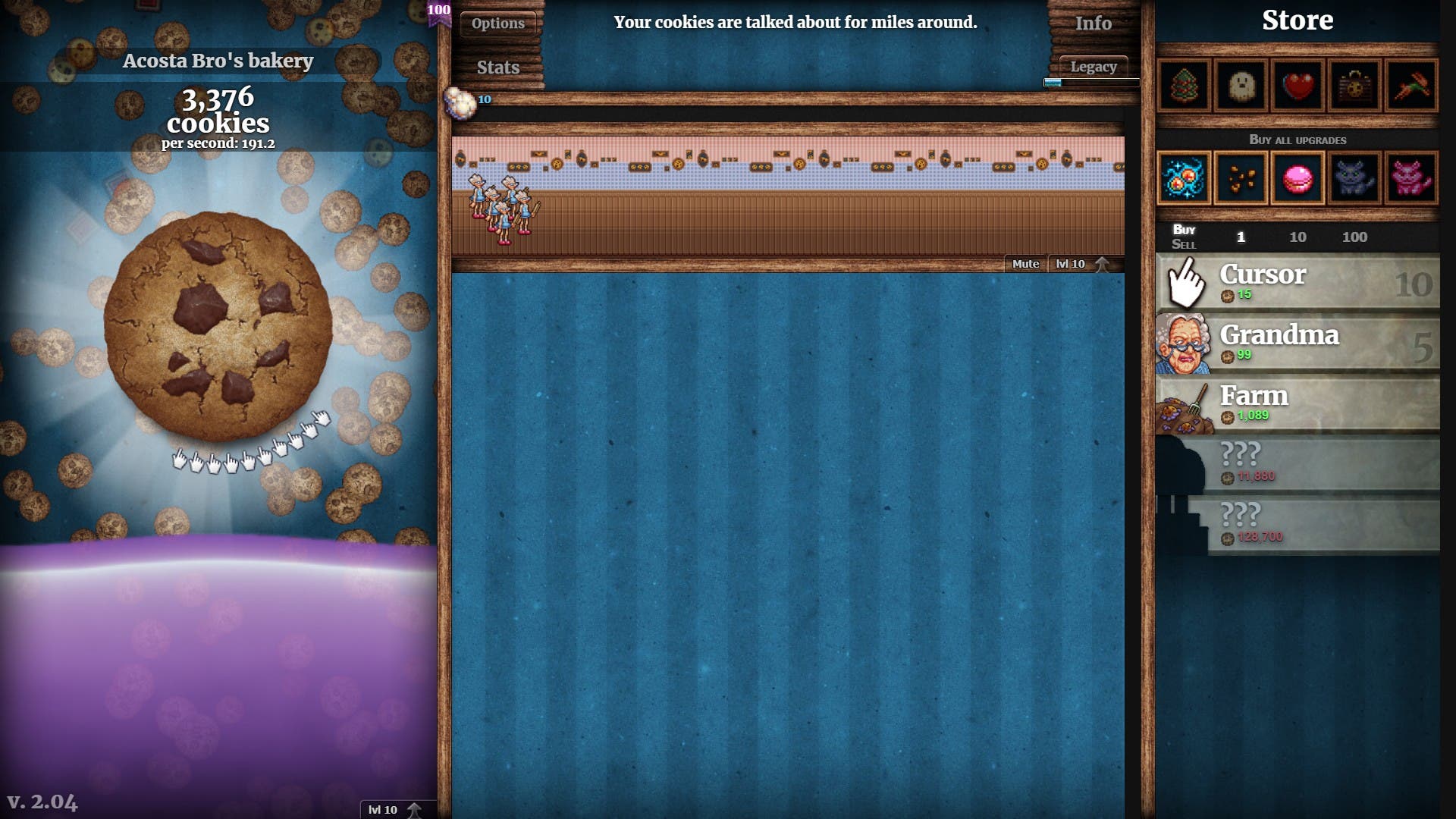 It’s hard to give a score to an idle game like this because many people come at these games from different perspectives. Me, I like to let the game take the reigns and slowly build up my empire, while others may want to be more engaged. If you’re looking at something that will keep your fingers twitching while earning, this won’t be for you. But for how I like to play idle games, Cookie Clicker is #1. Plus, after importing my web save into Steam, I sat there for 5 minutes watching achievements pop, and who doesn’t like that endorphin rush. Cookie Clicker is fun, peaceful, and respectful of your time. You don’t have to babysit this idler and can go at your own pace watching those precious numbers go up and up. Whether you like to manage every aspect and hit things right as they are available or like me, let the game chill while you watch YouTube, Cookie Clicker is tremendous fun. I’ve even baked cookies at home while having the game earn cookies for me; it feels kind of meta, doesn’t it?