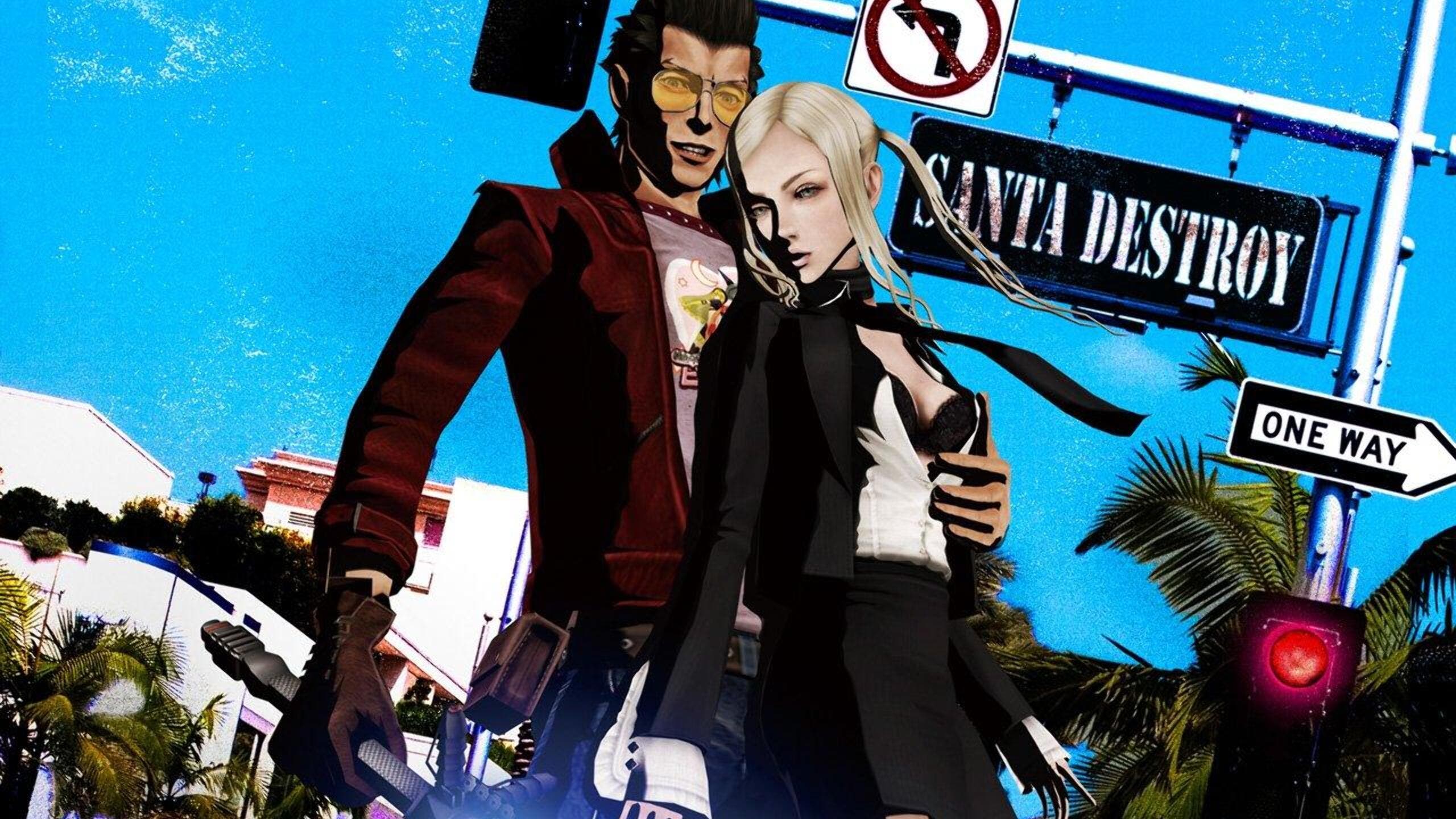 Often hailed as one of the favorite cult hits of the Nintendo Wii, No More Heroes made waves when it first landed in 2007 for its stylish action, over the top humor and unapologetic attitude. It fit right in with the high energy, big personality titles of the era, and infused itself with enough camp, quirk and satire that you would expect from a Grasshopper Manufacture title. It also relied pretty heavily on the Wii Remote as way to immerse you in the combat, which worked well enough for the time but would be challenging to bring into the modern era. Naturally the question here is, can a beloved classic that is so much a product of its era make a successful return in 2021?

For the most part yeah, actually it can, provided you can view the game through the lens of history and understand what it is. When it debuted, No More Heroes was an excellent adventure drawing inspiration from multiple genres, media, and individuals. Travis Touchdown’s look is directly lifted from Johnny Knoxville’s signature style in the early 00’s, along with his devil-may-care attitude and three tiers above crass mouth. Set up with little explanation, you’re unleashed into the first big mission from the outset, killing your way through a mansion full of goons with Travis’ beam katana and learning the ropes as you make your approach to the boss so you can take him down and claim his rank on the list of the best assassins in the world.

Travis just wants to be the best! That’s it! His sole motivation is to be #1 at any cost, and with the first boss down and your rank of #10 firmly established, so begins your journey in earnest to the top. From there, things only get stranger. No More Heroes is a bizarre blend of grindhouse flicks, samurai films, and American action movies, set  in the context of a world that was clearly leaning into the Grand Theft Auto style of open world that was incredibly popular at the time. The town of Santa Destroy looks like it’s lifted straight out of the San Andreas concept pile. 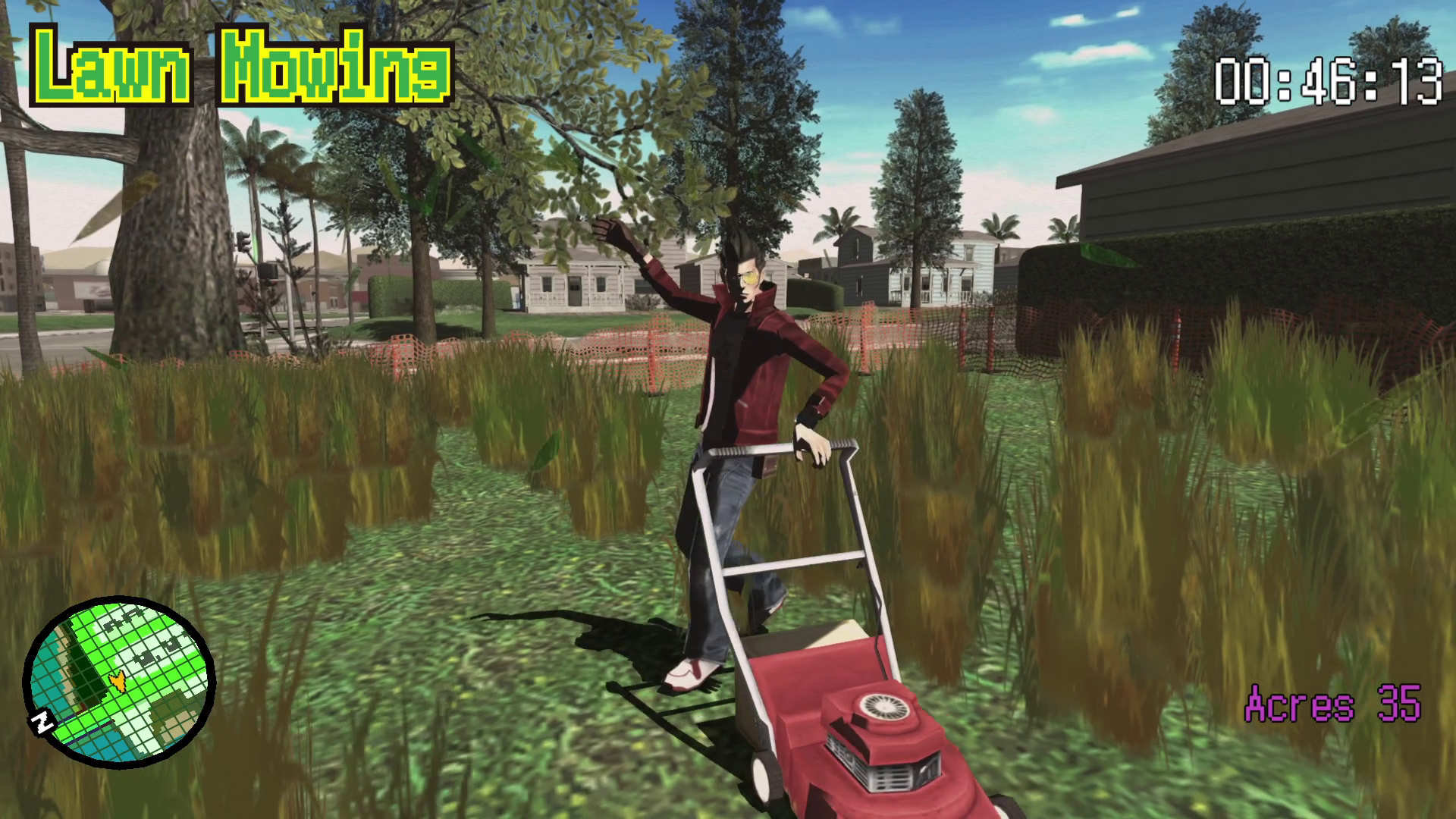 The structure of the game though belies some problems with game design of the era. The best parts of No More Heroes are when the story is playing out, or when Travis is mowing his way through waves of henchfolk who have deceived themselves into thinking they have even the slightest chance of challenging him. As campy as the story and the line deliveries can be, it still works because it doesn’t take itself remotely seriously, and it’s every bit as fun to experience as it was 14 years ago. Similarly, the combat, although a little bit dated, is still really fun and has been nicely updated to work on gamepads with dual thumbsticks in place of motion controls. It’s definitely not the same feeling as swinging a Wii Remote around, but it’s enough to feel satisfying.

The in between parts, though, are where the game suffers and shows most of its age. Travis can’t simply run from ranking battle to ranking battle; he has to pay up an entrance fee ahead of each one, the costs of which increase at every rank.  Since Travis is broke as a joke and living out of a crappy motel room, he has to take on odd jobs or extra missions to earn the cash he needs to take on his next opponent. The mini games that you engage with are actually not bad; I never thought I’d enjoy collecting a bunch of coconuts or mowing a lawn as quickly and precisely as possible, but the short time limits on the games keep them from being too much of a chore. The assassination missions you can take on give you a chance to practice combat with unique constraints to force you to get better with using all of its various features, and there’s decent cash to be earned.

Exploring Santa Destroy on your ridiculously anime motorcycle, though, is a chore that’s tedious from the get go and you will spend a lot of time riding around from place to place, especially considering the locations you get your jobs or missions from are separate from where you go to carry them out. I found myself focusing quickly on how to optimize my time spent between missions to minimize my time in the streets and make progress toward the next ranking battle as fast as possible, because that’s where the real meat is and it’s what I wanted to get back to. I think there are decent pacing reasons to keep the missions in between (the game would be pretty short without them), but having to drive around the sparsely populated Santa Destroy as much as I did felt like a huge drag in an otherwise still fairly entertaining adventure.

The game launched on PC with some minor technical issues but they were ironed out pretty quickly after release and I’ve found it’s extremely stable and reliable.  It’s a little odd playing a game of this style on a modern system because the design constraints imposed on the game by the Nintendo Wii’s hardware are so obvious as you play, but it’s also a fascinating study into how Grasshopper Manufacture used a variety of artistic and technical approaches to achieve a distinct style that packed what was a really big world onto a tiny system back in its day.

If you’ve never had the chance to experience No More Heroes before, this is as good an opportunity as any to get in and see what it’s all about. It holds up well enough to still be enjoyable, and if nothing else is a great opportunity for the series to finally reach a wider audience, and hopefully win over a new swath of fans in the process.