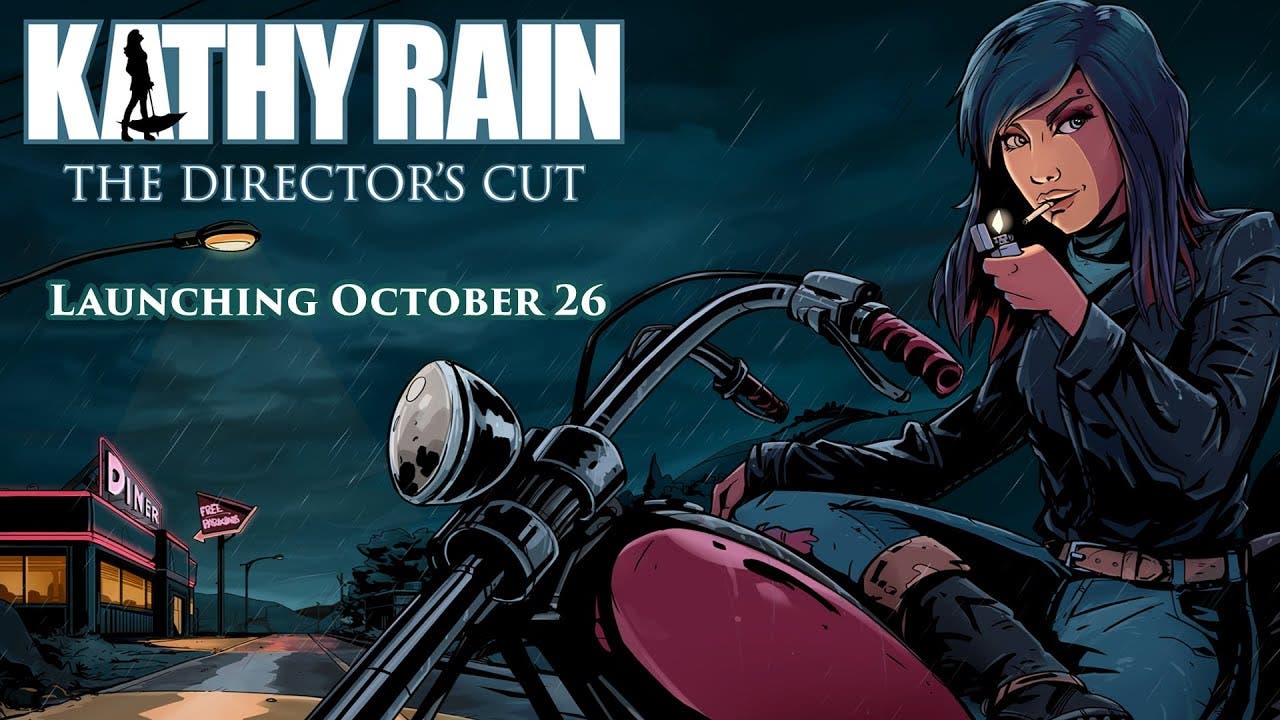 Kathy Rain: Director’s Cut extends and reimagines the point-and-click from 2016 on October 26th

STOCKHOLM — Oct. 7, 2021 — Kathy Rain: Director’s Cut, the revamped point-and-click mystery adventure game, will launch on October 26 for Windows, Mac, and Linux via Steam and GOG.com, as well as Nintendo Switch, iOS, and Android. Today’s new trailer, narrated by Arielle Siegel, the voice of Kathy, breaks down some of the updated features on the original 2016 game coming in this new edition.

Kathy Rain follows a burgeoning journalist as she investigates the mysterious death of her grandfather. Set during the age of laser discs and landlines in the 1990s, Kathy is armed only with her trusty motorcycle, a notepad, and her wits. Traveling all over her hometown of Conwell Springs, Kathy will uncover a local mystery that takes her on a tumultuous journey. What secrets are the people of this town hiding? Piece together the clues and follow the leads to discover the truth!