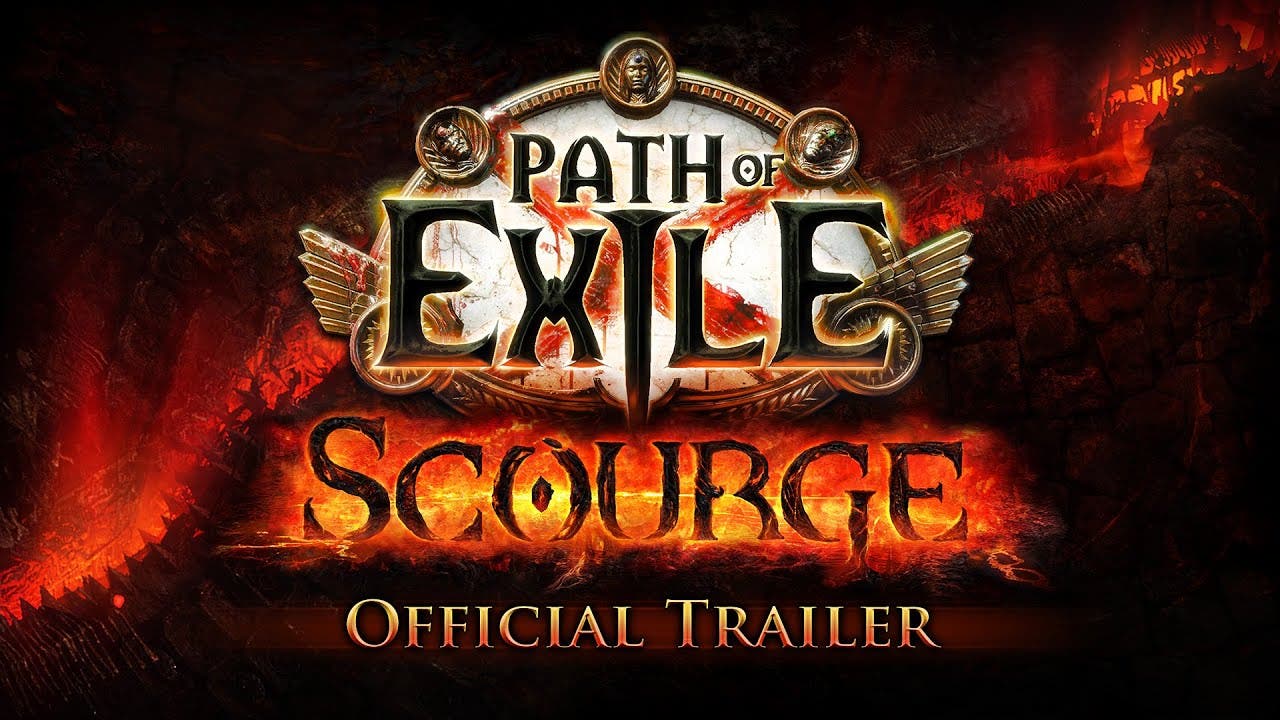 Scourge expansion for Path of Exile is coming October 22nd, in it you’ll fill the Blood Crucible of the blood of your enemies

Auckland, New Zealand — October 14, 2021 —  Grinding Gear Games announced today via livestream on Twitch, that Path of Exile’s latest free expansion, Path of Exile: Scourge, will launch on October 22 on PC, and October 27 for PlayStation®4 and Xbox One.

In Path of Exile: Scourge, players will implant a device known as the Blood Crucible into their bodies, allowing them to fill the device with the blood of slain monsters that they fight. Once players gain enough blood, they can activate the device, allowing them to travel to a parallel, apocalyptic Wraeclast, overrun by demons known as The Scourge. Players must balance their time in the alternate Wraeclast, as the longer they’re there, the more damage they take.

Players can insert items into the Blood Crucible, allowing the item to absorb corruption from the parallel reality while slaying The Scourge. . Kill enough Scourge, and the item is ready to transform. When it does, it becomes corrupted and gains a pair of Scourged Modifiers. One of these is a beneficial mod and one is a detrimental mod. These scourged mods are in addition to the regular explicit and implicit mods or enchantments placed on the item with high risk, high reward mechanics. These detrimental mods can significantly raise the requirements of the item, penalize the character’s stats (such as resistances) or outright turn off various mechanics like the ability to deal fire damage or gain charges. The goal is to balance these beneficial and detrimental mods to create  a very powerful item. All equipment can be scourged  and transformed up to three times, each time offering the opportunity to get a better pair of mods.

Inside the alternate Wraeclast, players will also find Tainted Chromatic Orbs, Tainted Jeweller’s Orbs, and Tainted Orbs of Fusing to modify the sockets in their corrupted items. Additionally, as players slay the Scourge and other monsters while shifted, the Blood Crucible gains experience and can level up. Players then can allocate its skill points in their own passive skill screen, which allows it to specialize in many aspects such as unlocking additional item slots, faster item transformation, better transformation outcomes, the ability to transform unique items, and so on. It’s possible to eventually allocate every single one of the Blood Crucible’s skills, but it requires a lot of demon-slaying.

Additionally, Path of Exile: Scourge offers players the ability to place maps in the Blood Crucible, alongside their equipment. When a Map absorbs enough corruption and transforms, it gains a beneficial and detrimental effect in the same way that a piece of equipment does, but can also gain a modifier that changes the behavior of Scourge league in that map entirely. Maps can be transformed up to ten times, increasing their risk and reward substantially each time, but be careful not to transform these maps too many times as they may become too dangerous to complete.

To learn more about the updates coming in Path of Exile: Scourge, check out the full VOD of the Twitch livestream which aired today.

To learn more about Path of Exile, go to https://www.pathofexile.com/ or check out