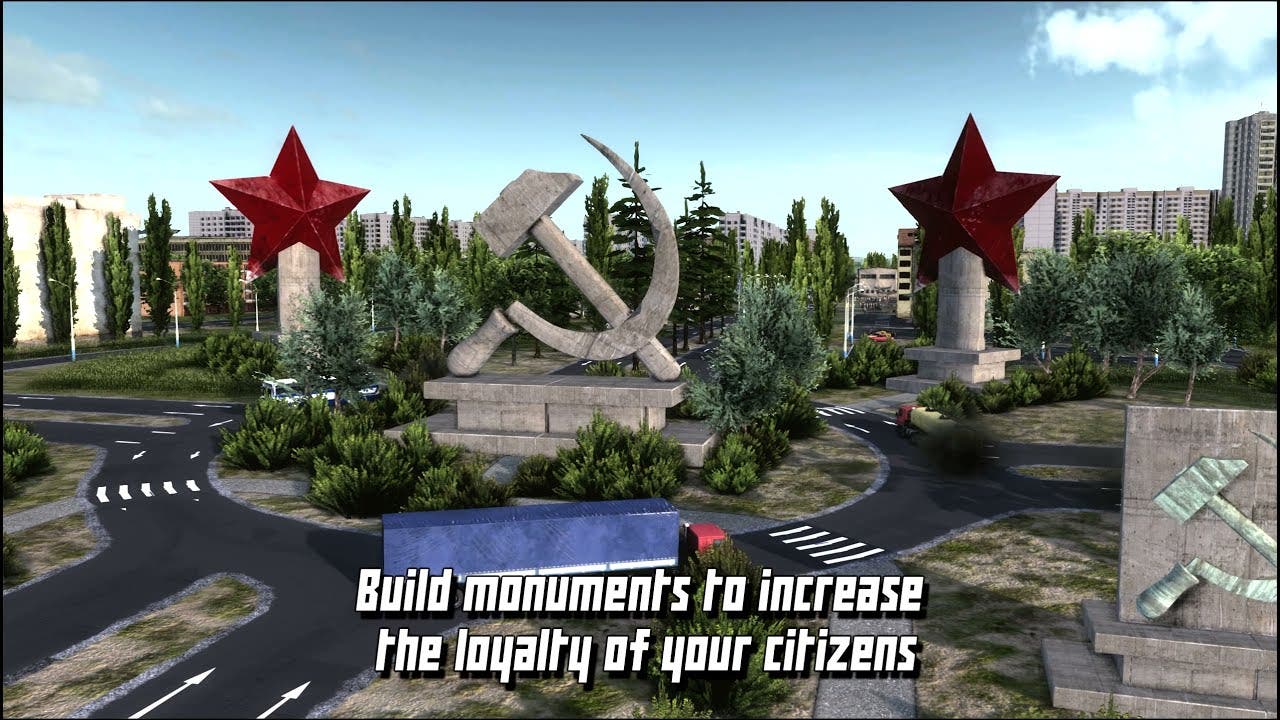 Content Update #8 sees the implementation of the new Government Loyalty game mechanics and a new GUI.

Every citizen has government loyalty. The higher the loyalty the more productive they are at work and the less negative influence they have on overall happiness. Citizens with lower loyalty can be restricted from working within certain critical jobs such as school, TV or radio stations, to reduce the risk of negative influence (and therefore lower government loyalty) over students or other citizens. More information on government loyalty can be found here:

Using community feedback, the GUI has been updated for ease of use. There is a new construction menu with customizable screen positions and a quick stats tab to access information on your citizens as well as your republic’s economy. More information about the new GUI can be found here:

Workers & Resources: Soviet Republic was successfully launched on Steam Access in March 2019 and will continue to receive regular content updates throughout the Early Access period leading to full launch.