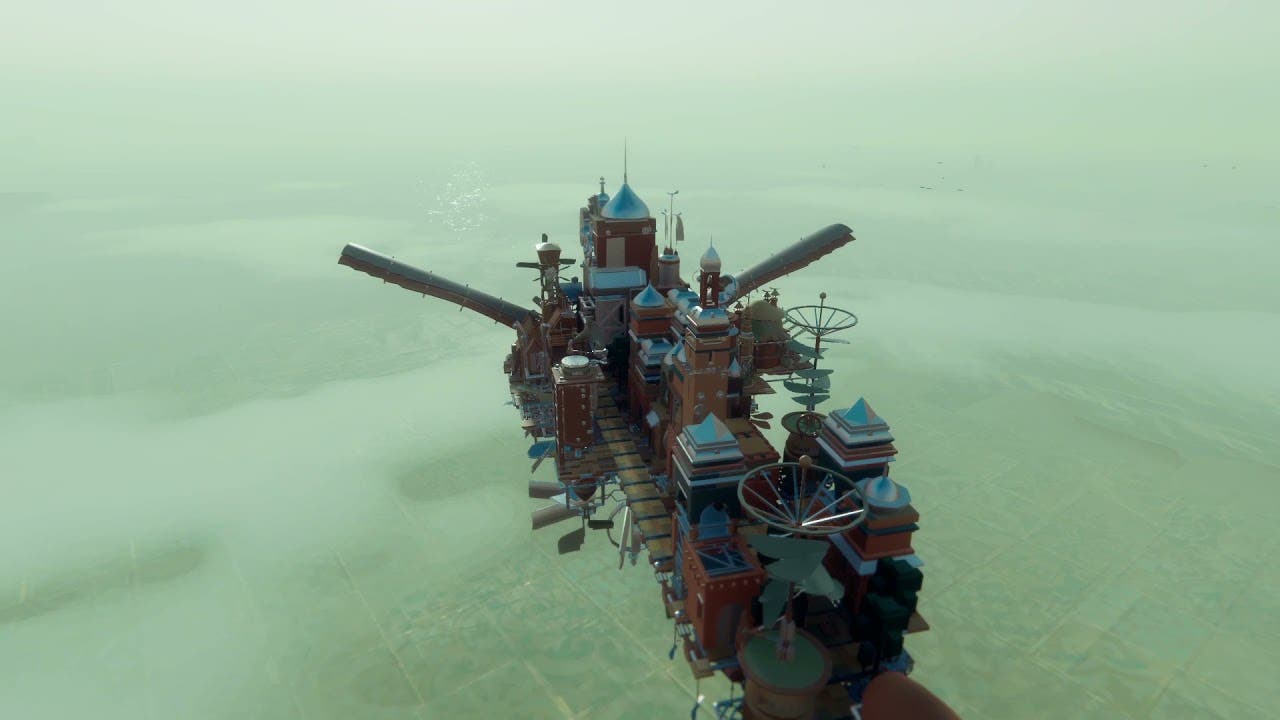 City-builder in the sky Airborne Kingdom soars onto Xbox, PlayStation, and Switch today

Once a vast world thrived in peace and harmony thanks to the wonder of the Airborne Kingdom, until one day, it simply vanished. Unity between civilizations crumbled, leaving those left to simply look toward the empty skies, eventually forgetting what they were looking for at all. The return of prosperity can be felt through the wind as an old legend returns anew to reawaken the stale horizon.

Ascend to the skies traveling across open, randomly generated landscapes in a legendary flying city. Bring serenity back to the world below by constructing thriving and philanthropic metropolises both in the air above and on the earth below. Trade with soil-dwelling clans, gather materials, and explore vast ancient ruins. Research and establish homes, water systems, food silos, and more to propagate a thriving society in the clouds.

The console version of Airborne Kingdom includes New Game Plus, adding new challenges to overcome. Other features include new town center units to assist in maintaining comfort levels for residents and randomized elements ranging from questlines to kingdom piece placement.

“Airborne Kingdom provides a relaxing and stress-free open-world,” said Ben Wander, lead designer, The Wandering Band. “The opportunity for creativity is endless and we hope the serenity the game’s story describes can be felt through its gameplay. Possibly even bringing peace to the legendary console wars!”

For more information on Airborne Kingdom, please check out the official website and join the community on Facebook, Twitter, Discord, and search for #AirborneKingdom on social media.