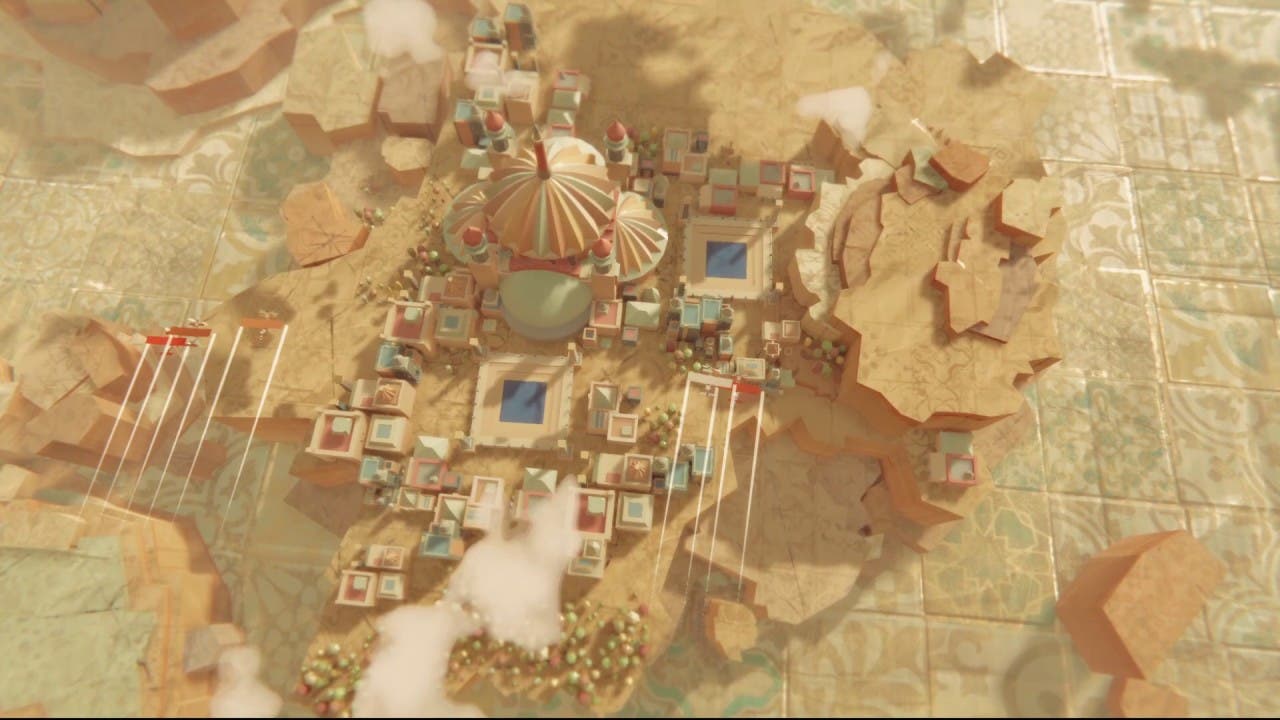 Airborne Kingdom is a city-builder that takes place entirely in the sky, coming to PC via the Epic Games Store this fall

June 13, 2020 – The Wandering Band is proud to announce that pre-orders are now open for its flying city builder Airborne Kingdom available for Windows PC and Mac exclusively on the Epic Games Store. This week only, Airborne Kingdom can be pre-ordered for a discounted price of $19.99.

A new trailer (first revealed at the PC Gaming Show) has also been released, revealing more of Airborne Kingdom’s intricate and imaginative world-building, from palatial spires and structures that rise out of its flying cities to the diverse assortment of biomes lying in wait miles below.

In Airborne Kingdom, a city-building game like no other, players will assume control over their own unique sky city, building and managing a kingdom in the clouds even as they work to maintain lift and explore the furthest reaches of a mysterious landscape below, known only as The Barrens. Leading and advancing a civilization high above the earth is no easy feat, and players will seek to unlock the lost technologies of the Ancients in order to restore harmony to the world and build bridges between peoples separated long ago.

A gorgeously rendered and inviting strategizer that exists at the intersection of high fantasy and construction/management simulation, it represents not only a daring mash-up of beloved genres but a vision of that most sought-after variable in gaming: something new.