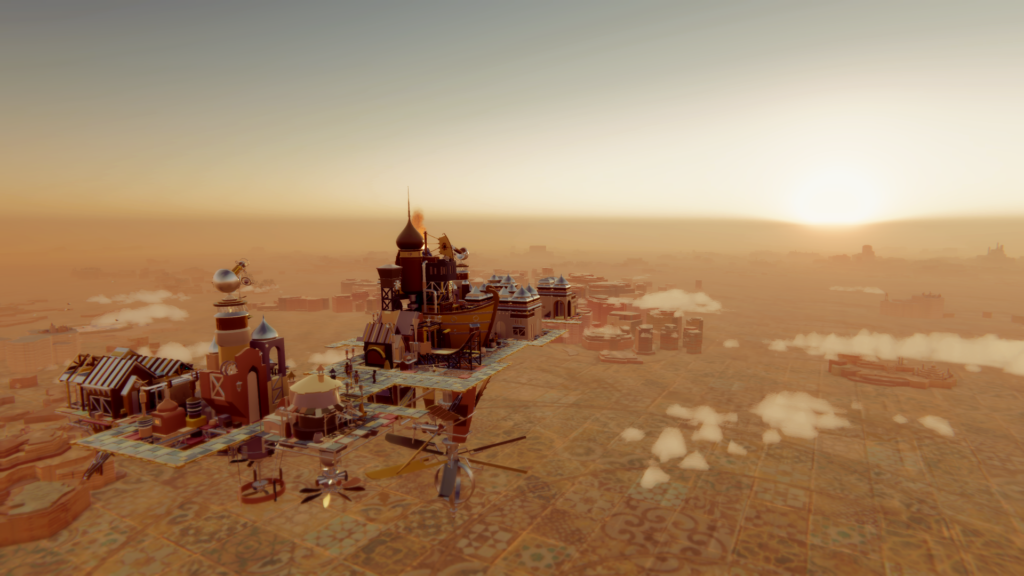 March 7, 2022 — Airborne Kingdom, a unique flying city-building adventure, has delighted players and critics since its 2020 release — earning a BAFTA nomination for “Debut Game” along the way. Today, The Wandering Band and Freedom Games are proud to announce that Airborne Kingdom is now available on Steam, giving even more players the chance to experience its themes of reconnecting the world and bringing about a new age of peace.

In Airborne Kingdom, you simultaneously balance the needs of a growing community and your flying kingdom’s structure while exploring a procedurally generated world. You ignore gravity and other flight principles at your city’s peril. Master your expanding metropolis and you can help rebuild the world as it once was before the legendary Airborne Kingdom vanished.

Airborne Kingdom is now available on Steam for PC and Mac, as well as Epic Games Store, PlayStation 4, Xbox One, and Nintendo Switch. It’s priced at $24.99 across all platforms, with a limited-time promotional 20% off discount on Steam.

In addition to the Steam release, The Wandering Band wants its fans to know that Airborne Kingdom‘s adventures aren’t over yet. Additional content is coming to all platforms in 2022, with more information to come. 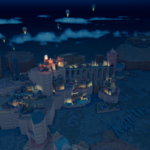 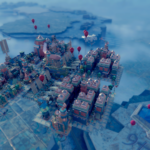 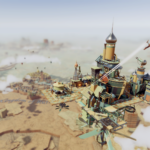 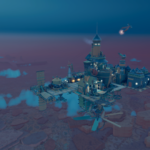 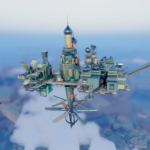 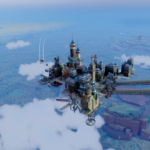 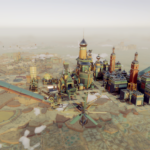 About The Wandering Band
The Wandering Band is a small umbrella for creating interesting games while wandering the world and expanding horizons. With decades in AAA game development working on franchises including Dragon Age and Battlefield, The Wandering Band team aims to create new experiences, challenge genre boundaries, and explore new topics through game mechanics. To learn more, please visit The Wandering Band’s official website.

About Freedom Games
Freedom Games is a publisher dedicated to offering best-in-class services to partners and providing players around the world with unique and memorable experiences. With over 50 years of combined industry experience at the executive level, Freedom Games seeks to leverage its expertise to facilitate great games and even better publishing experiences. For more information, check out the official Freedom Games website.